Thanks to their revelatory understanding of the world and their often forthright way of explaining it to you, being in the company of children can be a striking experience. Different objects and ideas are endlessly fixated upon, and narratives and characters developed that weave around the everyday. In a sense, the way children probe reality correlates with artistic enquiry.

It is odd, therefore, that 'Girl', an exhibition focusing on pre-teen girls, did not benefit from the curiosity and endless idiosyncrasies of its subject matter. The all-female show was limited by the standard of the works, most of which were largely concerned with a nostalgic sense of girlhood as opposed to the interrogation of memories, or the filtering of experience.

The selection of works by curator Angela Kingston was thin and patchy: the show managed to ramble without covering much ground and its video programme was, at times, too embarrassing to watch. In Jennet Thomas' video Important Toy (1997), for example, a toy comes to life, behaves in a sinister fashion, and is destroyed by its young female owner. This dull and predictable story was not aided by atrocious acting and clunky special effects. However, Sarah Pucill's Backcomb (1995) was worse: a girl's hair grows until it ensnares a table set for a meal. Clumsy camera-work delivers this lumpen wig-fest with utter gracelessness. Jo Lansley and Helen Bendon's surreal narratives, The Sweet Smell of Success (1997), Trap (1998), and Girl (1998), were the exception. Initially suggestive of parables, these seamless accounts of excursions with best friends veer pleasingly into the nonsensical.

Most works were unresolved, perhaps a playfully reflexive strategy of choosing immature pieces as a way of exploring pre-adult states. Lacking any clear point, Claire Carter's Whatshername (1998-2000) consists of a thousand up-ended brooms with cheap necklaces placed on their bristles. There was also an over-abundance of Denise de Cordova's work, none of which related to any apparently cogent idea, or possessed the playfulness of well-made toys.

Nicky Hoberman's lurid paintings depict little girls as unreal beings, a sense heightened by their featureless ground and the girls' immaculate smocked dresses. Chantal Joffe's small portraits were also an obvious inclusion, but they lack the psychological bite of her larger paintings evoking playground dynamics. A reductive notion of girls' creative hobbies informed many pieces. Hoarding and embellishing inspired Tamsin Penders' Community of Objects (2000), a suspended assortment of found objects, which suffer from whimsical decoration with coloured cotton. However, Mikey Cuddihy's arabesque detailed paintings did not succumb to sentimentality:

her cut-out notebook pages are unflinching in their revelation of private thoughts. Appropriated imagery and songs from girlhood featured in Meera Chauda's photographic collages, in which Alice in Wonderland and Hanuman the Hindu monkey god were combined to little effect.

An exhibition of Victorian paintings accompanied 'Girl'. These portraits of girls in various narrative settings presented ideal notions and didactic visions, and although a small selection, explored concerns such as class, the implications of cultural packaging and social stereotyping, the dynamic between parents and daughters, and the conflation of rural and urban experiences. It was, in other words, a more thoughtful viewing experience than that presented by the contemporary work.

From the start, 'Girl' had me feeling quite contrary. Once the women-only list of participants had been stomached, there was the catalogue to be digested, replete with text in pink gingham checks, and a line of machine-stitched thread around the cover. It was a show which registered visually and mentally at a level similar to the aisles stacked with pink plastic toys for girls at Toys'R'Us. It seems obvious to state, but girls are not simple, simplistic consumers - although the market research presented in the catalogue did its best to reduce them to a narrow set of wants. 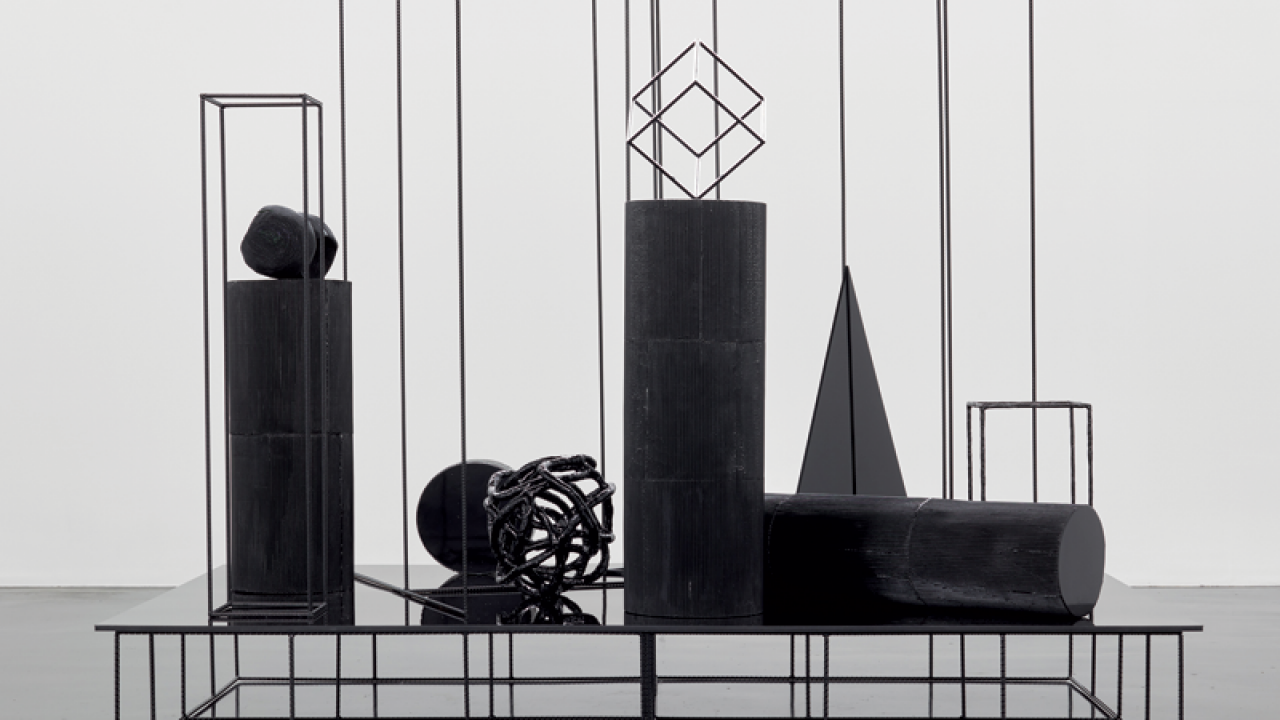 Reviews
R.I.P Germain Positions Mourning as an Act of Activism

Reviews
Under the Duvet with Hervé Guibert