Silas Martí is a contributing-editor of frieze based in São Paulo, and staff visual arts, architecture and design writer at Folha de S.Paulo newspaper. 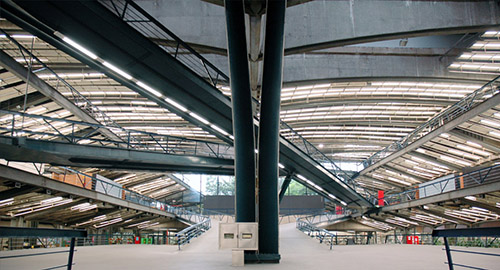 While this will be remembered forever as the year the crowds took to the streets of Brazil in the June uprisings, 2013 wasn’t the most memorable in the art scene here. But a few exhibitions gave it some lustre. Without the Bienal de São Paulo, the art circuit in the country’s biggest city becomes a little lazy, as museums and galleries prepare their blockbuster shows to coincide with the big exhibition next September, but some jewels could be found in the white cubes around town nonetheless.

Ending a cycle of lethargy, the Bienal de Arquitetura de São Paulo this year had its tenth outing – and what an outing. For the first time in its history, the show left the domains of Ibirapuera park to sweep across the city, occupying a range of venues, from the Centro Cultural São Paulo, a sprawling underground gallery nestled between two huge traffic corridors, and even a quaint little apartment with a view of the Minhocão, the overpass that some want to convert into a ‘Paulista’ version of New York’s High Line. The show, which centred on the discussion of urban mobility, was a major success, especially following the heated protests with concerns over the crisis in public transportation.

Sticking to architecture, the controversial edition of the Panorama da Arte Brasileira was another highlight. Curator Lisette Lagnado did away with the usual survey show of emerging artists to create instead a provocation disguised as an exhibition. She attacked the fact that the Museu de Arte Moderna, which hosts the show, has for the past 40 years occupied a building that was meant to be temporary by asking architects and artists to come up with projects for a new museum building, one capable of finally showing its entire collection, mostly invisible due to lack of space. And she got the point across by removing the building’s walls and changing the position of the entrance to reflect the original proposition by Lina Bo Bardi, the architect who refurbished the space three decades ago. 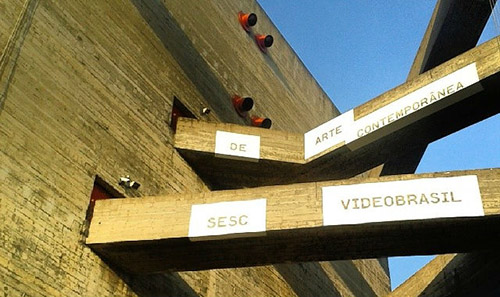 At the Sesc Pompeia, a venue designed by Bo Bardi, the 18th edition of the Festival de Arte Contemporânea Sesc Videobrasil showed signs that it’s time to rethink video’s position in contemporary art, which has become much too hybrid to be classified in terms of medium or technique. The major strength of the show was to include paintings, installations and performances along with the traditional line-up of videos from the so-called global south, or spaces undergoing massive geopolitical transitions. It was a good show all around, but maybe what deserves special attention is the massive on-line catalogue that now allows one to search through the entire history of the festival linking contents from all editions all the way up to now, a major undertaking that shows just how much went on in this field ever since the festival began. 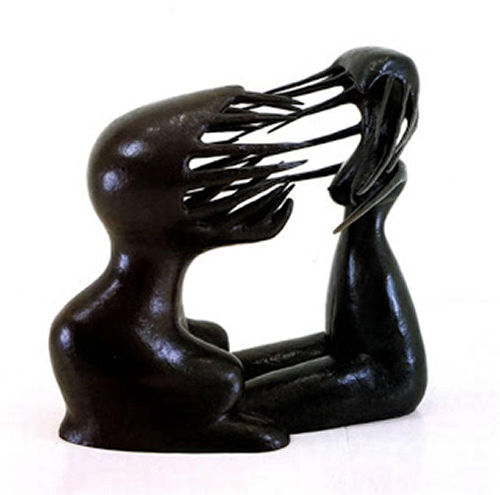 Some major solo shows also deserve to be remembered. Maria Martins, the Brazilian surrealist sculptor, had a generous review of her entire oeuvre on show at São Paulo’s Museu de Arte Moderna. Beautiful, to put it simply.

Two other historical figures were also remembered. Waldemar Cordeiro and Geraldo de Barros, the masterminds of concrete art in São Paulo, had simultaneous exhibitions. While Cordeiro had his biggest retrospective to date at Itaú Cultural, Barros had his classic 1980s ‘Jogos de Dados’ series displayed in its entirety: 55 works hanging back to back, at Sesc Vila Mariana. 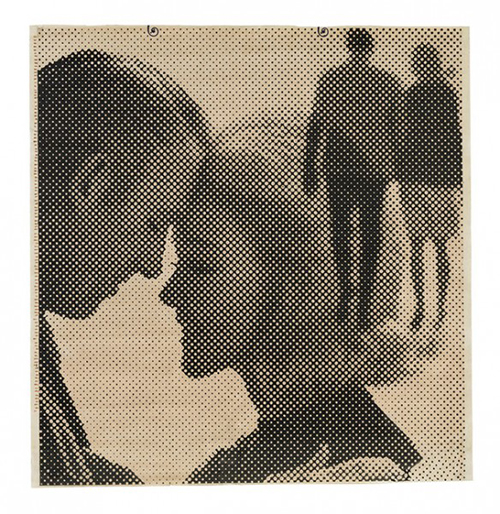 Closer to the year’s end, the I*nstituto Moreira Salles* unveiled a major retrospective of Italian photographer Luigi Ghirri’s work. Little known in Brazil and in much need of remembrance worldwide, Ghirri’s shots of post-modern Italy and the sheer ugliness of postwar readymade urban design are delightful to see in their full body and colour.

Another show that opened recently is as cerebral as it is enchanting. The Centro Universitário Maria Antonia commissioned a new work by Cildo Meireles. At first glance, it’s an empty room, but once inside one starts to notice the floor isn’t quite flat and the corners of the room are slightly twisted, giving the impression the entire space is being crumpled up. The installation sits between two other shows. One is a retrospective of modernist architect Gregori Warchavchik’s oeuvre and the other is made up of photographs by Mauro Restiffe of the Cícero Prado, one of Warchavchik’s biggest apartment buildings in downtown São Paulo. It’s Brazilian modern architecture rehashed in a single, powerful blow.

And let’s not forget Rio. The Museu de Arte do Rio, which opened this year as the first in a wave of museum inaugurations that will take over the city in the coming years as a countdown to the World Cup and the Olympic Games, has staged some noteworthy shows already. Solo exhibitions by Yuri Firmeza and Berna Reale were both breathtaking, the first for opening a new stage in this artist’s restless research into architecture and performance, and the second for giving this newcomer from Belém a major show in the country’s former capital.

Also at MAR, a massive show narrating the development of experimental art in the northeastern state of Pernambuco (‘Pernambuco Experimental’) is one of the most amazing experiences of the year in Rio. In a sense, this seems to be the moment for Pernambuco to shine, not only in the visual arts but also in film. 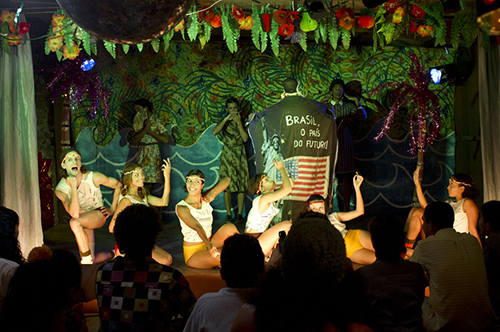 Hilton Lacerda’s debut as director with Tatuagem, a movie about an experimental theatre troupe during the heaviest period of the country’s dictatorship has shaken the Brazilian film scene with one of the most powerful pictures since the re-establishment of the country’s film industry in the 1990s, coming just one year after Kleber Mendonça’s O Som ao Redor, a powerful investigation of Recife’s new middle class.

So what am I looking forward to next year? For one thing, I’ll be keeping my eyes open for whatever next comes out of Pernambuco. Second, the Bienal de São Paulo, curated by Charles Esche, promises to be the next big thing on the horizon here.