BY Christian Nyampeta in Influences | 19 DEC 17

This is a brief reflection on some of the books that have had an impact on my thinking. Some I am reading for the first time; others I am revisiting or planning to read.

In 2012, I began working on a translation of Comment vivre ensemble (How to Live Together), a series of lectures delivered by Roland Barthes at the Collège de France in 1977. But, shortly after I declared my intention to do so, Columbia University Press published a translation by Kate Briggs – How To Live Together: Novelistic Simulations of Some Everyday Spaces – so I started doing something else. That something else, though, includes an ongoing exploration of what constitutes a ‘living space’. I am also very interested in ideas around the ‘hereafter’.

A novel rests on the idea of inventing a possible world and presenting it as if it were real. But what if the place that the author creates is not so different from an actual world? This would make the novel a resource for learning about the past, the present and the future. This is useful in cultural spaces where history and the terms of a just future are contested. According to the theorist Olivier Nyirubugara, in his book Novels of Genocide: Remembering and Forgetting the Ethnic Other in Fictional Rwanda (2017), this is the case with Rwanda. I am currently reading every Rwandan novel. Some of the authors complicate how a historical event divides time into ‘before’ and ‘after’. For example, Gilbert Gatore’s Le Passé devant soi (The Past Ahead, 2008), an account of the 1994 genocide in Rwanda, is written as a story within a story. Niko, a mute, is forced to kill, to lead a militia that kills thousands of people and then to flee. In a parallel story, Isaro, whose relatives were killed during the genocide, renounces the comforts of her adoptive family in France and returns to learn more about what happened. But Niko’s story is the result of Isaro’s quest. What does it mean to be one of those who must kill or be killed? Or to be someone whose loyalty is in doubt or who has survived? 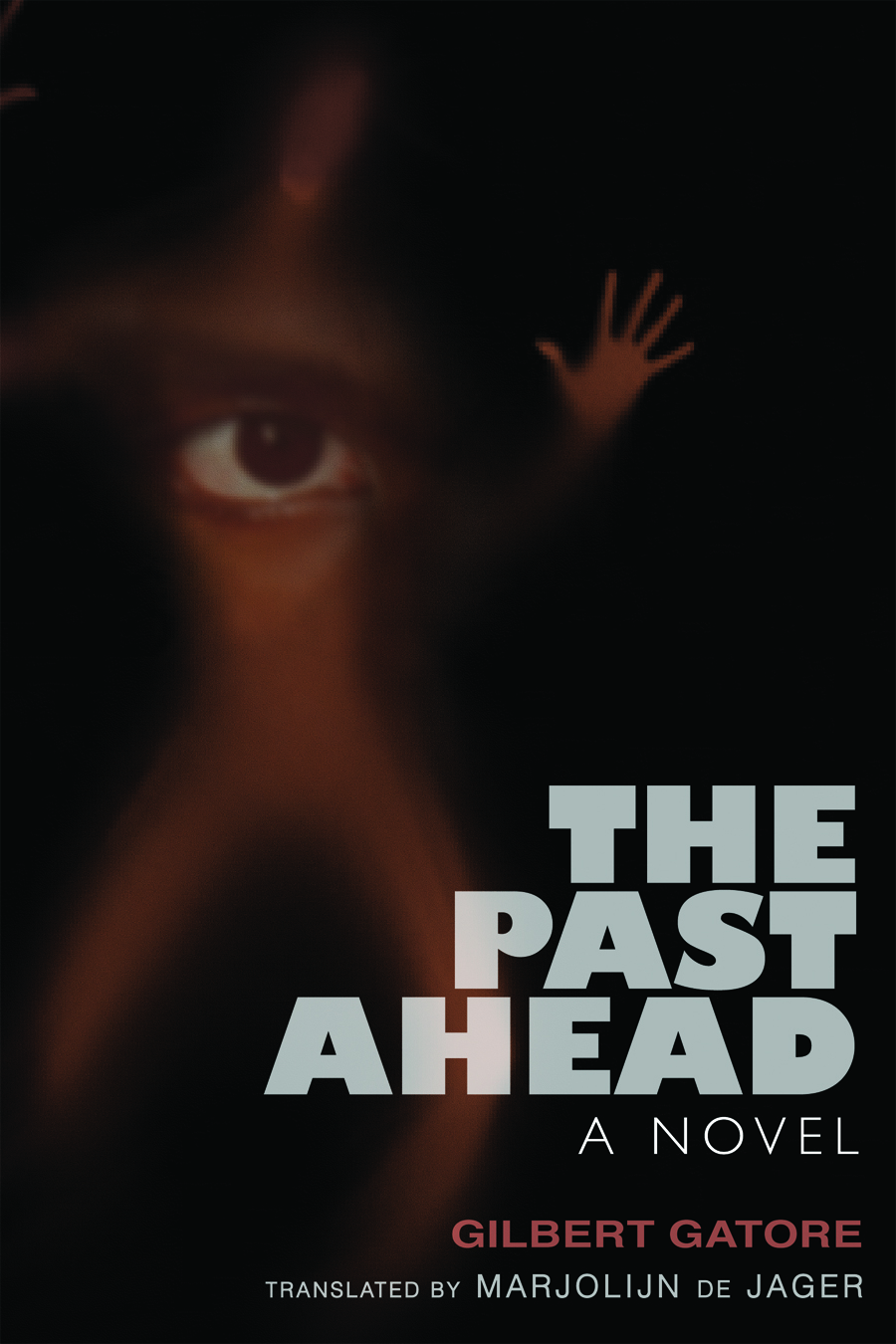 Ali A. Mazrui
The Trial of Christopher Okigbo (1971)

This novel narrates a fictional trial of the late Nigerian poet Christopher Okigbo who, upon his death, is put on trial in the ‘hereafter’. There is confusion about how Okigbo should spend his eternal life in ‘After Africa’. According to the prosecution, Okigbo’s life in the ‘herebefore’ was a contradiction: the poet confused universal heroism with parochial martyrdom. For example, when thousands of artists, musicians, performers and writers from across Africa and its diaspora gathered in Dakar to take part in the inaugural World Festival of Negro Arts in 1966, Okigbo received the First Prize for poetry, but he rejected it, declaring: ‘There is no such a thing as Negro Art!’ Art has no nation and no race, yet Okigbo died on the battle­field the following year, fighting for Biafra, seeking cessation from the Nigerian state. The book contorts time, moving across spectrums of infinity. This results in a somewhat didactic tone, but perhaps that’s part of its appeal. I am uncomfortable with how the novel is traditionally gendered, like many other novels of that era, but it is resourceful in thinking through the afterlife of nations in terms of geography, history and what is yet to come. Kojo LaingWoman of the Aeroplanes (1988) This is the story of the immortal inhabitants of Tukwan, a town in Ghana that is invisible to the world, who travel to their equally invisible sister town, Levensdale, in Scotland. Tukwan is described as a town of goats, elephants, ducks, lakes and lawyers – like many others. However, each inhabitant must invent some­thing or be original in some way in order to remain in the town. Levensdale and Tukwan trade with each other. In exchange for palm nuts and cassava, Pokuaa, the leader of Tukwan, brings back two aeroplanes from Levensdale. This enables a delegation from Tukwan to travel to Levensdale but, upon arrival, they discover their inventive skills are required. New ideas and experiments ensue that, if pursued, might end their immortality. The writing is extraordinary. Laing uses incredible metaphors: ‘What on earth was Babo doing wearing roller skates through the history of this strange land?’ Each of his sentences is full of worlds. This novel is an index of what is possible: it uses words to resist dejection. Perhaps Laing’s aim was to kill death itself? We discussed Laing’s writing at the Continental Afrofutures Lectures series that Kodwo Eshun of the Otolith Group ran in 2016 at The Showroom in London. 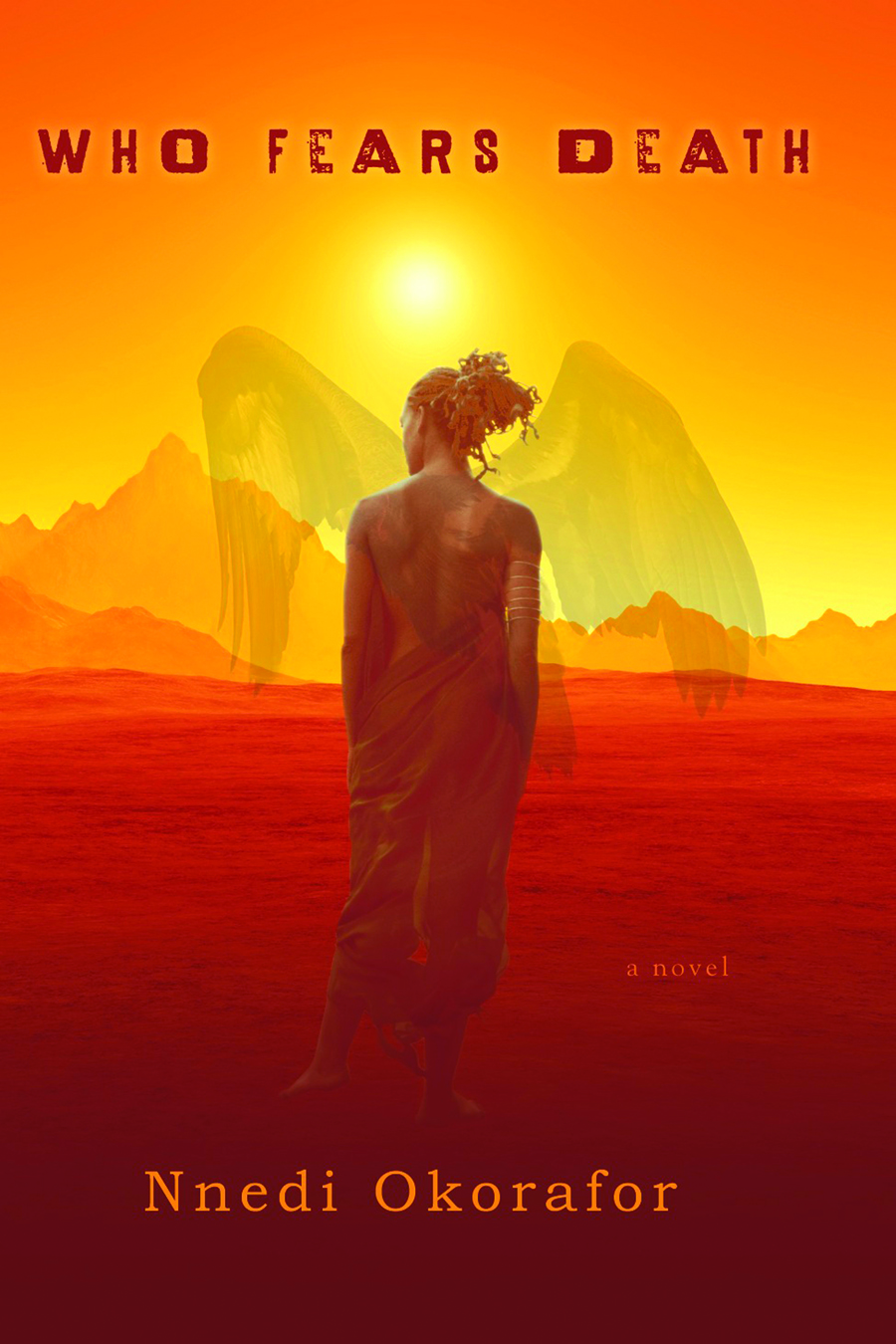 Nnedi OkoraforWho Fears Death (2010) I am currently reading this novel; it is the story of a revolution that takes place at the end of the world, carried out by the mixed-race magicians Onyesonwu and Mwita. They have tasked themselves with deposing the demagogue ruling a future Sudan, who is impersonated by Onyesonwu’s genocidal father, Daib. This ‘hereafter’ setting allows another form of life to emerge on earth – one that opposes the reality of former colonies and in which the economic power of Western corporations has replaced the erstwhile military power of Western governments. In Okorafor’s post-apocalyptic world, different times co-exist, invalidating Western rationalism and its colonizing impetus. The novel is being developed by HBO into a TV series. Yambo OuologuemLe Devoir de violence (Bound to Violence, 1968) The Malian novelist Ouologuem’s first book chronicles an imaginary West African empire called Nakem-Zuiko, loosely based on Mali’s Dogon region. It traverses seven and a half centuries before arriving in the 1960s. Along the way, it describes the forced Islamization of Nakem-Zuiko, slavery at the hands of the French colonizers and their Christian missionaries, the impact of both World Wars, the academic life and adventures in Paris of the émigré Raymond Spartacus Kassoumi and his return to postcolonial Nakem-Zuiko. The characters vary throughout the book but the true protagonists are the ‘African masses’. Le Devoir de violence was awarded the Prix Renaudot in 1968 and translated into English in 1971. It was extravagantly praised by critics for its authenticity, but it transpired that Ouologuem – who passed away in October 2017 – had plagiarized passages from books by Graham Greene, Guy de Maupassant and André Schwarz-Bart. The ensuing scandal was so great that it prompted the book being recalled. The English-language edition now includes the disclaimer: ‘The Publishers acknowledge the use of certain passages on pages 54–56 from It’s a Battlefield by Graham Greene.’ In his introduction to Yambo Ouologuem: Postcolonial Writer, Islamic Militant (1999), Christopher Wise asks: ‘Do Ouologuem’s “unde­clared” quotations from Western books “deliberately deconstruct” Western literature or is he the hapless victim of an irresponsible publisher?’ He goes on to declare that ‘perhaps no other author of the twentieth century has generated as much deep critical disagreement as Yambo Ouologuem’.

Christian Nyampeta is a Rwandan-born Dutch artist. In 2017, he had a solo show, ‘Words after the World’, at Camden Arts Centre, London, UK, and his work was included in ‘Space Force Construction’ at the V-A-C Foundation, Venice, Italy. This year, his work will be included in Dak’Art Biennale of Contemporary African Art, Senegal, which runs from 3 May until 2 June, and ‘Soon Enough: Art in Action’, which opens at Tensta Konsthall, Stockholm, Sweden, on 6 February. Nyampeta also convenes the Nyanza Working Group of Another Roadmap School Africa Cluster, runs the online (and occasionally inhabitable) radio station Radius, and is a research student at the Department of Visual Cultures, Goldsmiths, University of London.