Isa Genzken is an artist who lives and works in Berlin. Her work will be shown this summer in solo exhibitions at Secession, Vienna, and Galerie im Taxispalais, Innsbruck. 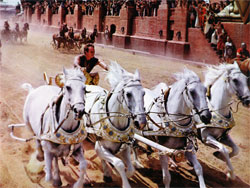 What images keep you company in the space where you work?

None. Just coolness; intelligence is a slow process.

The vision of the inside of my mother’s womb before I was born.

If you could live with any one piece of art what would it be?

Leonardo da Vinci’s Mona Lisa (c. 1503–6), because she’s considered the most beautiful woman in the world, although she’s actually a man as well as a woman – a disguised self-portrait of Leonardo. Marcel Duchamp noticed it (L.H.O.O.Q, 1919).

What film has most influenced you?

What is your favourite title of an art work?

Mona Lisa and my own Jeder braucht mindestens ein Fenster (Everybody needs at least one window, 1992).

I wish I didn’t have to know about war.

What is your favourite building?