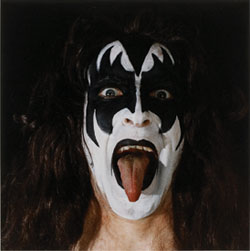 Jonathan Monk’s work seems predicated on testing out possible exceptions to the rule that remakes and sequels are never quite as good as the originals. For the last 15 years or so his work has consisted of reflections on seminal works, methods and ideas principally from Conceptual and Minimal artists of the 1960s and 1970s. His updates, imitations with alterations, reinterpretations and cover versions turn on twists that are variously droll, whimsical, personalized or autobiographical. This survey exhibition (which travels to Kunstmuseum St Gallen and Kunsthalle Nuremberg), entitled ‘Yesterday today tomorrow etc.’, is full of playful titles, formal déjà vus and skewed or mediated references to other artists, including recurring favourites such as Sol LeWitt, Ed Ruscha, Bruce Nauman, Alighiero e Boetti and Robert Barry, but also less likely choices including Piet Mondrian and the rock band Kiss. Monk’s Translation Piece (2002), for example, consists of a documented series of successive translations of a description of Robert Barry’s immaterial Telepathic Piece (1969). What begins with Barry’s statement ‘During the exhibition I will try to communicate telepathically a work of art, the nature of which is a series of thoughts that are not applicable to language or image’ becomes, after passing through a number of commercial agencies, gibberish: ‘in this image the way of expression of reactions of the soul attempts to come close to a work of art’ – a humorous but nevertheless serious communication breakdown.

A very neatly arranged spread of about 75 pieces including drawings, slide and light shows, vintage 16mm projectors and their soothing clatter, framed serial photography and mirror sculptures such as Un metro cubo d’infinito reversed (An Infinite Cubic Metre Reversed, 2005) – an inside-out version of a work by Michelangelo Pistoletto – resembled a wing of a museum somewhere else, showing art by other artists. Monk is frank about the fact that contemporary art is often cannibalistic and couldn’t survive if it did not feed on a diet of its own kind, consuming and regurgitating in order to justify itself or even be recognizable or understood as art at all. The centrepiece of this show is perhaps Constantly Moving Whilst Standing Still (2005), an upside-down bike whose wheels are fitted with motors that make them rotate continually in opposite directions. It reads like a simple diagram explaining Monk’s view of art as something of a closed system that is unable really to move on but nevertheless captivating.

Back in the early 1990s it was Monk’s irreverent combination of a reconsideration of old-school Conceptualism with a laddish attitude that brought him to attention. This mix produced relatively self-explanatory works such as My Name Written in my Piss (1994). In more recent works such as Untitled (Me Naked in the Kitchen) (2004), an aluminium floor panel the same weight as the artist, or A Work in Progress (to be Completed when the Time Comes) 1969– (White) (2005), an unfinished white marble tombstone for himself – the irony is still there, if more middle-aged. Many of his works, such as a series of paintings of cheap holiday advertisements originally sold for the same price as the advertised break, including Holiday Paintings No. 386 (Corfu) (1995), are straightforward musings on value. A group of five drawings, the dumb blank staring Black Diamond Eyes (Self-portrait Version 2) (2005), have a short inexpressive dash for a mouth beneath eyes of apparently identical stud pins pushed into the wall at the artist’s own eye-level. The trick is that only one of the pairs is real diamond.

Because Monk’s work is so plain and often heavily framed by its references, it perhaps is also a little too reliant on the viewer being in on the joke, identifying with and appreciating his arty witticisms. Sometimes they do sparkle but not always, and not necessarily one after another, as in a survey show like this one. Monk’s 16mm film loops and slide works are among his best, such as Today is Just a Copy of Yesterday (Holiday) (2002), involving the daily duplication of a slide that leads to its gradual transformation into something abstract. Their materiality dovetails and expands his interest in reproduction, repetition and temporal distance. With this kind of image every copy is an original and every projection unique and destructive, regardless of whether, as in his films, Monk chooses to focus on a bit of a Gerhard Richter, Bernd and Hilla Becher gas towers or A cube Sol LeWitt photographed by Carol Hueber using nine different light sources and all their combinations front to back to front forever (2000). 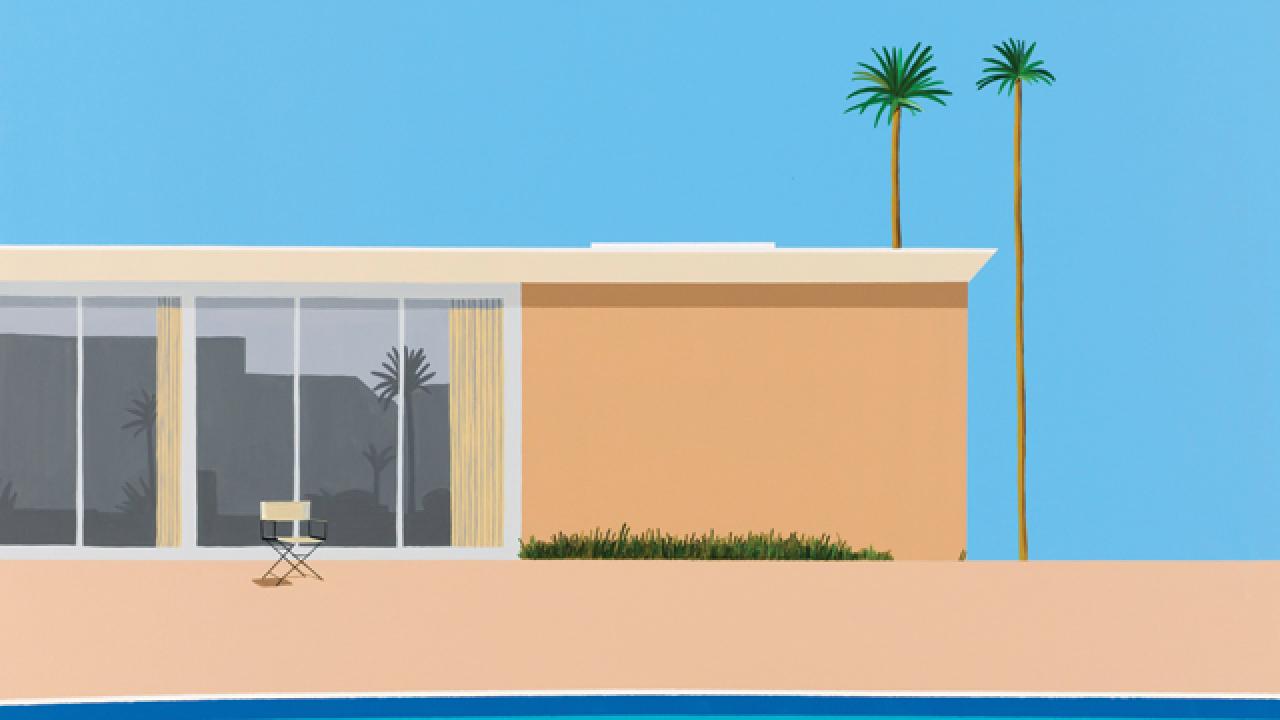