Opting out, collaboration and the inappropriate behaviour of bodies 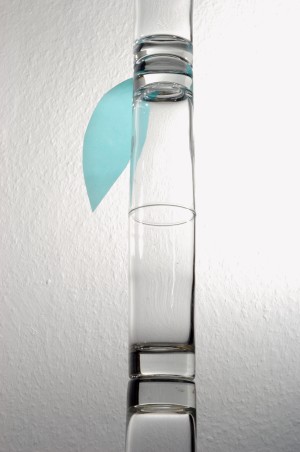 Judith Hopf’s films, sculptures and various collaborative projects suggest not so much a deconstruction of power structures, authority and behavioural codes as a demonic possession of them. Her films, which invariably feature the artist herself, veer between a straight-faced analysis of everyday conventions and an infiltration of the absurd. The tendency of ordinary people to conform to expectations is upset by the release of an apparently counteractive impulse: public sculptures walk, passers-by erupt into choreographed dance numbers and the dead hold monologues on ‘live’ TV, while limping patients, bandaged bodies and X-ray skeletons perform electro-dance moves in hospital corridors. The return of the repressed? Or a reflection of the everyday awkward duality of personal identity, the constant struggle for correspondence between the body’s outward appearance and its interior thought processes?

In Hey Produktion (Hey Production, 2001) a moment of pastoral tranquillity enjoyed by a woman sitting on a park bench (Hopf herself) is interrupted by the hurried leisure activities of a number of black-clad park-users: jogging, dog-walking, chatting frenetically. After the woman receives a critical stare from a stern doppelgänger, the passers-by reappear and perform a choreographed dance routine on the grass. But even here the radical spontaneity of dancing en plein air is curtailed by the ‘produced’ nature of the dance (and the dancers’ endearingly clumsy performances). Activity, it seems, can only be either blindly functional or hilariously inappropriate.

Language in Hopf’s films has a similarly dualistic character. The functional exchange of information breaks down as conversations are evasive, with little point of connection; questions are answered by non sequiturs; the point, if there ever was one, is fast forgotten in fluid streams of consciousness or calculated vagueness. In Hospital Bone Dance (2006), produced in collaboration with filmmaker Deborah Schamoni, the programmatic patient–doctor relationship is thrown by the receptionist’s oblique response to a patient seeking help: ‘I’ve got a pain here, I’ve got to see the doctor.’ ‘The doctor? I’d like to see that doctor too!’ Only when the receptionist (the artist again) catches sight on a monitor of a doctor leading a band of mummies dancing zombie-like out of an operating room is her response pragmatic: ‘That moron. They’ll never get back.’

Little can be taken for granted in Hopf’s work. The rifts between the activities a body is expected to perform and the inappropriate actions we witness are filled with questions about the supposed integrity of an individual. Her installations, too, suggest a profound sensitivity to the physical interrelation between individuals, objects and surroundings. The sculptural objects have the feeling of props about them; despite their sometimes large scale, they occupy space unobtrusively, seemingly temporarily. Like potted plants or standing screens, their purpose is not autonomous but socially defined, in relation to those living among them. As Diedrich Diederichsen describes in his contribution to the catalogue accompanying Hopf’s show at the Secession, Vienna, in 2006: ‘Hopf aims, on the one hand, to tackle the serious (aesthetic, semiotic) problem of the solidness of objects, but […] on the other hand, her approach involves using social sense.’ At the Secession the visitor had to first navigate a precarious thicket of bamboo stems (Bambus, Bamboo, 2006), constructed from towers of drinking glasses, balancing one on top of the other, stretching from floor to ceiling. Mirrors placed in corners at each entrance-way between interconnecting rooms (Cabine, Cabin, 2006) provided seamless views from one room to the next, albeit decidedly wobbly ones, given the distorting nature of the fairground-style mirrors. A black stage sat in the centre of the final room in front of two constructions made of spindly white-painted bamboo, which approximate misarranged skeletons (What Do You Look Like? A Crypto-Demonic Mystery, 2006). Here every three minutes the lights went down and the short film ‘Hospital Bone Dance’ was projected. The visitor manoeuvred herself around these various structures with an increasing awareness of her own corporeality: clumsy (near the fragile glass structures), with an unreliable external appearance (see the distorting mirrors), reliant on an unseen, unknown internal structure for support and definition (what does my skeleton actually look like?) and always at risk of physical injury, not to mention disease or even death (the hospital waiting-room full of sick, bloodied patients).

The double-takes that Hopf’s films provoke put forward the possibility of opting out of the neo-liberal economy and the bureaucratic everyday, suggesting alternatives to the usual modes of conduct. In choosing to work often in collaboration with other Berlin-based artists, filmmakers or writers, Hopf has embraced another form of alternative behaviour, at least in an art world that still favours the supposed integrity of the independently authored art work, preferring its artists to have clearly defined edges. The willing diffusion of authorial position, embracing the fluid exchange of ideas and central role of discussion, insists on the value of group activity as an agent of change. Hopf uses opting out as a productive strategy while at the same time questioning the very need for productivity.