Matt Copson Stages the Creation and the Cruelty of Life

For his exhibition ‘Coming of Age’ at High Art, Matt Copson replaced his alter ego Reynard the Fox – known from previous works such as Down Boy (2019) – with a baby. The hero of his eponymous laser opera in three acts is a nameless toddler, who does not grow or age. During the piece we learn that the figure represents both creation and destruction.

Projected on two large walls of the stucco-decorated room of the gallery, the first act of the opera begins with the birth of the protagonist. Created by a divine promethean hand, the baby emerges from a magma of fluorescent lines. After learning to talk, write and walk, he receives the sacred fire, which causes a great explosion. A soprano voice of a boy then rises, accompanied by baroque music by Caroline Polachek with lyrics by Copson, which depict a world without hope or a future.

In the next two acts, history repeats itself. This time the baby conceives another child, first by drawing it, then by forming it out of his ribs, as Adam did with Eve. After his progenitor tells him about the cruelty of life with phrases like ‘welcome to existence, I’m sorry it’s a shit show’ and ‘the earth is choked by fire, accept your slavery’, the newborn, feeling betrayed, erases him with a magic pencil. Struggling against a world that doesn’t understand him, the baby cries and eventually kills his own toddler-parent to evade his role as a person, seemingly worthless and insignificant.

Copson’s immersive laser light show plunges us into a satirical but luminous cave-like universe, richly nourished by Western cultural references – from the mythological promethean fire to the biblical beginning of humanity. If – as in Plato’s allegory of the cave – individuals are too narcissistic to achieve happiness for society as a whole, belief and art remain the driving forces of a new, perhaps even better, world. 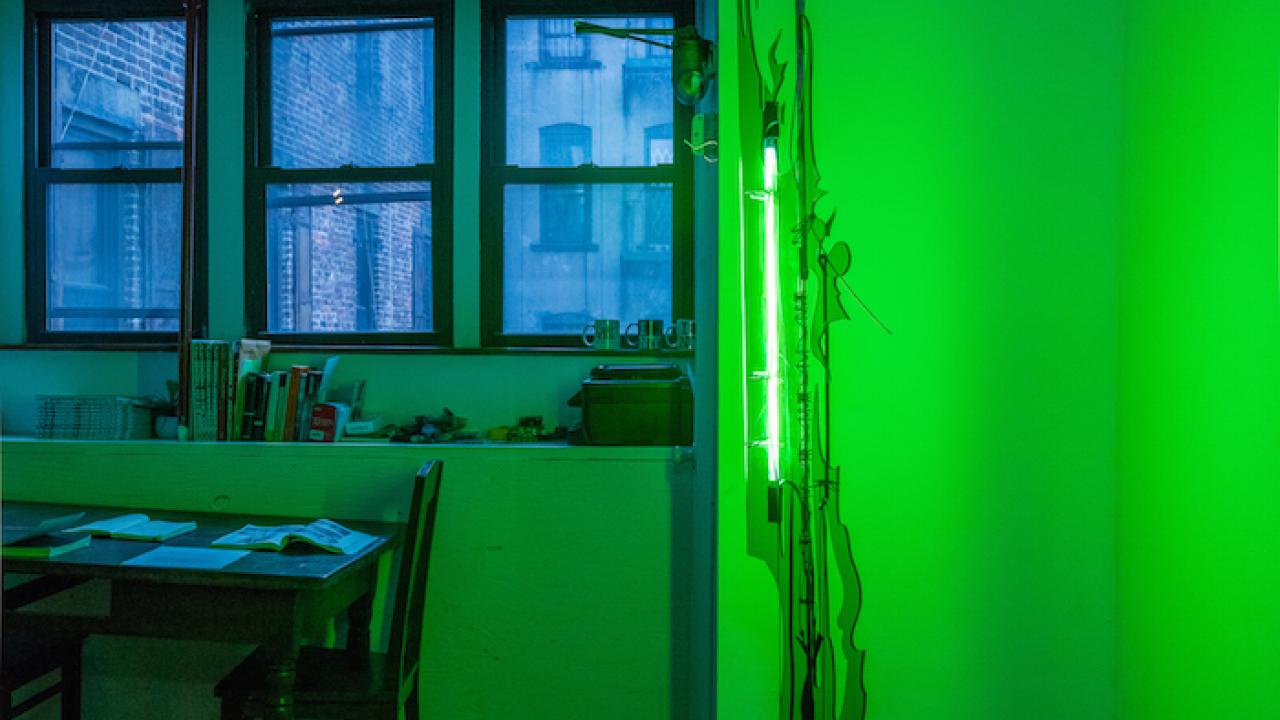