With a practice not centred around one medium but ranging from sculpture, painting, drawing to poetry, it’s little wonder that Tbilisi-based artist Ser Serpas’s first solo exhibition in France is not confined to one venue but spans both galleries of Balice Hertling in Paris.

Left in its dilapidated state prior to renovation, the new gallery on rue des Gravilliers lends itself well to the presentation of Serpas’s installations made of found objects. In preparation for the exhibition, the American artist – who has become known for her appreciation for refuse – spent several days collecting furniture and objects from the streets of Paris and later assembled the items on site during an intimate performance. The installations comprise objects as disparate as a mattress, cupboard doors or a shopping trolley. The remaining unused material leans against the walls of the old gallery on rue Saint-Martin (a slick white cube with a concrete floor) and is combined with a series of framed poems. As with many of Serpas’s works, the title of the installation is not only descriptive but also indicates her relationship to it: im not good at anything including this round the this time, 87 unused collected objects from the installation at 84 Rue des Gravilliers and 15 framed pages of notes from Georgian language classes that the artist did not follow up on after the 8th lesson (all works 2021).

The presentation at rue des Gravilliers is characterised by two different approaches to production. On the one hand, there are the pieces that correspond closely with the notion of the assemblage, such as Mattress – conjoining fabricated excesses literal end to a mean, an old mattress rolled up so it fits into the hole of a wooden board, or Staircase – spilled out of my head head was spinning, a piece of a spiral staircase cut out with a grinder and installed in the corner of the space. Works like Bathtub – love time in vetivers, bathtub dropped a story and left as is, an old bathtub dropped in the basement from a hole on the ground floor, however, are the result of very particular gestures responding to the exhibition space in-progress. At first these actions seem neither immaculate nor very innovative but they contain a violence whose marks of destruction – a corner of the bathtub broke during the fall – seem to be signs of liberation and rupture.

Serpas’s arrangements and the object’s traces of use give the sculptures a strong corporeality. Nothing in this show is welded, screwed or fixed but rather everything is balanced, stacked, leaning against the wall or simply resting on the floor – as if life is hanging by a thread. By combining concepts of surrealism (assemblage), minimalism (reduction of materials) or even anti-form (form determined by physical forces), Serpas reflects on movements in the history of sculpture, which has been largely written by male artists.

Instead of merely echoing art history, it is the contrast between both the sculptural and the ephemeral nature of the works which opens up a meditation on the deconstruction of the medium. The artist’s interest in the transformation of matter, solidity, erection and eternity is further highlighted by the fact that the objects she uses for her installations always return to the streets where she found them – unless they are sold. However, it would not be fair to limit Serpas’s works made of waste to a representation of sustainable artistic production. At Balice Hertling, what’s most astonishing is the easiness with which she turns massive objects into fragile assemblages, which reveals how quickly power relationships can flip.

Ser Serpas’s solo exhibition at Balice Hertling, Paris, is on view until 4 December 2021.

Main image: Ser Serpas, im not good at anything including this round the this time, 87 unused collected objects from the installation at 84 Rue des Gravilliers and 15 framed pages of notes from Georgian language classes that the artist did not follow up on after the 8th lesson, 2021, installation view, Balice Hertling, Rue Saint-Martin, Paris. Courtesy: the artist and Balice Hertling, Paris; photograph: Aurélien Mole

EU Reviews , Reviews
Matt Copson Stages the Creation and the Cruelty of Life 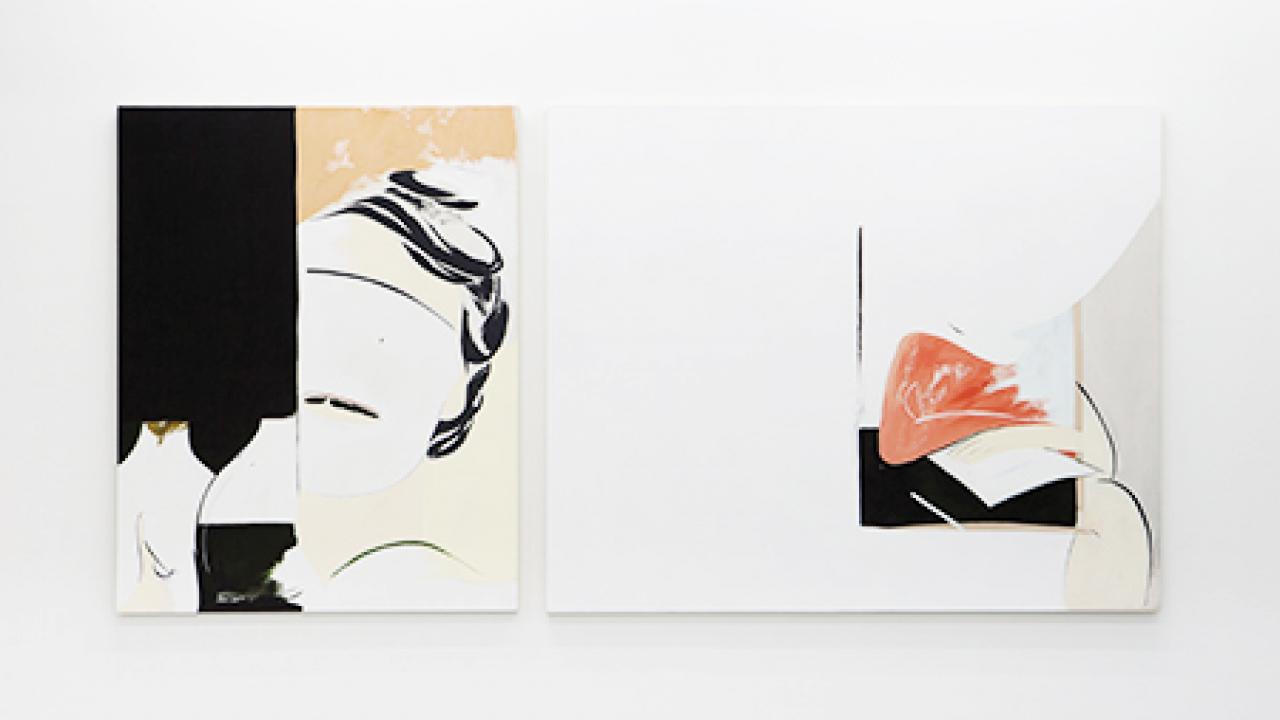