In a 1981 interview at the WalkerArt Center in Minneapolis, the choreographer Merce Cunningham said: ‘We can open our minds. We can shift. We are being forced every day to do this, so we might as well do it in as many ways as possible.’ Cunningham was speaking in reference to his radical approach to art-making, and his persistence in staying true to form – whether it was accepted by audiences and producers or not. A legend of dance by the time he died ten years ago, in July 2009, his work often pushed the limits of audience expectations of the medium. This utterance, however, struck me as a means of opening up a discussion of how you might look at, talk about and write about othered bodies.

Age and disability are not necessarily concurrent phenomena, though they are often tied together within the ableist mythologies of dance. These mythologies of fitness, athleticism and the heroism of the dancer imply that only certain bodies of only certain ages are aesthetically worthy of our attention. Cunningham quietly posing in a chair to 4’33” (1952) by his partner John Cage in Tacita Dean’s Merce Cunningham Performs STILLNESS (in three movements) (2007) can be compared to the form of the choreographer’s body in RainForest (1968), where he dances across the stage under Andy Warhol’s installation Silver Clouds (1966). Narratives of loss are at the centre of these works. In Dean’s piece, Cunningham performs to a composition by his late partner of many decades; in RainForest, he remembers his childhood in the threatened forests of the American northwest. But if we know that the nature of being alive is the inevitability of death, is it then fair to the artist, to us or to dance to ascribe such loss to the inevitably changing body? This ethos necessitates a continuous state of looking back, as opposed to generating curiosity about the present.

The present was a singular focus for Cunningham from the beginning of his 70-year career. His application of stochastic methods – like his use of I Ching for dance scores and ‘chance operations’, where the dance and music were made separately but performed at the same time – were enacted with the goal of staying in the moment. For the interview at the Walker, Cage joined Cunningham in conversation. ‘I wanted to find a way to free myself from likes or dislikes,’ he said of his studies of Zen Buddhism with Daisetz Teitaro Suzuki and his own use of the I Ching. It was by chance that these practices became a major component of Cunningham’s career, contributing greatly, in turn, to the development of postmodern dance. He could have tried these methods and given up, but then he would have never known what was possible – and neither would we.

Dean’s film presents a series of haunting images of Cunningham, as the camera moves further and further away from him. As it recedes, the focus shifts from his face to his seated body, then to the chair in the large, open studio and, finally, to the windows surrounding the studio. It is a gift to witness Cunningham’s presence late in life. His awareness and openness are apparent in his relaxed, seated position. Is he performing or is he simply allowing himself to be witnessed? What even would be the difference, according to Cunningham, between performing and being witnessed? Is there a difference between the quality of his attention in the film and in his work? If so, it would be as great as the difference between silence and sound, of which Cage said: ‘There is no difference at all.’ Cunningham’s legacy is multitudinous. It is the legacy of a consciousness that cannot be confined to one medium or body.

As a disabled, queer, interdisciplinary artist and performer, I have learned that staying in the present moment suspends the dualism of success and failure. Perhaps, as a result, I have felt enormous permission to investigate my body as a site of curiosity with aesthetic currency. This type of experimentation leaves a space for the unknown, allowing the performer to treat it as they might a collaborator. I consider this in the uncontrollable fluctuation of my mobility throughout the day – at home, in the studio, in the world.

I’m curious about what it might mean to break down the distinctions between what constitutes a dance technique and what constitutes an artistic practice. Is it all a question of training vs. methodology? Where to locate Cunningham’s genius within these distinctions? Is that even possible? Is it necessary? A choreographer, a dancer, a Zen Buddhist, a composer, an interdisciplinary artist, a Taoist, an art historian, a physicist and an archivist walk into a bar … or Westbeth Artists Housing at 55 Bethune Street ... or Judson Memorial Church.

Marissa Perel is an artist and writer whose work is concerned with the complexities of care and consent in relation to disability and gender. Perel's recent performances have been presented at the American Realness Festival in New York, USA, and the Sophiensaele in Berlin, Germany. 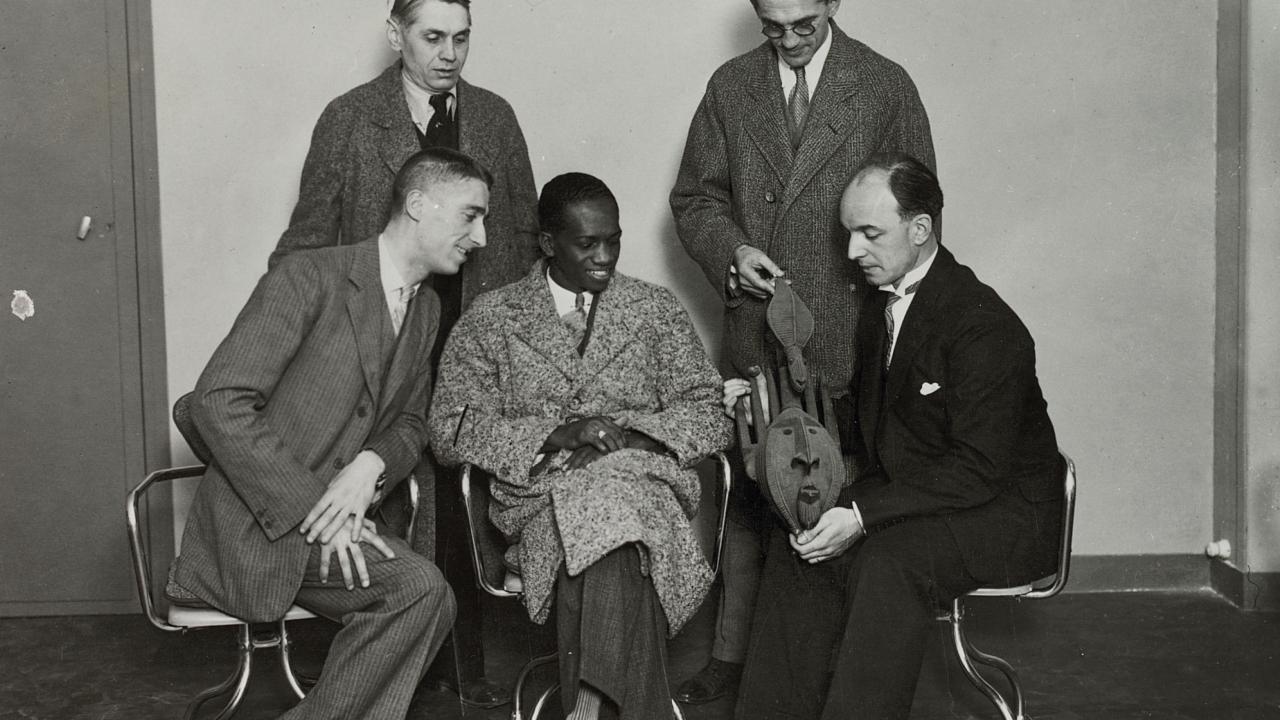 Commissioned by Emmanuel Macron, the restitution report by Felwine Sarr and Bénédicte Savoy has paved the path for former colonisers to return art and artefacts