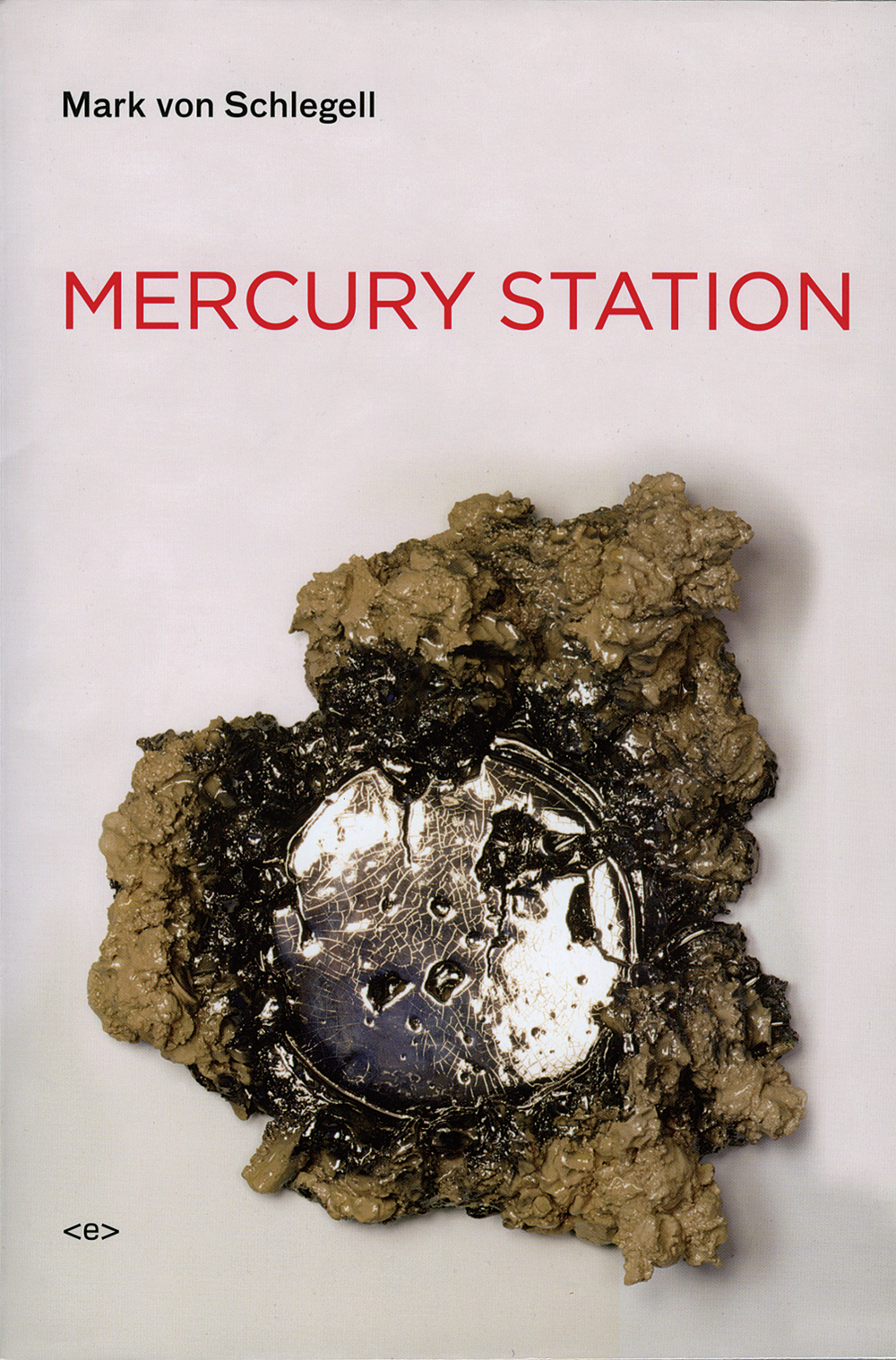 Mark von Schlegell’s debut novel Venusia (2005) was a bracing mash-up of cyberpunk, pulp horror, nouveau roman, and bargain-bin erotica. Set in a post-apocalyptic society on the planet Venus, the novel progresses via a series of startling vignettes featuring man-sized lizards, a sex scene involving a sentient potted plant and a scatological voyage through a fictitious author’s depraved mind.

Mercury Station, the second instalment in von Schlegell’s emergent ‘System Series’, is another tour-de-force of imagistic devices. This time, we find ourselves in the year 2150 in a youth detention centre on the planet Mercury, in the presence of prisoner Eddard Ryan, who wakes up stranded and alone following a mysterious explosion and the planet’s subsequent evacuation. His sole companions are a group of holographic avatars whose intelligences are modelled on Greek philosophers (Zeno, Hypatia, Aristotle, and Plato). Together, these interlocutors goad Ryan into recalling a suppressed memory that may contain the secrets of the planet’s recent cataclysm. Other mysteries to be explained include the fate of Ryan’s love interest, Koré McAllister, and the sudden appearance of a medieval manuscript – which Ryan now delves into.

Cue a shift to 14th-century Prussia, where we are introduced to a female demon who is in search of her ‘true love’. The flowery language of this section, written in the style of a lurid cod-medieval fantasy, plays havoc with the already complex plot, which goes something like this: the demon inhabits the corpse of an executed witch, but appears to other characters in the form of a young boy. She befriends a wizard, but he turns out to be possessed by another spirit, who, it transpires, is a time-traveller from the 22nd century. This is Skaw, a dastardly megalomaniac who detonates a ‘time bomb’ on Mercury – causing the planet’s evacuation – in order to escape his own present, which, it seems, is about to collapse into revolutionary anarchy. He makes it to 14th-century Prussia, but is killed by the plague. The female demon/witch/boy (who, through something akin to spiritual channelling, is also both McAllister and Ryan) is then free to write her memoirs, which is the manuscript that Ryan is reading in the abandoned prison on 22nd-century Mercury. To keep readers on their toes, there’s also a sub-plot involving a computer game designer with a Napoleon complex.

These shenanigans may well be beyond the patience of many readers. Von Schlegell writes for an audience attuned to avant-garde dissonance, which he finds at least partly in the art world (he’s also an art critic, and is currently promoting Mercury Station in galleries such as Los Angeles’ China Art Objects and New York’s Greene Naftali). Much of this novel’s appeal is its visual onslaught, which taps the unconscious by gleefully bypassing good taste. Mercury Station, however, is often painfully self-conscious. Jarring allusions to the art world don’t help (one character is a performance artist, another has skills as a photorealist painter). Neither does von Schlegell’s meta-criticism: as the novel draws to a close, a character called Fagin reads the book-within-the-book and speculates that either it ‘ciphers a code’ or is ‘unfathomable and reeking of fantasy’. Neither criticism quite grasps Mercury Station, whose textual delirium signifies an unfortunate desire to impress and bewilder, which is all too often at the expense of the reader.