High Modernist sculpture has always looked weird to me. Why would someone like Anthony Caro try so hard to make objects transcend their objecthood and fail to notice the clumsiness of the outcome? And why did he do it in the early 1960s, when it must have occurred to him that Modernism was over and he had missed the boat?

Yet it was not just Caro that was late. The belatedness of high Modernism is echoed in the default Formalism of much postwar architecture and décor. Nicole Wermers has found the perfect object to symbolize this link. Her series 'French Junkies 1-11' (2002) comprises 11 sculptural variations on free-standing ashtrays. Each sculpture is a functional ashtray with a custom-made zinc top filled with fine white sand. The oblong bodies of the ashtrays are coated with lacquer, veneer or acrylic - or built from the lamellae of Venetian blinds or wooden panels used for ornamental moulding. The sculptures offer an inventory of materials that have been used for low-cost interior decoration since the 1950s. Through the combination of these decorative elements

Wermers creates three-dimensional collages with an aesthetic that sways between the hideously cheap and the breathtakingly elaborate. The ashtrays exude a peculiar presence. Despite their delicate composition they are utterly inconspicuous, which is typical of ashtrays - they're usually noticed only when a smoker scans the room for somewhere to stub out a cigarette. So ashtrays and late Modernist sculptures have something in common: both lead quiet, almost indifferent lives. By returning to the moment when Modernism was about to collapse into this indifference Nicole Wermers reopens the case of Formalist sculpture and suggests possible alternative scenarios for its fate. Imagine what could have happened if Bruno Munari - the former abstract painter from Milan who designed one of the first standing ashtrays for Danese in 1958 - had continued as an artist? Would Formalism (instead of being outsmarted by Minimalism) have evolved into something as glamorous as Wermers' French Junkies #1? The piece is a rounded ashtray covered in glossy black lacquer with a wooden panel and red stripes and looks like an Italian motorcycle policeman's leather-clad leg. The past comes alive in French Junkies #9, an ashtray made from transparent plastic surrounded by sheets of ornamental copper and pink acrylic. The piece evokes the awkwardness of the 1950s, the beauty of the 1920s, the sculptures of Katarzyna Kobro and the furniture of Eileen Gray.

Wermers' historic exploration is continued in Nieuwe Kerk (New Church, 2002), an open-lidded wooden box inside which the artist assembled a miniature interior of a Modernist church - like a doll's house modelled on a Le Corbusier chapel. All its details are arranged with the utmost care. Frail wooden panels and sheets of plastic form a composition that is both austere and playful; it looks like a 3D puzzle made from a Tatlin construction kit.

The exhibition switches into full hallucinatory mode with the double video projection Notre Dame (2001-2). Wermers filmed two of her collages made of clips from perfume ads that show light reflected in coloured bottles of scent. The only visible movement is the slight quivering of the digital image that testifies to the passing of time during the recording. So what you see is a vibrant crystalline structure of visual effects that attracts the viewer as much as it reflects the gaze of the camera. Wermers' fascination with surface aesthetics and the history of Modernism hangs in the air like the cold smoke of French cigarettes. 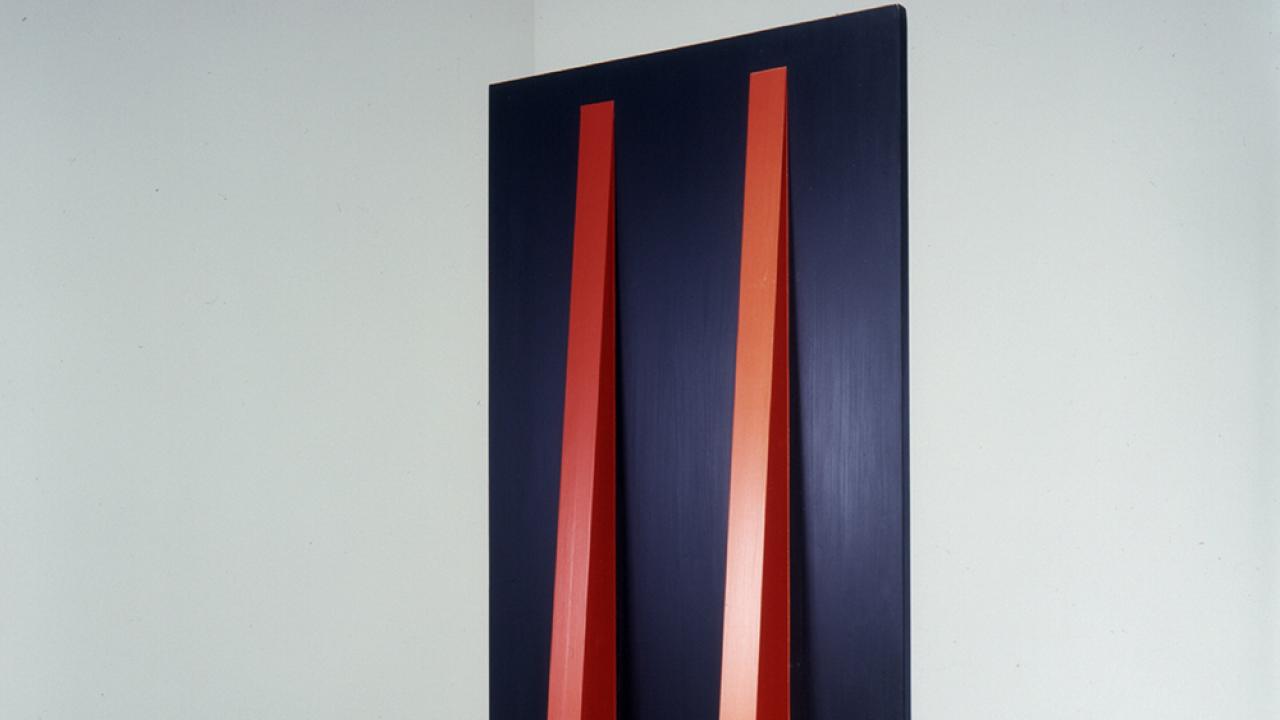 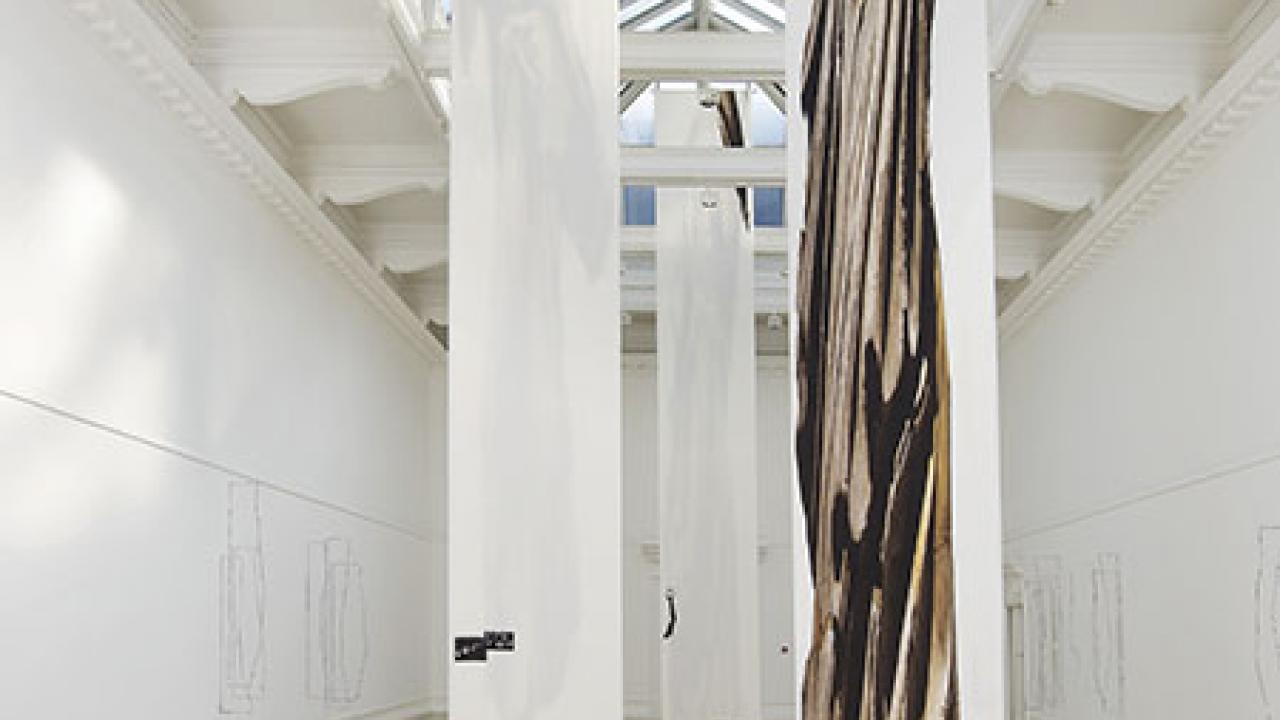 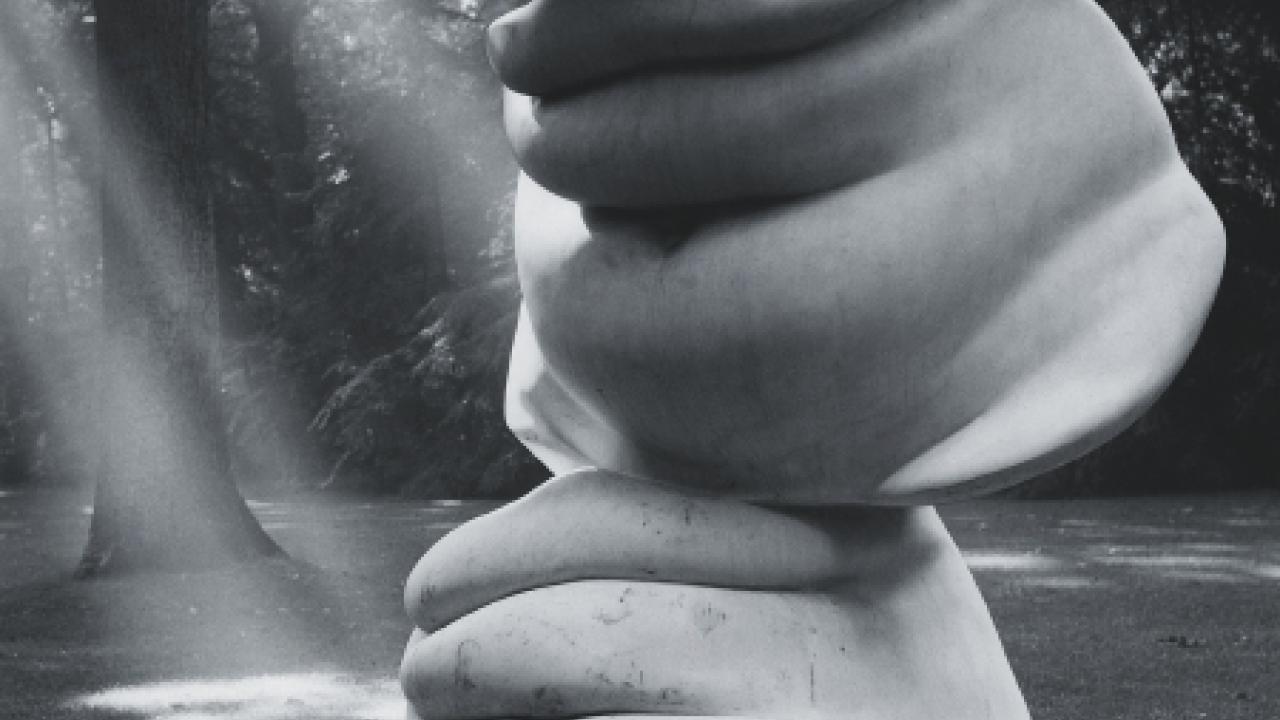