To describe Peter Pommerer as 'just' a draughtsman would be misleading - certainly at least in terms of scale. For this show, drawings - rendered in watercolour amd crayon - of tortoises, elephants, giraffes, mythical creatures, flowers, castles and heavenly bodies covered the entire walls, staircases and gallery spaces. Im Zentrum des kaleidoskopischen Spiels sitzt der Zeichner (At the Centre of the Kaleidoscopic Game Sits the Draughtsman, 1998) is the title of a work that was part of a large-scale installation in the Raum Aktueller Kunst in Vienna. Two years later Die Pest der Phantasmen (The Plague of Phantasms, 2000) meandered across the gallery walls at Gebauer in Berlin; and in 2001 a patchwork of leaves, constellations and flight paths pencilled directly on to the wall transformed the Taro Nasu gallery, Tokyo, into a cube full of 'Dreaming Doodlings'.

There are few exhibition spaces whose dimensions present such a challenge to exhibiting artists as the domed hall of the Württembergischer Kunstverein: from a 12-cornered ground plan the central building rises 25 metres in steep trapezium-shaped walls topped by a domed lantern. Most artists inevitably struggle to avoid playing second fiddle to this impressive architecture. Pommerer's exhibition entitled 'Zirkus' (Circus) transformed the space into a huge circus tent. While the arena itself remained completely empty, every centimetre of wall space was painted, sprayed or drawn on. These multi-layered wall drawings veered between accommodating the shape of the space and breaking it up with intervals and counterpoints that referenced neighbouring motifs.

A lower-case 'c' for 'Cirque' and a 'z' for 'Zirkus' were displayed over the entrance, while on the opposite side of the gallery musical clefs announced the in-house band. Even the circus acts themselves were banished from the arena to reappear as two-dimensional representational form on the wall: two seals balanced several balls simultaneously, a schematic clown figure was only half-visible, caparisoned elephants guarded either side of one section of a wall. Pommerer's 'Circus' led the eye into the 'phantasms' of a continuum, up to the luminescent, gold stars and teardrop shapes on the tapering walls and beyond to a green circle in the middle of the dome. And as a finishing touch silver foil decorations reflected the room below so that the viewers saw themselves transposed compliantly into the dome.

Several works on paper in the two cabinets directly in front of the entrance to the domed hall (all untitled, 2002) brought this monumental disputation with the circus as subject matter back to the rectangular image - Pommerer playing with the motif of the circus poster. But the panoply of decorative ornament, zoomorphic and abstract seemed to extend beyond the borders of the page: at the centre of the kaleidoscopic game does indeed sit the draughtsman. 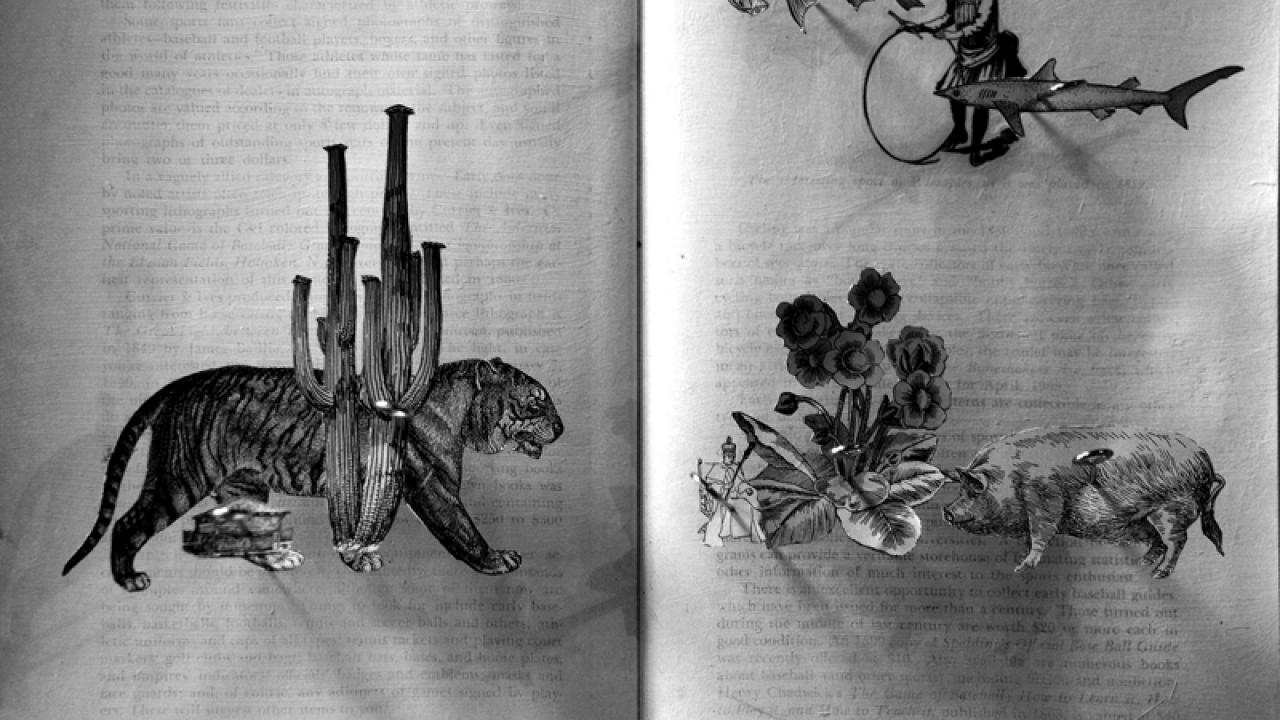 Reviews
The Beast and the Sovereign