A life lived in numbers 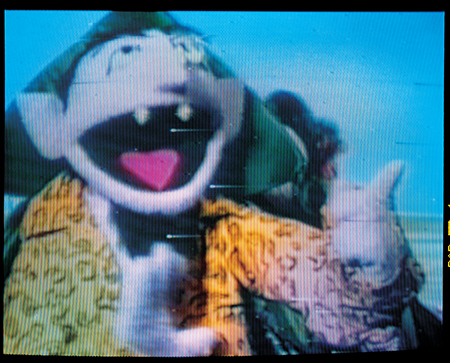 I was just an innocent kid, sneaking into the living room at night to watch TV. What followed was terrible: Klaus Kinski as Nosferatu in the 1979 Werner Herzog remake. Years later, I still couldn’t sleep without taking garlic to bed. I checked my neck for bite marks every morning. I would have loved to wear a gold crucifix, but it would have been hard to explain to my Muslim father. The garlic was marginally less problematic.

When I was slightly older and able to quite easily watch Dracula AD 1972 (a stirring Hammer production set in a comatose version of Swinging London) – I began to sense the sweet dangers of adolescence. At bedtime the garlic was replaced by the thrill of fear – ‘come and get me Count Dracula’, I thought. I should have realized that the vampire who was to have the strongest influence on my life already held me in his power in my tender pre-school years.

The name of the monster who turned me into one of his kind is Count von Count – the vampire obsessed by numbers who lives in exile in a broken-down shack on Sesame Street. He counts flapping bats and rattling bones, laughing like a madman after each enumeration and shouting the result out loud. Thanks to him I’m always counting everything, constantly taking stock: how many people in the room, how many chairs, doorframes or surfaces, how many lines in this article, how many steps on the staircase? How many noses does this person have, how many protruding ears? Every day, every hour. During interviews or domestic arguments I break down the other person into a numbered list of parts. I never count very far – mostly to 20, rarely as far as 50. Twenty people in a room is a lot. How many of them are wearing a tie? Constant vigilance is required to check whether the total has swollen or shrunk. When the underground stops at the next station, three people get off, five get on – time for a recount. My eyes roam the space – how many corners in this room? – in a never-ending task. Even breakfast becomes a drama. ‘Three! Three cups! Four slices of toast! Four! Ha ha ha ha!’

So far I haven’t found myself counting outdoors at night in a thunderstorm, nor while roaming old ruins. Perhaps this is something to look forward to in my old age. Counting is not without its hazards. Count von Count, with his purple skin (denoting nobility and incest) and dark green cape, is surely proof of this (a proof that we owe to the genius of Jim Henson, R.I.P.). My theory is that the Count caught the counting bug due to the trauma of discovering that American capitalism denied him the privileges afforded by European aristocratic feudalism. Sadly, this insight is no cure for my own affliction.