The American actor indulges in the pleasures of the text 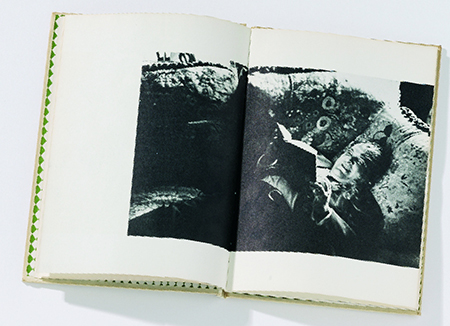 It is hard to imagine a young Zero Mostel. With his pitiful comb-over, domed head and gargantuan body, he appears, like Falstaff, to have been born fully aged at three o’clock in the afternoon. As Max Bialystock in Mel Brooks’ The Producers (1968) Mostel is the incarnation of appetite itself, sweating and preening, oozing lust and desperation, his huge body an extravagance of strangely graceful gestures. Indeed his outsize emotional register, combined with this anxious physical dexterity, would see him become one of the pre-eminent interpreters of Samuel Beckett and Eugene Ionesco’s Theatre of the Absurd.

Despite his immense capabilities as an actor, Mostel began life as an artist, teaching for the Federal Art Project during the Depression and only turning to comedy to earn money to buy paints. His dramatic career was suspended when he refused to name names at an appearance before the infamous House Un-American Activities Committee in the 1950s. Blacklisted for years, he retreated back into his art, eking out a living selling his canvases before making a triumphant return to the stage as Leopold Bloom in Ulysses in Nighttown (1958), an adaptation of James Joyce’s Ulysses (1922).

That Robert Frank should have chosen to photograph Mostel was not in itself too surprising. Frank’s series ‘The Americans’ (1958) had already created a new iconography for contemporary America, one of threadbare flags and obscured faces, gas stations and plastic crucifixes. With his offset angles and blurred focus he had suggested a nationwide dislocation, a spiritual malaise of crass commercialization and abject poverty.

In Zero Mostel Reads a Book (1963) the effect is more humorous but the subversion remains. Mostel is the dark flipside of the pin-up peeking coyly over a copy of Modesty Blaise. The camera seems to shudder at its subject’s vast corporeal profundity. Laughing and mugging, cowering and whimpering, he is by turns pathetic and purposeful, frightening and hilarious, riven by a thousand unhygienic passions. Like a hungry man with short fingernails trying to peel a quail’s egg, he picks over the pages delicately, both delighted master and dominated servant of his library. With each book he is seen acting out a lecherous duet, physically articulating every phrase and absorbing each sentiment into the bulging, unstable planet of Zero.