From Bugs Bunny to Peter Pan: the New York-based poet and artist shares a Portfolio of influential images

I entered the virtual world of Neopets in 2000, and this item was retired shortly after. Its value has fluctuated significantly over the last 15 years: my first bouquet cost 8,000 neopoints; the current price is 450,000.

In the beginning, most items besides food and books were useless – you could feed your pets with food and increase their intelligence with books – but then users began to organize their storefronts into themed galleries in order to showcase their favorite items, their rare items.

My first gallery was peach themed, but after it was completed I emptied it out entirely and started a black and white one. It was inspired by Black Roses and arranged in dedication to the Neopets band Jazzmosis, who were always illustrated in monochrome.

‘Sister Unn’s’, my collaborative project with Filip Olszewski that ran from 2011-12, acted as sort of a real-world Neopets gallery. We took over a storefront in Forest Hills, Queens, and stocked it with white vases of dyed-black roses.

Cats was the perfect movie for me to find at a time when I believed that I was a cat. I wanted to be Victoria, the perfect-looking, talented white cat, but as I got older I realized that I probably had the most in common with Grizabella. Throughout the entire musical she mourns her youth, and finally comes to accept her death – or passes across to the ‘Heaviside Layer.’

The musical takes place after Grizabella's ‘time’, so you never really know who she once was during her younger years. The rest of the cats have nearly banished her entirely, and you wonder whether she did something to make them so disgusted, or if it is simply that she is old (and female) while they are young, flexible and fast moving.

When she finally moves to the Heaviside Layer, it is unclear if she has truly found peace within herself or if the sympathy of Jemima has given her that last bit of strength she requires to disappear from society completely.

‘The memory is fading ... Soon it will be morning’

Though the first version of Richard Williams's masterpiece The Thief and the Cobbler that I remember renting from Blockbuster was heavily edited and presented under a different name, I have followed its development over the years and am thankful for the subsequent updated releases.

While the film is undeniably beautiful, I always felt most strongly about Tack, the mute protagonist. I identified with this animated representation of the ‘outsider’, and was also excited by his passion for sewing and repairing shoes, something that I wanted to at the time.

In contrast with the brightly colored set, Tack’s skin and clothes are grey. It seems fitting that a sad character's expressions would be reflected in this manner, unlike, for example, Belle from Disney's Beauty and the Beast, who is supposed to be ‘odd’ but sings confidently in public, is a master of politely dodging the town-brute Gaston and seems to have a number of friends and admirers. I like Belle, but Disney's relentless need for accompanying show tunes was sometimes hard to relate to.

The Halloween Tree is a movie that I watched as a kid, forgot about and then hunted down again as an adult, obsessed by the faint memories of images that I knew were somehow related.

I always liked Halloween, but I never cared about dressing up that much – I once made a cat costume that I wore for three years in a row before I lost interest at 12 – but finding and re-watching The Halloween Tree helped me realize what I really love about the holiday: the accepted presence of death in all things, black cats, conspiracy, spooky novelty food, comedy tragedy gourds and attractive colour palettes.

My favourite aspects of the film include: a beast kite made from circus posters, Día de Muertos monogrammed sugar skulls, handmade dolls, Gargoyle riding, and a pumpkin-headed ghost boy.

Bugs Bunny is a highly sought after and presumably delicious animal. He has a great personality, can make light of any situation, is lean and supple, and knows when to show vulnerability.

One of the most popular ways in which predators attempt to catch Bugs is to trick him into thinking he’s taking a bath, when he is actually in a hot soup-pot. The whole process of Bugs testing the water, sinking into the ‘tub’, enjoying himself, sometimes washing himself, slowly realizing the water is getting hotter and hotter and then taking in the appetizing smell is the closest we come to seeing him get fucked on screen.

Episodes in which Bugs Bunny gets in a soup pot:

(Side note: in My Little Pony, season 3, episode 13, ‘Magical Mystery Cure’, Rainbow Dash is tied up and put into a cauldron for stew.) 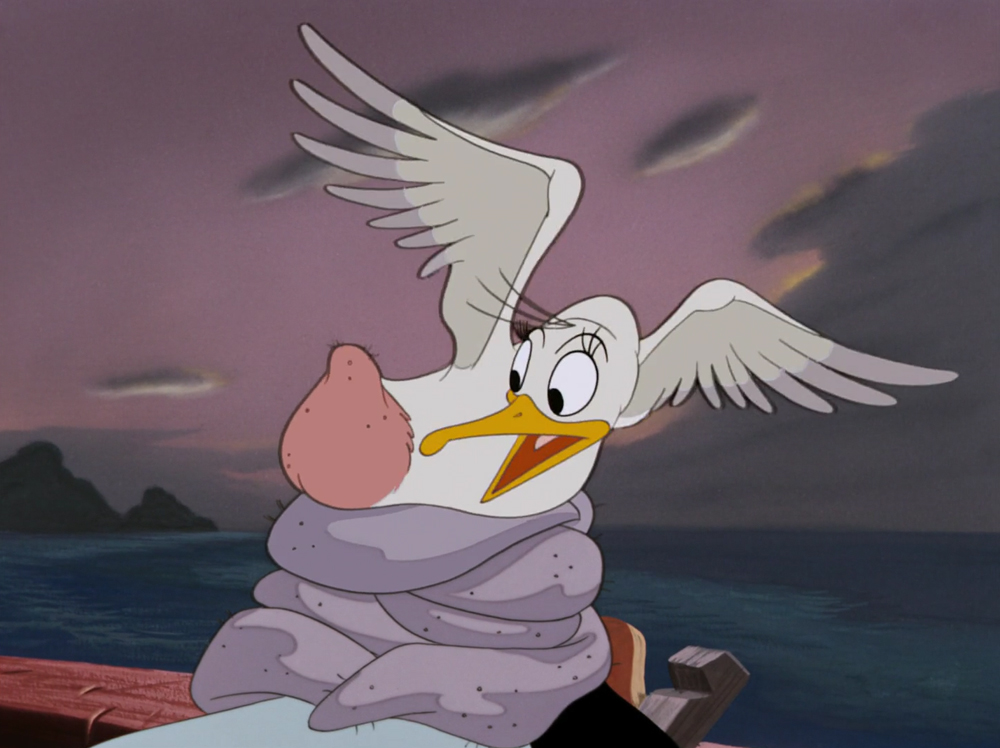 A seagull lands on Hook’s hot-toweled face as if to roost. Mr. Smee accidentally prepares and shaves the seagull’s bottom instead of Hook’s face. The seagull appears mortified and tries to hide its nakedness as it flies away.

The ‘Big Rock Candy Mountains’ are the fully realized dreamscape of a fourth-grader named Lisa. The gatekeepers are interactive, living stuffed toys (plushies) who direct Lisa to keep doing what she’s doing, only different.

Not through the power of believing ‘hard enough’, but through activating internally understood secret codes does Lisa find an escape route from her stationary backyard playset to something much more elaborate. The mountains are a physical backdrop befitting all of her best friends and all of her favourite things: a land where ‘you never change your socks’. It is Lisa’s self-reflexive world, nourished by self-replenishing bushes and endless sun.

Big Rock’s Lisa (‘Sad Lisa’; ‘Lisa Bright and Dark’) proves that private domains and imaginary friends are indistinguishable from their real world counterparts, and can be visited with the slight twist of a dial. 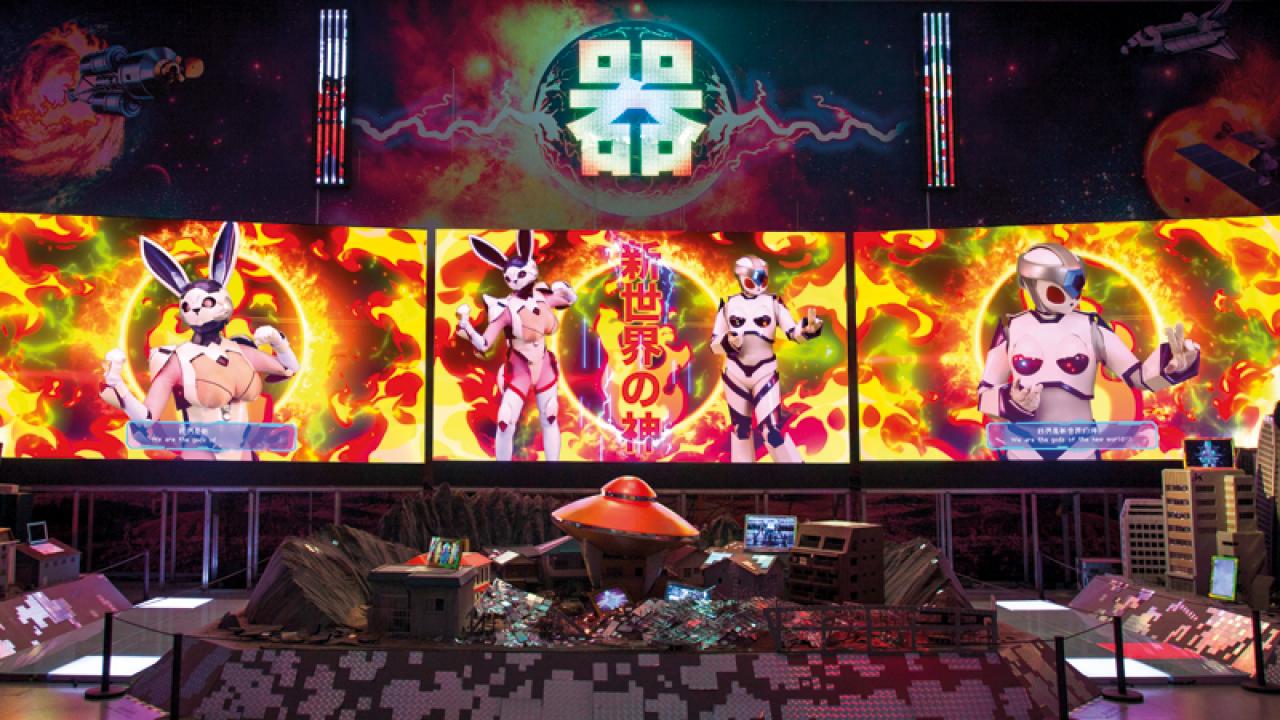