César Aira on the Cultural Legacy of His Childhood Home

This piece is part of a specially commissioned portfolio in which three contemporary novelists look at the ways personal and historic memory shape the present. In another entry, Leipzig-based author Heike Geissler delves into the imbrication of writing and mortality in our exasperated age of news cycles, scandal and movement. And 50 years after the summer of 1969, the American writer Lucy Ives considers guilt and fiction-making, and what it meant to survive a decade of such dashed promise.

With commissioned illustrations by Ariel Cusnir

Today, who knows why, a childhood memory from my hometown of Coronel Pringles came back to me: perhaps with the help of fantasy, I hallucinated the dining room in the house we had back then and felt I could hear mamá’s voice. She used to talk a lot at meals. She, as they say, ruled the roost, while papá limited his contributions to the occasional interjection. She would recount all kinds of stories and memories, and she would criticize things; above all, she criticized. She was an implacable censor of blemishes, errors and defects in relatives, neighbours and acquaintances. The whole town was subjected to her severe exam, which everyone invariably flunked. 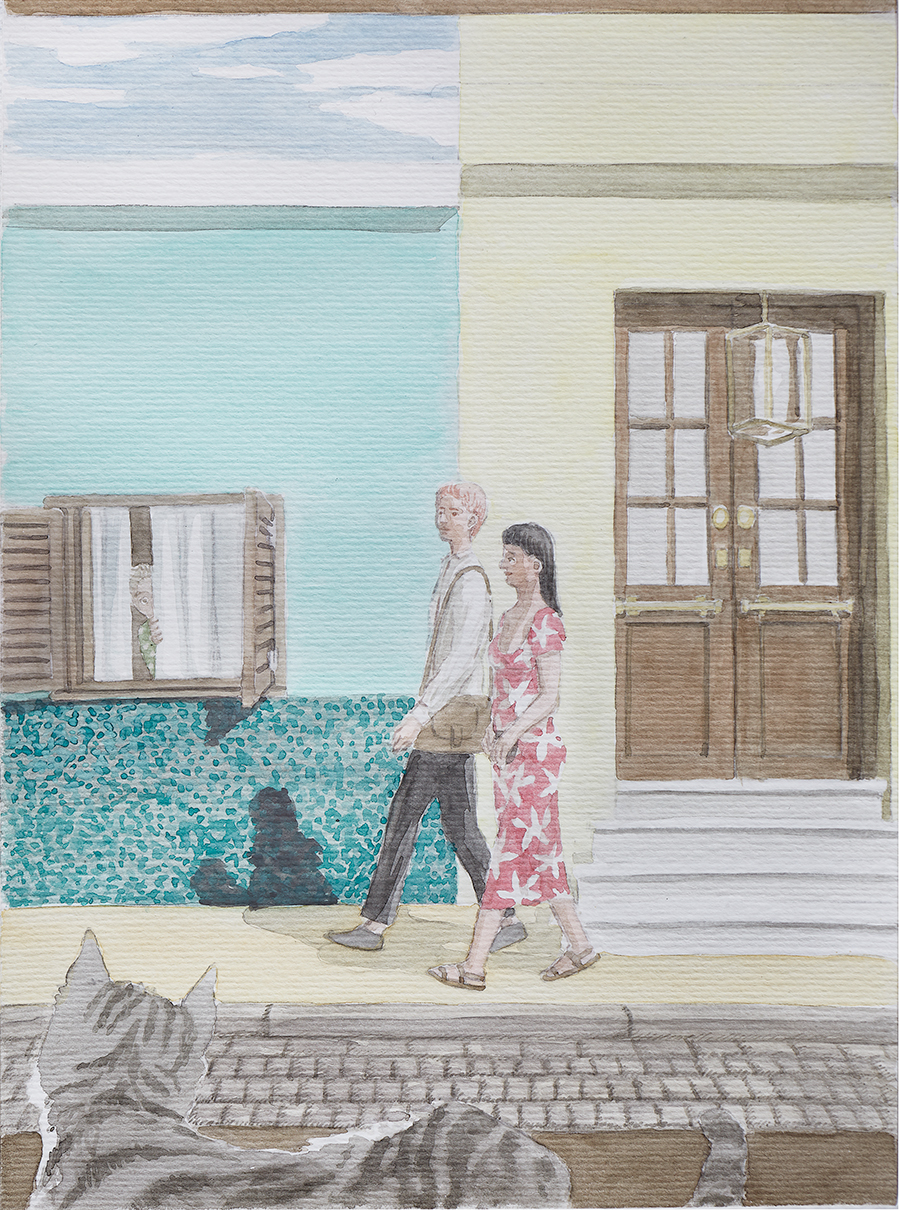 What I remembered then, though even before the memory was clear I already had the sense it was something very typical about her, was how she would criticize a certain older woman who lived in town. This came in contrast to her unexpected praise of this woman’s husband. The man in question had, in her estimation, considerable artistic gifts; he was a natural-born intellectual, but he hadn’t been able to develop these qualities properly because of his wife. Papá, who certainly knew the man and had some commercial relationship with him, as he had with everyone in town, must have smiled when he heard this business about artistic gifts and natural-born intellectualism. But mamá was already swept up: the wife didn’t enrich him but, on the contrary, held him back with her ignoramus schemes of a housewife with no regard for culture. ‘What a pity!’ she exclaimed from her post as Pringles’s own selfdesignated cultural curator. All thanks to an ill-suited marriage, another valuable mind was lost, along with everything it could have offered to the world.

I was intrigued. Who was this man? On what interesting character, perhaps the owner of an excellent library, had I missed out during all my lonely years in town? Maybe someone who could have read my first literary scribblings and encouraged me as his wife had never encouraged him. And he, too, may have been looking for a soulmate to vent his spleen to, however beardless. I thought I could feel mamá’s words, her gestures, her relentless conviction, but I couldn’t remember the man’s name, nor would I ever be able to. Every name in town, the onomatology of my first years – I can still rattle off every one, but as nothing more than a verbal show, without assigning any face to a name beyond our family and next-door neighbours. Remembering this wouldn’t have changed a thing, but I would have liked to be able to put a face to it; it would have been like re-encountering one of the hopes underlying my vocation.

Still, something about the whole affair rang hollow. That surreptitious smile I’d imagined on papá’s face already had me filled with doubt. A repeating echo caused the memory to fade. Maybe I couldn’t remember the man in question because it had to do with many people. I closed my eyes to the things around me in order to undertake a more exhaustive investigation and, at that point, all the men who had supposedly been damned by their marriages came to me in droves. At the head of the procession there came a scene that, for its painfulness, often returned to me. I was something like ten years old, we were in my grandfather’s house, and one of my uncles was venting bitterly about the failures that plagued him in his attempts to become an actor. Histrionic and extremely expressive, he was an actor down to the very last bone in his body. He was passionate about the theatre and had participated in amateur dramatic groups, but nothing ever seemed to result in anything, all his initiatives and efforts being sabotaged by indifference, financial precarity, bad luck. All the brothers and sisters-in-law who were there were comforting him, talking about the town’s hardly favourable atmosphere, or praising him for the performances they had seen him give, or evoking his relative youth and all the things he could do in the future. Mamá, who had been silent, at last opened her mouth to tell him that the entire fault, in fact, lay with his wife (who was not there). ‘Your only piece of bad luck was marrying a woman who doesn’t understand you and certainly isn’t worthy of your company.’ There was an awkward silence. My uncle didn’t say a thing. He just got up and left without saying goodbye, desolate. Mamá glowed with triumph. I thought it was all extremely cruel of her. I had noticed her sadistic streak before, and how little she cared if she created a profoundly uncomfortable situation. 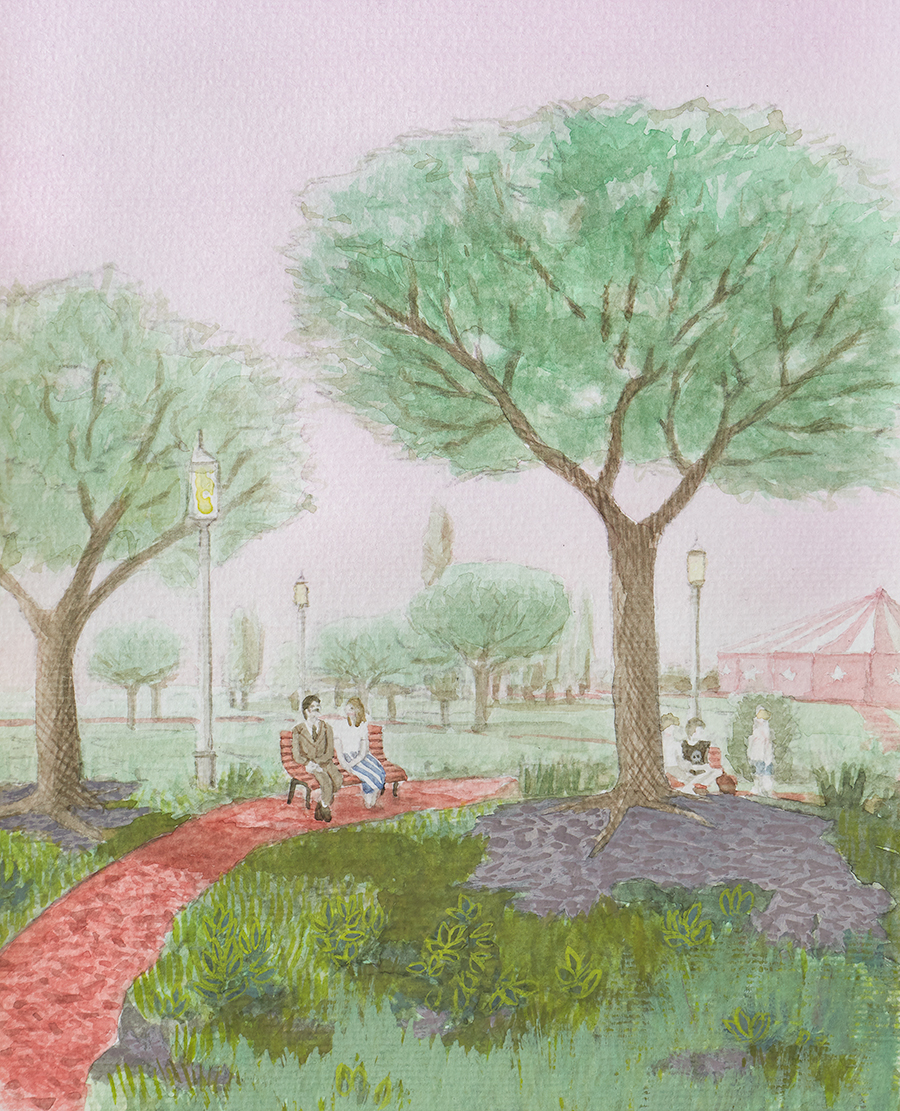 I gave up on identifying the husband from that time at the table because he could have been any one of the legion I was recalling. He was a dentist who, like my uncle, was a theatre enthusiast, reliably in attendance whenever companies passed through on tour – and always alone. This last point was mamá’s, who could only attribute it to the wife’s lack of interest in all things cultural; what else to expect from that fat, ignorant cow who could do no more than cook and sweep the sidewalk? And he, a fine, sensitive man, withering away in matrimonial solitude. Plus, he was the president of the library’s executive committee, a ‘most educated’ man who could have been a great writer if it weren’t for the obstacle of his brute of a wife, who had opened maybe one book her entire life. And what’s more, in his frustration, he had been driven to alcoholism. He was one of papá’s childhood friends, a painter, a dandy, a great reader and adventurer: his big mistake has been marrying a woman with no drive, if not no brain. Papá, who had grown used to these opinions and so let them fly, made an observation in this case: his friend’s wife was rich, and that was what allowed the husband all his cultural caprices. Mamá dismissed the objection outright: all the money in the world couldn’t buy back the misfortune of having a wife who couldn’t meet the height of a sensitive man. Another case in point: Triano, also a painter. He could have been Antonio Berni, if it hadn’t been for that tedious wife of his who had tied him down to the town, to vegetating in his occupation as a photographer.

And there were more, many, many more. My mother was an eagle-eyed talent scout; she could find them where others saw nothing more than a garden-variety neighbour. And even if she did so not by means of her own talent (culture mattered very little to her, whatever she may have claimed), but instead in order to disqualify women and place herself on a higher rung of refinement and intelligence, perhaps she was onto something. Perhaps the town really did have, camouflaged by mediocrity and functional illiteracy, a great quantity of men with artistic talent, educated and creative men, readers. As a teenager, I viewed Pringles as a cultural wasteland and isolated myself, anxiously awaiting the hour I could leave for Buenos Aires in search of better ways of writing and making art. In light of these memories, I wonder if that wasn’t a mistake. Because if there was even a hint of truth in those maternal words, Pringles was bursting with people like me, and they weren’t shut off in little cliques as in Buenos Aires, the kind I took decades to penetrate, but available, thirsting, too, for contact.

César Aira is a writer based in Buenos Aires, Argentina. He has published more than 90 books and has been shortlisted for the Neustadt International Prize for Literature and the Man Booker International Prize. His most recent book, Birthday, was published by New Directions in February; El Presidente (The President) is forthcoming with Mansalva.

Ariel Cusnir is an artist based in Buenos Aires, Argentina.