'Where did you grow up? Do you speak the local dialect?' These are some of the questions Rainer Ganahl asked during the series of interviews he conducted with residents of Neuenkirchen for his project Lüneburger-Heide-Sprechen (2001). Neuenkirchen is a tiny village located in a picturesque rural area south of Hamburg; the former concentration camp Bergen Belsen is about 40 kilometres away. In his interviews Ganahl talks to people from three different generations (in their 80s, 40s and teens) about their home town, their daily routines, the regional vernacular and, with the older generation, about memories of life under the Nazis and World War II. Each interview is recorded on video and can be viewed individually on two monitors. The tapes are shot with a static camera. Off-screen Ganahl subtly directs the conversation from mundane subjects over to more volatile issues of historical and political relevance. It's a form of inquiry that differs from a standard journalistic approach: Ganahl creates a relaxed atmosphere and allows conversation to flow freely. As a result comments become more and more revealing as small talk gradually develops into oral history.

Martin Greve (born 1922), for example, recounts his life in the years before, during and after the war. As a soldier he watched over Russian prisoners of war. Later he was wounded and barely escaped from Leningrad, only to be taken prisoner himself. He adds that his father was arrested and taken to the KZ Neuengamme for criticizing Nazi policies. His story about war, imprisonment, deportation and displacement is interrupted from time to time by Ms Greve politely offering Ganahl some more coffee and cake. The situation is unsettling: the tragic story is told against the backdrop of a middle-class living room, redolent with peace and material wealth.

History is repeated as Germans who experienced war and displacement in their youth now face the influx of refugees in Neuenkirchen. It is disconcerting to see how another 80-year-old pensioner interviewed by Ganahl voices his hostility and xenophobia against foreign asylum seekers - when only moments before he had described his own suffering during the war. A refugee's perspective was expressed by eleven-year-old Rejhana Sulejmani. She does not remember much about her family's flight from Macedonia when she was two. When asked how she reacted to reports on television about the crisis in Kosovo, she replies that she perceived it as a war waged by the German army against 'us'. 'Who is ''us''?' inquires Ganahl. 'Us foreigners', the girl replies calmly.

This moment and similar situations in other interviews leave you baffled: it seems that many of the speakers are oblivious to the more complex meanings of their words, especially in regard to the atrocities of the Nazi regime, the torments of war and the terrible legacy of the holocaust. Apparently, some people whose lives have been affected by catastrophes manage to absorb the impact of the shock without realizing its dimension. The trauma becomes a part of their biography which they articulate in conversation but do not reflect upon. So it is only in the listener's perception that the meaning of their stories unfolds to its full extent.

Ganahl's work in Neuenkirchen stands in a direct relation to his ongoing project Sprache der Emigration - language of emigration. Since 1999 he has been recording video interviews with Jewish immigrants in New York. In the Kunstverein three interviews (with Clara Ringl, Barbara Heinerl and Ralph Freedman) were presented. In showing the complex biographies of Jews who survived Nazi harassment and fled to the United States, Ganahl refutes complacency by emphasizing that the reality of suffering is still present in the memory of people living today. On the whole it is the questions surrounding these crises that Ganahl's work highlights: how do you carry on living when your life has been disrupted by tragedy? How is it that people who survived both the Holocaust and wars - both the persecutors and the persecuted - at some point managed to return to normal life, even though it feels like the possibility of normality should have become an impossibility? 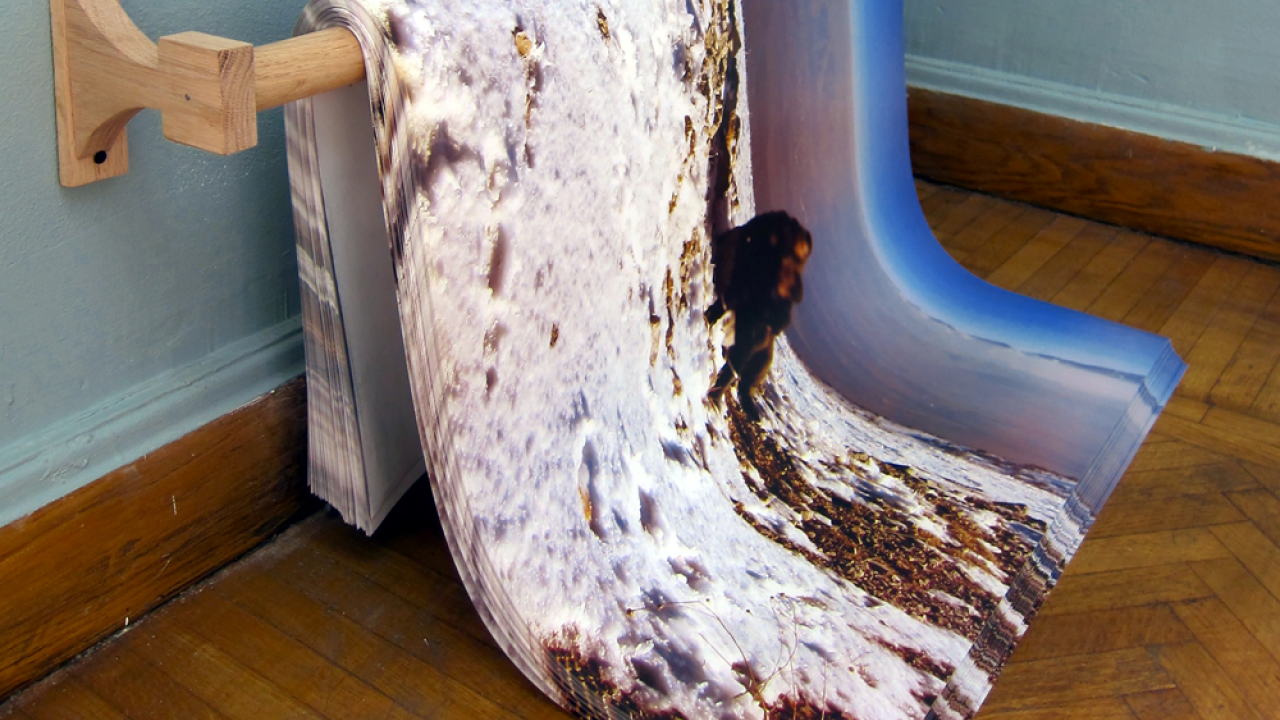