Ruth Wolf-Rehfeldt Searches for Peace in a Divided World

A
BY Alex Turgeon in EU Reviews , Exhibition Reviews | 12 JAN 23

‘I had the ambition, like a spider in a web, to spin my threads to every place on earth,’ opines Ruth Wolf-Rehfeldt in the wall text of her current exhibition at Berlin’s Kupferstichkabinett. ‘Like a Spider in a Web’ is a survey of the German artist’s extensive practice, with a particular focus on what she refers to as ‘typewritings’ (1972–89) – an inventive form of concrete poetics created almost entirely using her Erika typewriter, the ubiquitous technology of East German bureaucracy during the cold war. Considering formal relationships between how text inhabits a page, in concert with humanity and the world it occupies, the exhibition articulates binary systems of power through themes of nature, technology and war while highlighting the artist’s ongoing search for peace through language, letter patterns and visual poetry.

A web is simultaneously a form of architecture and a network connecting points across a system of supportive nodes. Wolf-Rehfeldt’s own web comprised a network of artistic collaboration and dissemination that drew from the mail-art movement. Mail art saw artists exchange works through the post as a means not only of collaborating across distances (in the only way then possible) but of evading draconian censorship – especially when operating within repressive regimes or behind the iron curtain. From a grassroots community, mail art developed into a vast network with a utopian worldview defined by a shared creativity.

Wolf-Rehfeldt’s connection to this movement is represented in some of the first works on display in the gallery. Illustrating her active dialogue with notions of exchange, To and From (both 1974) are comprised entirely of the titular words typed repeatedly to replicate the front and back of a posted envelope. Collaborations such as Dangerous Balance, with Wendy Toogood, and PAX, with Claudine Barbot, (both mid-1980s), along with Wolf-Rehfeldt’s introduction of collage in works like Gedankengänge (PEACE) or Figuration (Tower) (both 1980s), helped expand jer aesthetic language and convey the candid artistic intuition mail art enabled. This form of creative freedom, often inaccessible within the prevailing aesthetic schools of social realism, is underscored by a pair of works entitled Käfigwesen (Cage Being, both 1980s), in which figures composed of layers of typed cubes shapeshift between proposals for constructivist architecture and the bodies destined to be contained within them.

The exhibition, which marks the occasion of Wolf-Rehfeldt receiving the prestigious 2022 Hannah Höch Prize, maps out six distinct curatorial groupings. These include ‘Divided Planet’, which presents Wolf-Rehfeldt’s ‘typewritings’ next to a section dedicated to Höch’s dadist collages – such as Friedenstaube (Peace Dove, 1945–47), depicting a dove flying over hollow towers that resemble the barrels of guns – tethering both artists’ coded critiques of war across time. The section’s titular work, composed entirely of the repeatedly typed word ‘planet’, shows the two hemispheres of a globe butting up against one another (Divided Planet, mid-1970s). Wolf-Rehfeldt makes it immediately clear that both are fundamentally the same – an apt reading of the cold-war tensions that dominated the artist’s practice.

A web might be a home, but it is also a net. Once the Berlin Wall had fallen and Germany was unified in 1990, Wolf-Rehfeldt felt there was no longer a need to continue making art. Today, her collected work serves as both a historical testament and as a lens through which to view the still-divided planet of our present, reflecting that such divisions are arbitrary distinctions, ripe to be undermined.

Ruth Wolf-Rehfeldt’s ‘Like a Spider in a Web’ is on view at Kupferstichkabinett, Berlin, until 5 February.

Alex Turgeon is an artist, educator, and researcher based in Toronto, Canada. 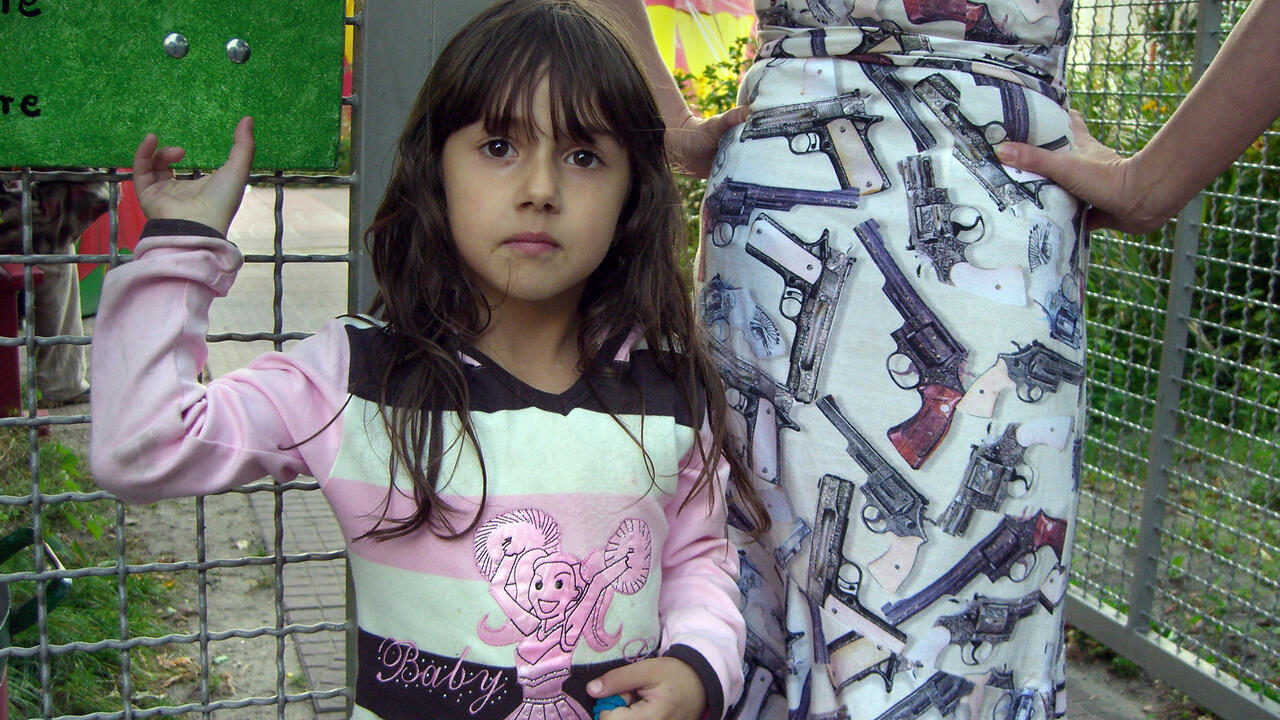