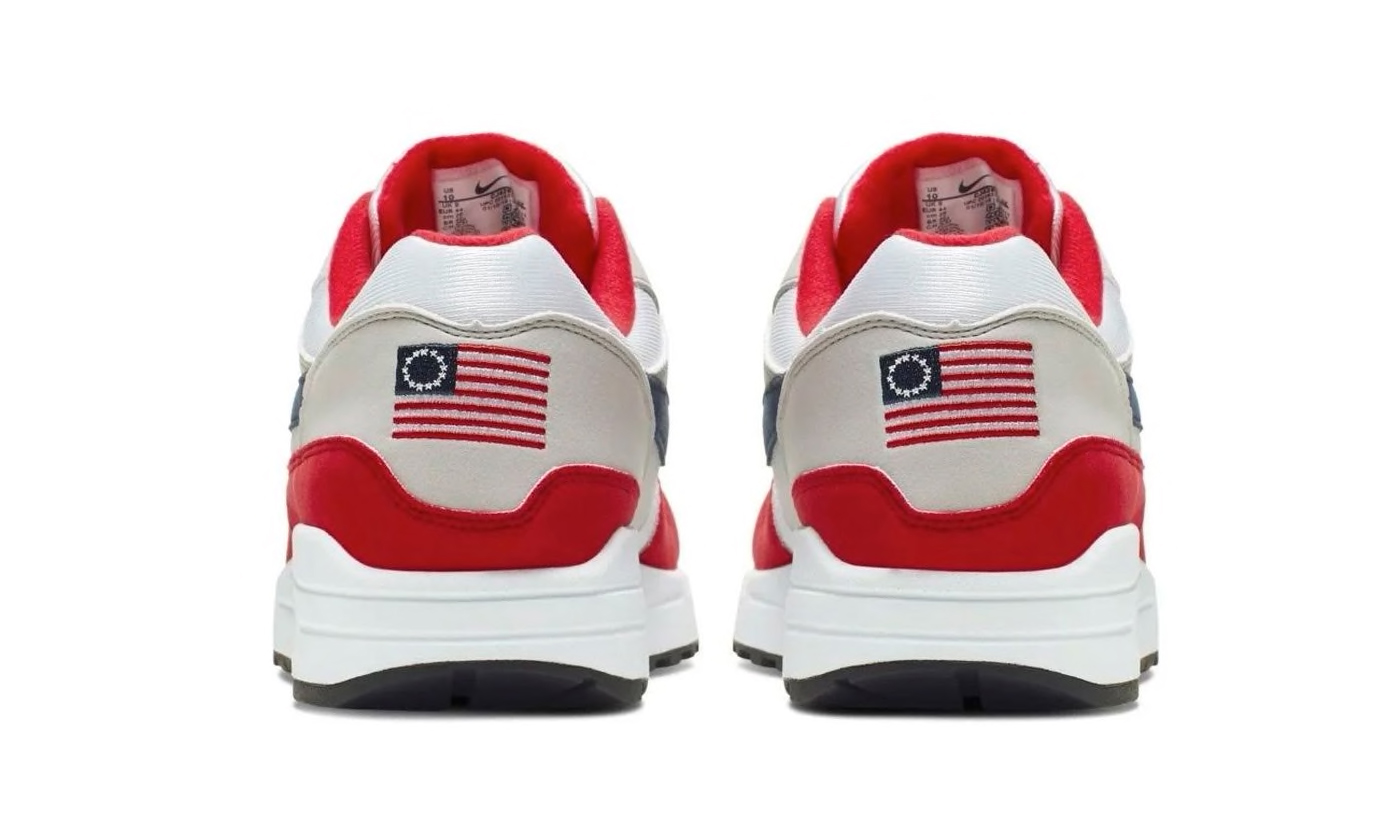 When did apparel brands become the gauge to which we measure the current state of racial politics? Last year, sportswear giant Nike released an advert with former American footballer Colin Kaepernick to mark the 30th anniversary of their ‘Just Do It’ campaign. The two-minute film featured the quarterback – known for kneeling during the National Anthem in protest at the systematic racism against African-Americans – telling viewers: ‘Believe in something. Even if it means sacrificing everything.’ The ‘radical’ commercial was in keeping with Nike’s history of combining advertising with political commentary. But, in almost the same breath, the brand recently misstepped with the release of their special-edition 4 July sneakers featuring the ‘Betsy Ross Flag’; an early American ensign connected to the slave era and a symbol co-opted by white nationalists.

Bearing the 13-starred flag created in 1776 during the American Revolution, the Air Max 1 sneakers were quickly withdrawn from sale after a concerned Kaepernick called out its links to extremist hate groups and to a period when black people were seen as inferior. Conservatives have labelled the move as ‘unpatriotic’. Arizona Governor Doug Ducey tweeted that the decision was a ‘shameful retreat’ and that Nike should be ‘proud of the country’s history, not abandoning it’. Donald Trump Jr. also waded into the footwear fiasco, posting a photoshopped mock-up of a Nike trainer altered to appear emblazoned with the Soviet Union’s hammer and sickle ensign, as a comment on the brand’s supposed socialist leanings.

The backlash from conservatives centres around what they perceive to be the chokehold of left-wing political correctness, but historical emblems do not exist void of meaning and independent of context. Like many ‘proud-to-be-American’ items – from MAGA hats to modern displays of the confederate flag – the Betsy Ross sneakers incur the same discource regarding the romanticization of history and selective memory. It’s impossible to be proud of US heritage without being disturbed by it at the same time, unless you remain ignorant of its true historical significance. Symbols and references of early America are riven with associations to racism, segregation and white supremacy: it’s really not that radical an ask for consumers to expect megabrands to do their research before selling to them.

Books , Opinion
The Art of Dressing: How Sartorial Choices Shape the Artist

In What Artists Wear, Charlie Porter examines figures from Georgia O’Keeffe to Gilbert & George to reflect on the importance of clothing to artistic practice and identity