At the age of four, Anri Sala was taken to the Palace of Pioneers in Tirana, then capital of the People's Socialist Republic of Albania, in order to begin the violin lessons he had asked his parents for. ‘So there was this man sitting in front of a piano,’ the artist recalls, ‘and he needed to check if I had an ear.’ In a small, darkened room, the instructor clapped out a series of rhythms for the boy to repeat, each one longer and more complex than the last, ‘and I got so worried that I would miss the next one,’ Sala says. But he didn't falter. ‘Good,’ said the violin teacher finally, satisfied with the boy's ability to recognize and repeat a rhythm. ‘You're done.’ 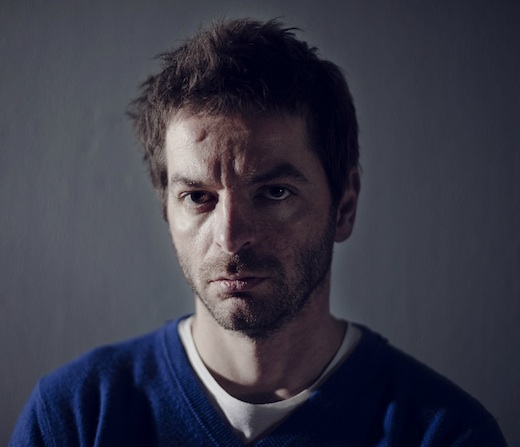 Sala went on to study violin for seven years and, though he no longer reads music, he acknowledges that the experience helped him develop ‘an idea about musical tempo, and how to speak with musicians’ – both of which have proved useful in his numerous projects involving music of various stripes, be it Tchaikovsky or The Clash. But there is something about this story of his initial encounter in the Palace of Pioneers, with its play of difference and repetition, that resounds especially clearly in Sala’s upcoming project for the French Pavilion at the 55th Venice Biennale this year.

‘The idea was that I wanted to make a work that is about repetition,’ Sala told me last month in a cafe across the square from the Centre Pompidou in Paris, ‘the same and its difference and how you produce difference in the same.’ The installation Ravel Ravel Unravel (2013) breaks down into two parts: the work Ravel Ravel (2013) sees two celebrated concert pianists, the Quebecois Louis Lortie and French-born Jean-Efflam Bavouzet, filmed separately performing Maurice Ravel’s celebrated Piano Concerto for the Left Hand (1929–30), with both films projected superimposed in the main hall of the pavilion. In the two side rooms, another pair of films, Unravel, depicts Chloë Thévenin (better known to techno fans as DJ Chloë) struggling to reconcile the two unsynchronized interpretations by Lortie and Bavouzet with a mixer and dual turntable set-up. 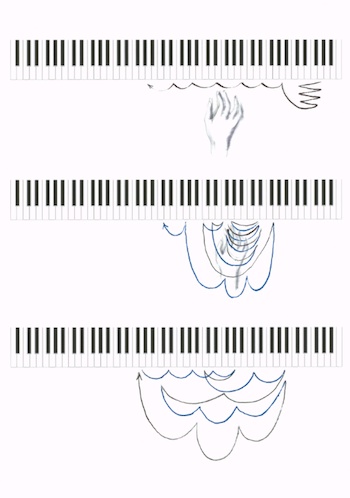 Initially Sala was drawn to the existing repertoire for one-handed piano by its ‘dynamics’, the way such pieces pit ‘a single hand playing against 120 other hands.’ He soon found himself drawn into the story of one man who may have done more for this repertory than any other: the concert pianist Paul Wittgenstein. Big brother to the philosopher, Ludwig, and heir to one of the greatest fortunes in Europe, Wittgenstein lost his right arm fighting at the Russian front in World War I. Undaunted, he continued to practice one-handed on a keyboard painted on a wooden crate in a prison camp in Siberia. Upon his return home, he used his wealth to commission new works from some of the greatest composers of the time. Of these, the ‘most beautiful’, according to Sala, as well as ‘one of the most successful challenges’ was the Concerto by Ravel.

Ravel Ravel Unravel developed in the wake of last year’s announcement that France and Germany would be swapping pavilions for this year’s biennial, and Sala admits that, ‘the project would probably resonate differently if it were in the French pavilion.’ Nonetheless he is keen to stress that this, ‘doesn’t mean that Ravel Ravel can only be shown in that space. Of course it will continue its life and be shown in other spaces, but the idea of the project took shape and grew together with the knowledge that it would be there.’

One of the first foreign pavilions in Venice, the building that had originally hosted just Bavarian art became a national German pavilion in 1912, within months of Wittgenstein’s first professional concert. The pavilion closed completely during the war, while the pianist fought with the Austrian Army dragoons, re-opening in 1922 as – coincidentally – Wittgenstein commissioned his first one-handed works from Rudolf Braun and Erich Korngold. Finally extensively redesigned by the Nazis in 1938, the very year Wittgenstein fled the régime for America. But besides what Sala calls these ‘historical repercussions’, what interested the artist most about the building was its peculiar acoustics. 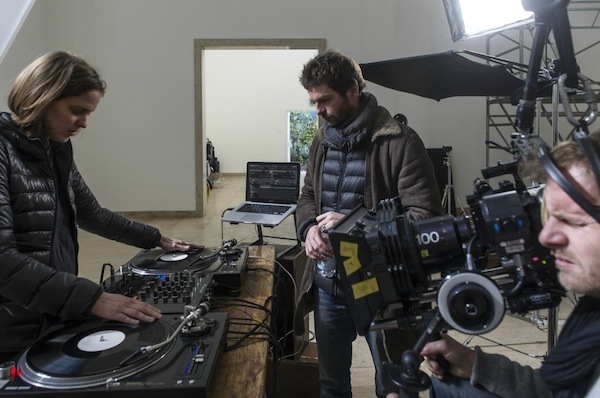 ‘I went with Olivier Goinard, the sound designer [for films by Agnès Varda, Olivier Assayas and Mia Hansen-Løve, among others] to measure the acoustic imprint of the German pavilion,’ he told me. ‘Because of its height and its hard surface it has a very long echo – almost nine seconds long.’ This long delay is used to full effect in Unravel, complicating further the DJs efforts to unite the two performances. But for Ravel Ravel, it became necessary to negate the effect of the room. ‘Where you produce a difference between the two executions of the same concerto, you produce an echo,’ Sala explains. ‘And echo may produce a feeling, a hint of space. So where am I able to project that hinted space that is completely induced by the temporal interval between the two concertos?‘ he asks rhetorically. ‘It has to be in an anechoic room.’

The first anechoic room was built at Harvard University during the Second World War by an acoustician named Leo Beranek while he was working on the problem of noise control in military aircraft and other armoured vehicles. With walls typically covered in jutting cones, the room is expressly designed to be totally acoustically dead, resistant to all sonic reflections. The use of such a space by Sala thus brings the project in line with his previous employment of such ‘very controlled … very scientific spaces,’ which would ultimately prove ‘very necessary for the military’, as in the geodesic dome which provides the setting for Answer Me (2009). Based on a design by Buckminster Fuller, the dome at Teufelsberg, near Berlin, was used by the American military as a telecommunications monitoring station, part of the Echelon project. Sala’s film finds a man playing the drums inside the dome, blocking out the attempts of his lover to end their relationship. As the drummed beats echo about the dome, they animate another, lone drum, which plays, as it were, by itself.

‘You had to compose by including – in the beat – the frequency response of the building,’ Sala tells me. So, as with the present work, it is a question of what he calls, ‘an architecture of sound’ – whether the sound is created by the echoes in a space, or the space implied by the lengths of echoes in a sound. In both cases, it is a question, Sala claims, of ‘syntax’. And this is what draws the piece into the very heart of the artist’s abiding concerns of the past 15 years: ‘how to develop a narrative not via content but via syntax’ and ‘the way political situations impact and scar syntax.’

This syntax could be the composition of a piece of music, the arrangement of space within a building, or the pauses that break up a dialogue. This was the subject of the note left by Michelangelo Antonioni, which inspired Answer Me – to film the breakdown of a couple by shooting ‘not their conversation but their silences.’ And this, too, was the subject of one of his earliest works that captured the public’s attention: Intervista (1998), in which an old film of the artist’s mother from her days as a communist party activist, is disturbing not so much by what is said, but ‘how she articulated it.’

Multiple echoes, then – musical, architectural, historical, and theoretical – will resound in this year’s French pavilion – in the German pavilion – at Venice. Having been working on the project since last summer, it’s a piece, Sala says, that he has been ‘completely taken by’. Over-determined and multiply entwined with a complex criss-cross of narratives, it’s a project that invites every visitor to unravel for themselves the subtle resonances of the work.

Robert Barry is freelance writer and composer, based in Paris. His music can be heard at littleother.blogspot.com