BY Lauren Kane in Exhibition Reviews , US Reviews | 03 JUN 21

Yoko Ono’s seminal artist’s book, Grapefruit (1964), is a trove of aphoristic nuggets, for example: ‘A dream you dream alone may be a dream, but a dream two people dream together is a reality.’ The title of the Asia Society’s inaugural triennial in New York, ‘We Do Not Dream Alone’, riffs on this quote. This momentous exhibition – the first part of which took place between October 2020 and February 2021, with part two now open through 27 June – draws attention to an array of artists from across Asia whose works are installed throughout several rooms of the Asia Society’s Park Avenue location. The group show aims to express Asia’s prominence within the global artistic landscape by engaging with the rich art history of Asian countries and its relationship to the West.

In part one, there was a robust and rewarding effort to include non-contemporary artists. Works on paper by the modernist Nandalal Bose represented an intersection of East and South Asian art: bucolic nature scenes in delicate black ink wash in the style of sumi-e. Arpita Singh, a formidable figure of midcentury painting in India, presented three canvases – dreamlike scenes rendered in thick, sketchy brushstrokes and vibrant shades of pink and blue. These predecessors were placed alongside the new voices at the heart of the show. Thai artist Natee Utarit’s enormous canvas, The Dream of Siamese Monks (2020), revisits 19th-century painter Khrua In Khong’s mural People Viewing Giant Lotus (1865). In Utarit’s interpretation of Khong’s work, an enormous lotus towers over a classical sculpture, a lone monk and several figures in Western dress, which also feature in the original: a painter of art-historical significance in Thailand, Khong was known for bringing elements of Western realism into his work. Anne Samat’s Follow Your Heart Wholeheartedly (2020) is a display of sculptures like suits of armour constructed with household objects such as rakes, beads and yarn. Samat’s craft-based practice is one example of the show’s general interest in the rejuvenation of traditional forms: from the Hellenistic urns in Reza Aramesh’s Study of the Vase as Fragmented Bodies (2021) – terracotta vases adorned with homoerotically charged figures – to the influence of Persian miniature painting in Shahzia Sikander’s The Scroll (1989–90) and Hamra Abbas’s Every Color (2020), a series of miniature portraits from the trans community in Lahore, their faces floating in white space.

The second part of the triennial lacks these art-historical layers and, while the conversation with the West is still manifest, it’s at a lower overall decibel. Xu Bing’s Silkworm Book: The Analects of Confucius (2019), in which strands of silk shroud pages from the ancient Chinese philosopher’s text, is a commentary on the role that Eastern philosophy played in the founding fathers’ creation of the US constitution. This delicate, stirring piece was given ample space in the show’s first iteration, being in a gallery with just one other work: Sun Xun’s July Coming Soon (2019), an eight-metre screen painted with traditional motifs telling the story of Donald Trump’s political ascendance and ultimate downfall. Bing’s work is displayed with decidedly less fanfare this time around, tucked into a corner; Xun’s doesn’t appear at all. Vibha Galhotra’s The Final Feast (2019–20) is a series of staged photographs depicting a fictional cast of global elites sitting down to a decadent meal, slicing open a cake of the Earth. In this straightforward commentary on global corruption and power, Galhotra eschews a focus on specifically Western oppression.

From the outset, ‘We Do Not Dream Alone’ sought to spark a necessary conversation about the representation of contemporary Asian artists in New York galleries and museums; by coincidence, US prejudice against Asian peoples and cultures has boiled over into tragedy just as this show comes to fruition. While part two continues to offer the same satisfying tangle of influence and reference, it contains moments throughout that speak to unity rather than division. Visitors are greeted by a gallery fully dedicated to Passage (2020), a series of six paintings by Abir Karmakar arranged as though they are separate ‘rooms’ of a house, through which you can pass from one to the next. In trompe l’oeil style, Karmakar depicts a cosy domestic world dotted with both Indian and Western religious iconography. A gallery devoted to From Shadow to Shaman (2021), by anGie seah, includes a participatory element that draws any visitor into a ritual inspired by mysticism, encouraging them to follow a guide to interact with her installation. A cacophony emanates from Mina Cheon’s installation piece, Art History Lessons with Professor Kim (2017), wherein portable DVD players screen videos of art-history lectures that have been distributed in North Korea by defector organizations. In the same room hangs a reproduction of Leonardo da Vinci’s The Last Supper (1490s) by a group of anonymous North Korean painters.

By including historical works, part one of ‘We Do Not Dream Alone’ felt more than the sum of its many parts, more like a concrete possibility than an abstract ideal, and a way to collaboratively articulate across time the vast complexity of experience throughout Asia. However, despite lacking this nuance, part two serves as a reminder of the limitations that were the inspiration for the triennial in the first place: creating more time and space in New York for contemporary Asian artists. Hopefully, the Asia Society will inspire other institutions to explore deeply and broadly the ideas, movements and themes introduced in this triennial.

Part two of the Asia Society Triennial, ‘We Do Not Dream Alone’, is on view through 27 June.

Lauren Kane is a writer and editor who lives in New York, USA. 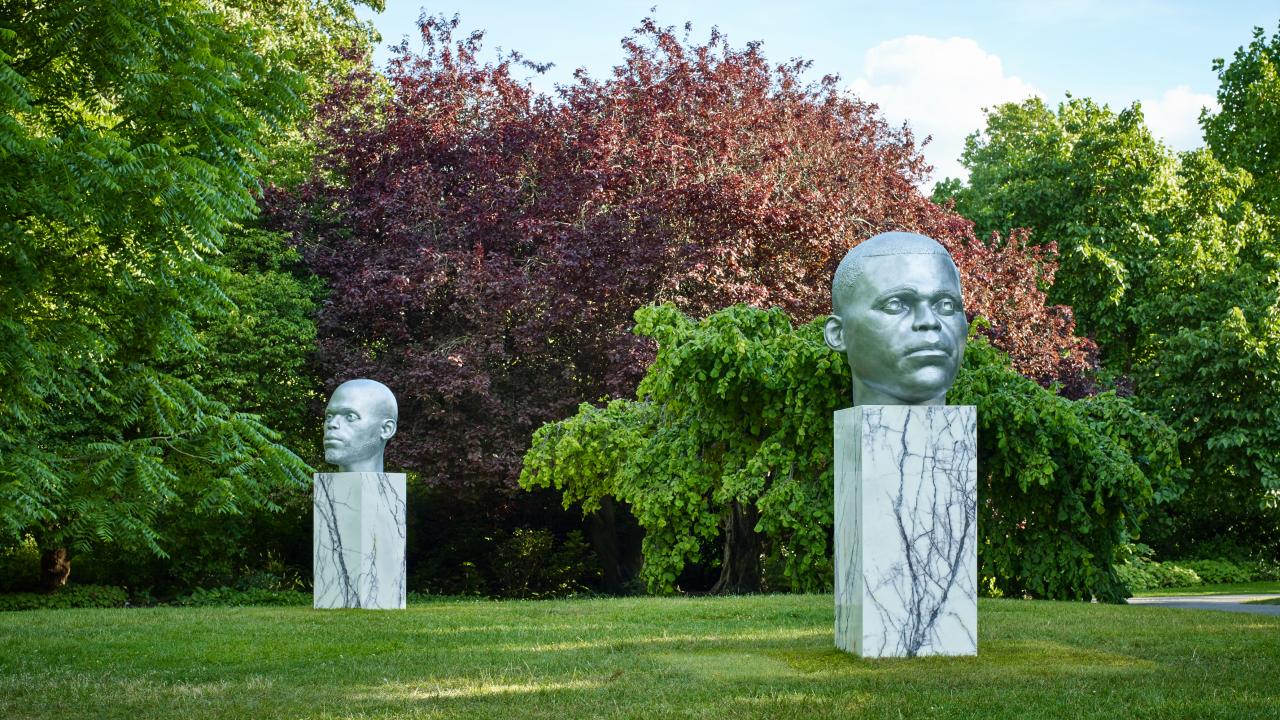 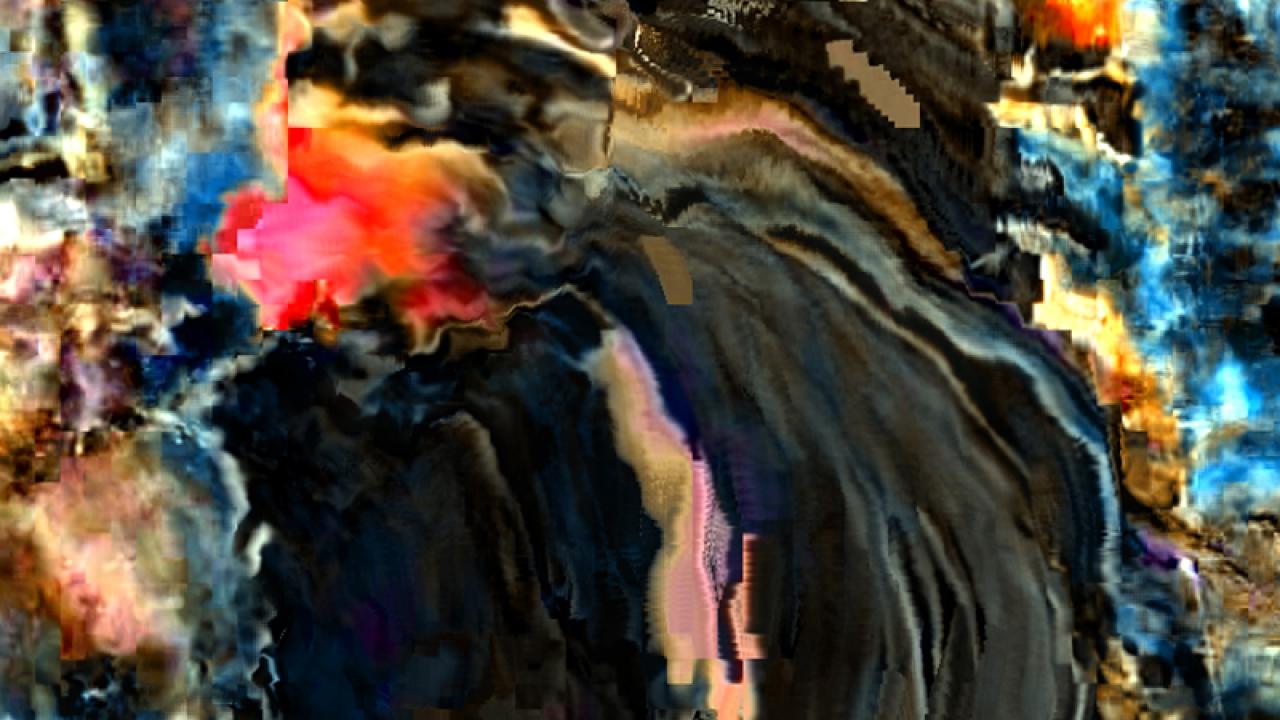