Why Are Artist Filmmakers Turning to Landscape?

On 19 May, Tacita Dean’s exhbition ‘Landscape’ will open at London’s Royal Academy, part of what has been described as an ‘unprecedented collaboration’ with the National Portrait Gallery and the National Gallery, where the complementary presentations ‘Portraiture’ and ‘Still Life’ are, respectively, already on view. In the thematic conceptualization of this tripartite exhibition, there is clear recourse to the authority of art-historical genres, as if framing Dean’s practice as an extension of painterly traditions might lubricate the entry of the moving image into these august venues.

Landscape can be a throwback, but it is also a distinctly contemporary concern. As the art historian Simon Schama writes in his book Landscape and Memory (1995), it is ‘a text on which generations write their recurring obsessions’. This text continues to be written and rewritten with vigour today – and not only by Dean. Topographic vistas recur across the work of artists inhabiting the documentary mode in the cinema and gallery, while the third edition of the ICA’s Frames of Representation festival (20–28 April) in London will take landscape as its theme. Why this interest? The answers have little to do with a desire to claim legitimacy for the moving image by inhabiting the well-worn conventions of painting.

At the 40th edition of Paris’s Cinéma du réel festival, this year newly under the formidable artistic direction of Andréa Picard, the winner of the international competition was James Benning’s L. Cohen (2018), a 45-minute single take of Oregon farmland. The drone of unseen planes fills the soundtrack, but the relentlessly static image scarcely betrays any trace of movement, with even the blades of grass in the foreground remaining frozen in this windless scene. Then, about halfway through, the great event arrives: a solar eclipse engulfs the world in sublime transformation. Animals howl in the darkness, and then all is restored. The banal and the breathtaking coexist.

L. Cohen is fully the product of digital affordances – no photochemical camera could produce a take so long – and yet it defiantly challenges the temporalities and modes of image production associated with digital culture. It offers observational capture in place of compositing and slow contemplation instead of frenzied distraction, carving out a rare opportunity for a non-instrumental encounter with the world in time. Babette Mangolte put it best in her painfully underrated 1982 film The Sky on Location: ‘What the landscape can give you is a release of intentions, a lack of determinism, which indeed is far from our civilization. Near the end of Benning’s film, Leonard Cohen’s ‘Love Itself’(2001) – a rustling song of light, dust, and passing – plays in full. Perhaps the film is an homage to the departed musician, perhaps a portrait in disguise.

In Jumana Manna’s Wild Relatives (2017), recipient of the New:Vision award at CPH:DOX in March, the fate of the Aleppo-based seed bank ICARDA prompts an exploration of the geopolitics of agriculture in the age many call the Anthropocene. Benning’s landscape shows traces of human intervention, but his concern is primarily with an attunement to the natural world; Manna, very differently, works decisively on how humans transform their environment, examining practices of care for the Earth that attempt to mitigate harm already done and prepare for an uncertain future. From the wheat fields of Lebanon, where ICARDA moved after the Syrian Revolution, to the tundra of Svalbard, an island in the Arctic Ocean home to the Global Seed Vault, Manna traces intersecting narratives of biodiversity, migration, land use, war, and survival.

Manna’s interest in how land is affected by anthropogenic processes is one found in the work of many artists today, whether in the bifocal perspective on mining pursued in Ben Russell’s stunning Good Luck (2017), or in the entanglements of bats and wind turbines in Maeve Brennan’s Jerwood/FVU award commission Listening in the Dark (2018). If, in the United States, the vogue for landscape painting in the 19th century was in part a nostalgia for a lost wilderness – something one might associate with Benning today – for these artists, any sense of melancholic compensation gives way to a material reckoning with a damaged planet and the economies of extraction and industrialization that populate it.

The monochrome poetics of Salomé Lamas’s Extinction (2018) and Gürcan Ketlek’s Meteors (2017), both playing at Frames of Representation, offer a third approach, one that finds in landscape a testimony to territorial conflict, state violence, and problems of sovereignty. Extinction departs from the non-recognized republic of Transnistria, roaming across the arbitrary borders of the former Soviet Union, while Meteors dwells in a Kurdish village in southeast Turkey, subject to martial law. These penumbral films verge on the hallucinatory, skirting the edge of fiction in their oneiric visions, while never relinquishing a claim to actuality.

In the 1960s, Masao Adachi proposed a theory of filmed landscape that held that social forces become visible in images of the built environment, testing these ideas in A.K.A. Serial Killer (1969). When Eric Baudelaire creatively reimagines Adachi’s masterpiece as Also Known as Jihadi (2017), it is in part an effort to put pressure on how revelatory the terrains traversed by his absent protagonist really are; perhaps there are instances when the landscape is mute, registering nothing of the passages taken through it. Extinction and Meteors, by contrast, gravitate to precisely those landscapes that most speak of history, capturing monuments, checkpoints, and ruins that index the reverberations of power, framing the land itself as a protagonist, as literal and metaphorical ground for self-determination and belonging. In Meteors, this interest merges with a celestial spectacle worthy of Benning, as the town experiences not only a rain of shells and bombs but a shower of flaming meteors.

Across these films and many others, landscape becomes a way of thinking and making images at a scale that exceeds the individual, whether by opening onto the wonder of natural processes, the intersections of human and nonhuman life, or the fraught triangulation of a people, the state, and the soil. There are roots of such preoccupations to be found in the history of landscape painting, of course, but the moving image is bound to reality, registering its traces in a way painting cannot. Why landscape? Because this is the only world we have, and we are not in it alone. 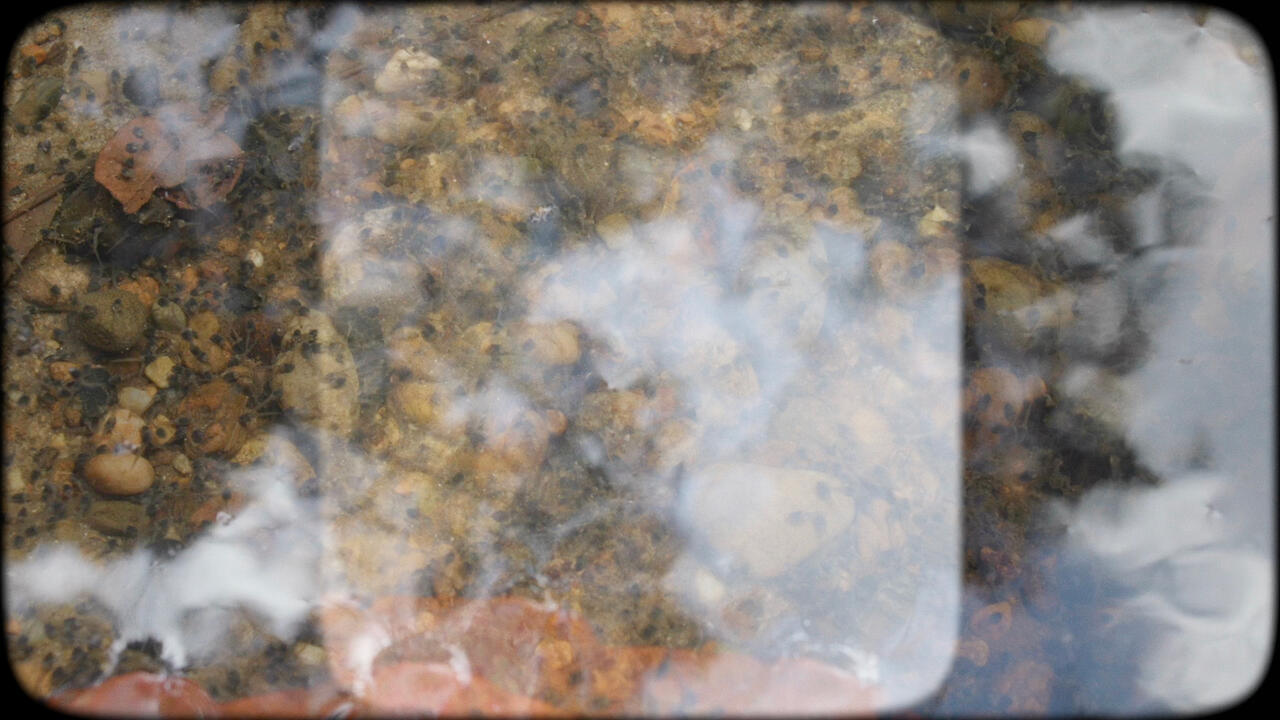