BY Hayoung Chung in Exhibition Reviews , Reviews Across Asia | 27 JUN 22

When I first saw the exhibition poster for ‘All About Love’ – white cursive text running across a black heart set against a hazy pink backdrop – it reminded me of the banal graphic style commonly used to advertise romantic novels or films. Yet, this exhibition by two artists of Korean descent, Young Joon Kwak and Sara Sejin Chang (Sara van der Heide), is the exact opposite of conventional, unpacking, as it does, their personal histories to deconstruct colonial narratives and explore queer love and gender constructs.

On the second floor, Kwak’s works in fibreglass, resin and rhinestone freely reference Greek and Roman mythology. For example, Herma Herculine (2017) is modelled after an ancient Greek Herma, typically a rectangular pillar with a male face at the top and genitals in the middle. Kwak’s reinterpretation, however, replaces the head and penis with two gesturing hands and a hermaphroditic organ positioned on a magenta and yellow marbled plaster column. The sculpture also pays homage to Herculine Barbin, a 19th-century, French intersex person, whose self-titled memoir was studied and republished by the theorist Michel Foucault in 1980.

The artist’s references to ancient mythology continue in the series ‘Hermaphroditus’s Reveal’ (2017–21), comprising sculptures with repetitive and abstract motifs. Hermaphroditus, the intersex child of Hermes and Aphrodite in Greek mythology, was historically depicted as a handsome boy with big breasts or a beautiful woman with male genitalia. In Kwak’s series, Hermaphroditus reappears as an abstract form; draped, isolated body parts are cast in various materials, including resin and nickel silver. In Circle Dance and Divine Queer Futures (2022), multiple holding hands form a circle, evoking an act of unity. With the work suspended from the ceiling, the pink palms of each hand are fully exposed, while the backs appear covered in rhinestones, signalling a collective, utopian future.

Chang’s work has an equally critical but optimistic impulse. Brussels, 2016 (2017), framed as the artist’s letter to her unknown mother in South Korea, is accompanied by The Mother Mountain Institute (2017–ongoing), a large kinetic sculpture and sound installation containing multiple drawings of mountains accompanied by texts. The inside of a close-to-room-scale box resembles an orrery: the sun and moon, symbolizing the mother and child, revolve around a white mountain made of paper. In this audio installation, mothers who have lost a child to the transnational adoption industry tell their story and the mountain responds; the soothing conversation reveals the imperialism inherent in the Western adoption of children from non-Western countries, providing an opportunity for audience meditation.

The works of both Kwak and Chang stem from a personal desire to resist traditional political and social definitions of identity. However, since the artists’ respective visual languages do not organically intertwine, Angela Jeeyoung Chun’s curatorial decision to present each body of work on a separate floor of the gallery makes sense. In All About Love (2000), the book that gives the exhibition its title, bell hooks wrote: ‘Love as a process that has been refined, alchemically altered as it moves from state to state, is that “perfect love” that can cast out fear.’ The artists’ efforts to heal the wounds wrought by society on marginalized people are, ultimately, a form of hook’s perfect love. 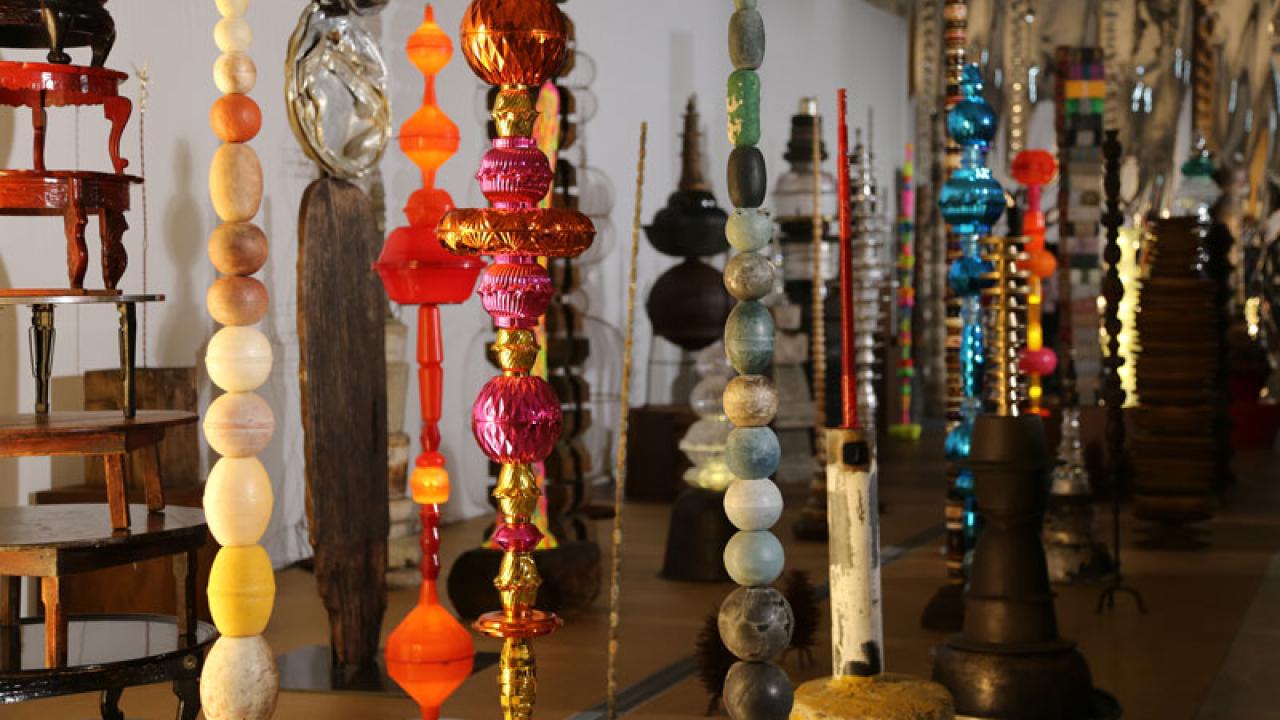