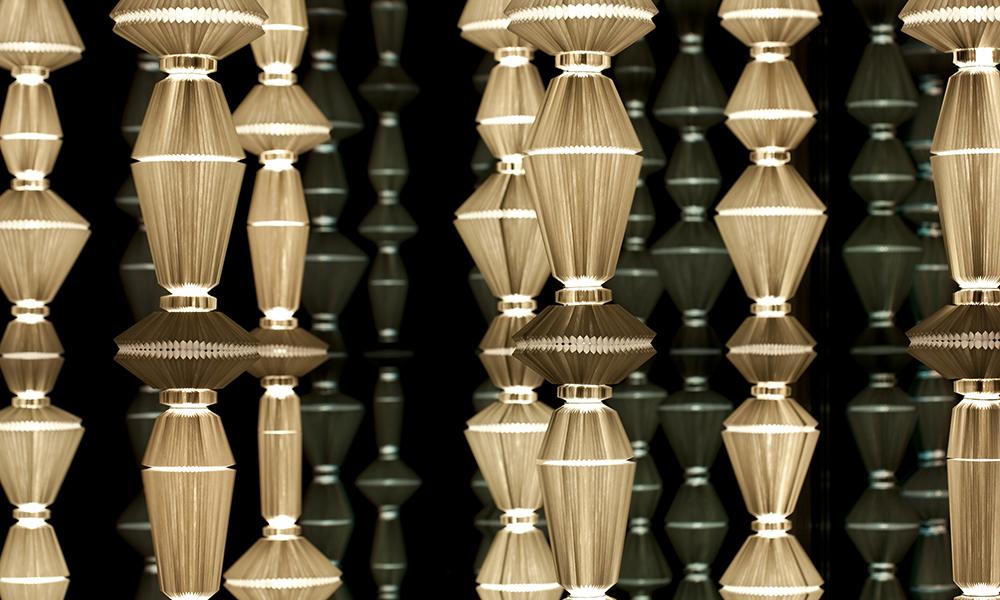 Happily, the Museum für Gestaltung has moved back into the handsome Adolf Steger and Karl Egender building it occupied since the 1930s. (Though beware that there is another site inside the massive Toni-Areal which also houses the ZHdK art school and other institutions.) The Ausstellungstrasse building’s renovation included restoration of the central, double-height exhibition space, currently beautifully occupied by installations from atelier oï, a collective of Aurel Aebi, Armand Louis and Patrick Reymond which found its name within the Russian word troïka. Since they started out in 1991 they have made their HQ the ‘Moïtel’ building in La Neuveville, at the southernmost point of Bern, where they create products, interior design, architecture and scenography. At the design museum their works are sub-divided into areas where viewers see investigative play with movements or materials evolve into finished products. Folding becomes light-pieces with accordion pleats that expand and contract in a meditative rhythm, or boat design inspires luxury furnishing. It’s archly staged, of course – that’s their business. Also – a few steps from the museum, Mark Müller is showing Christina Streuli in his gallery.