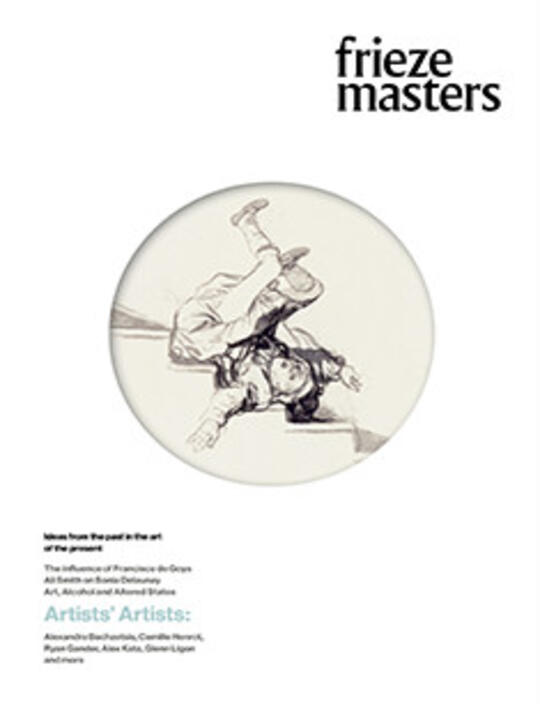 Back To The Future

In recent years, a number of historical exhibitions have been revisited and restaged. What's behind this impulse?

I must begin by declaring my hand. I am fascinated by the ways in which the so-called new art practices, which emerged between the 1960s and ’70s, continue to impact today: in particular, how juxtapositions of contemporary and historical artworks and archival interlocutions, combined with oral histories, recast exhibitions. Such revisiting provides a fresh and fluid exchange that enables a constant repositioning of history as a provisional encounter that is always open to reconsideration. So, the answer to the question: ‘Why remake an exhibition?’ must surely depend on who is asking. For some, scholarly considerations are paramount and the endeavour is research-driven with an emphasis on archival material. But, seeing a group of artworks collated in one place is a different experience from poring over catalogues or reading critical essays. To that extent, remaking might be contingent on the excitement of the event. Some motivations might be more pedagogic and methodological. Is it because by revisiting the recent past we might, in a profound sense, reconnect with the vitality of what created the artwork and the exhibition in the first place? Or is it simply nostalgia that drives the increasingly prevalent preoccupation with re-presentations?

Obviously, however faithful the replica exhibition is in its attention to detail, it will never be the same as the original. Take, for example, the ‘exhibition’ of the cave paintings in Lascaux, France, which were discovered in 1940 by a group of children when their dog fell through a hole and needed rescuing. Extensive scientific research was used in the construction of Lascaux II, which is a partial replica, sited near the original prehistoric cave. Lascaux II doesn’t replace Lascaux but broadens our access to knowledge, anthropology, archaeology, art, biochemistry and climatology (to name but a few disciplines). It offers a taste of the tangible — of how these people from 17,000 years ago made paintings — and is also a paradigm of scholarly exhibition-remaking.

Over the last ten years or so, the trend to design exhibitions predicated on re-creations drawn from the relatively recent past has grown. Obviously, exhibitions mark duration and anniversaries are useful devices to justify curatorial strategy. The Documenta exhibitions in Kassel, for instance, have been held since 1955 at four- or five-year intervals. The 2005 Kunsthalle Fridericianum exhibition ‘50 Years Documenta 1955–2005’, which was curated by Michael Glasmeier, used the anniversary dynamically: rather than a literal reincarnation of the previous 11 exhibitions, Glasmeier presented an exhibition with ‘five chapters’, which were ‘interacting and complimentary’. The ‘chapters’ represented different forms of remembrance and recollection, referencing the archive, art history, film, the city’s topography, discussion and criticism.

Meticulous scholarship was also clearly employed in the re-creation of ‘When Attitudes Become Form’, at the Fondazione Prada in Venice in 2013, relocating Harald Szeemann’s now-iconic exhibition at the Kunsthalle Bern in 1969. Szeemann’s original show brought together a wide range of young artists from Europe and the US working in a variety of experimental new media; much of the work was site-specific and made of perishable materials. For me, the excitement of reconstruction related less to the exhibition — which had a reverential and fussy atmosphere quite at odds with its original premise — than to the catalogue. The book mainly comprises previously unpublished material, including numerous photographs of the artists installing their work or simply chatting. These images lend a sense of immediacy and excitement to the show, as well as documenting different groupings, such as the young US art dealer and publisher Seth Siegelaub in conversation with the artist Jan Dibbets, or Lawrence Weiner and Barry Flanagan sitting on the steps outside the Kunsthalle.

In 2014, The Hepworth Wakefield restaged the sculptural environment YARD by the US performance artist, Allan Kaprow; it was first shown in 1961, as part of the group exhibition ‘Environments, Situations, Spaces’ in the sculpture garden at Martha Jackson Gallery, New York. Kaprow filled the space with hundreds of car tyres and encouraged visitors to rearrange and interact with them. Five existing sculptures already installed in the outdoor space in Wakefield, including works by Barbara Hepworth and Alberto Giacometti, were wrapped in protective tar paper. Kaprow conceived YARD as a transient work that could be restaged either by himself or byothers, as it has been more than 23 times to date. Unlike with many other of Kaprow’s ‘activities’ (the term he used to replace ‘happenings’), he didn’t give specific instructions; instead, hand-written notes and images of the various stages of the installation allow the work’s reinvention on each occasion. In Wakefield, a selection of sound and performance artists were invited to create responses to the environment.

The novelist André Malraux proposed a museum that is not dependent on location but is instead carried in one's head.

Similarly, Flanagan’s sand sculpture, one ton corner piece 67 (1967), has no written instructions and permission to restage it resides with the artist’s estate. The actions required to install the piece are not unlike the steps of a dance routine; it comes as no surprise that the artist also engaged with performance and dance. The way the sand falls is determined by how its installer throws, pours and shovels it. Sitting on a piece of canvas, the sand creates a landscaped terrain that lies somewhere between painting and sculpture. one ton corner piece 67 was shown for the first time since 1968 in the show I curated at London’s Raven Row, ‘Five Issues of Studio International’, earlier this year. I made the decision to position it against a door and situate Weiner’s text work Abridged (1970) on the other side of the wall.

These works, all of which incorporate inevitable changes, point to a different way of imagining exhibitions. The French novelist and theorist André Malraux, who was Minister for Cultural Affairs in Charles de Gaulle’s government from 1959–69, wrote a book, The Museum without Walls (1967), in which he proposed the possibility of a museum that is not dependent on location but is, instead, carried inside one’s head. In Malraux’s imaginary museum, the collection is unlimited and each new addition (the artwork or art object observed and retained in the viewer’s memory bank) enables a subjective modification. Each new encounter modifies the previous store, making it open to constant change and privileging the potential of an individual revisionism. It is not defined by place, time or ethnography. The wonderful photograph of Malraux surveying the image proofs for his book — lined up and reproduced in uniform scale — is like a map of his imaginary museum, materialized on the floor of what I imagine was his study in Paris.

In 1964, Siegelaub opened a gallery in Manhattan. He showed work in the space for a couple of years before realizing that there was no need to be tied to the gallery to make sales, nor did he need walls to show ideas. In some ways, Siegelaub is a natural successor to Malraux, whose horizontal approach reconfigured the museum along egalitarian lines. Siegelaub was a pioneer in exhibition-making: rather than staging a show in a specific venue, he used the catalogue as an exhibition site and published art made for the page. One of these catalogues was titled One Month (1969); he constructed it by asking 31 artists to design a calendar page for March 1969. It was then distributed to his international network and was available for a small charge via art magazines and in bookshops in Amsterdam, London, New York and Paris. It is interesting to conjecture on the potential form remaking such an exhibition might entail.

A speculative encounter with the idea of restaging a group of art works was cleverly enacted in Helly Nahmad Gallery’s booth at Frieze Masters last year. The political and cultural references of an imaginary collector’s Paris apartment were evoked through a thoughtful display of radical-left posters, Paris Match magazines and a TV playing original news reports of the May ’68 riots alongside works by Lucio Fontana, Joan Miró, Giorgio Morandi and Pablo Picasso. The July 1965 issue of Life magazine dedicated to collectors sprang to mind: in one article, Robert Scull describes his excitement about waking up surrounded by pop art. The interior photographs show Scull with James Rosenquist’s Silver Skies (1962), Claes Oldenburg’s Stove (1962), Jasper Johns’s Flag (1954–55) and Andy Warhol’s Ethel Scull 36 Times (1963).

Exploring the diverse factors that determine an exhibition’s realization is a potentially endless enterprise. It encompasses social and political circumstances, aesthetic considerations and changing attitudes to the production, practice and distribution of art. The excitement of seeing the myriad interconnections — how artworks relate to each other and to the space they’re in — adds to our unique personal collections of the mind. It is this immersion within, and the opening up of, a particular moment that is the paramount reason for remaking exhibitions.

Jo Melvin is a Reader in Archives and Special Collections, Chelsea College of Art, London, UK. She is currently preparing a Christine Kozlov exhibition with the Henry Moore Institute, Leeds, UK, which opens in December this year. 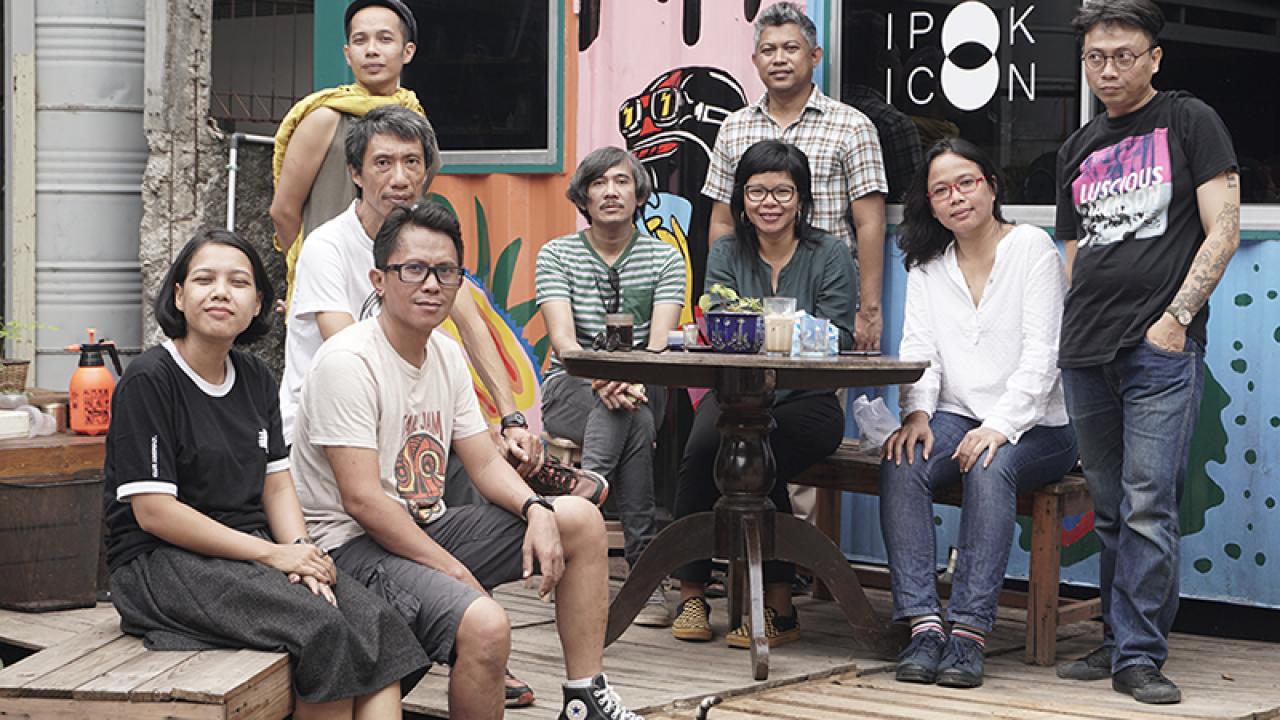 This is the first time that an artist collective, and curators from Asia, have been picked to direct the prestigious exhibition