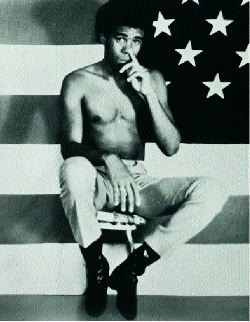 A while ago I was watching some tawdry awards show on television when the MC announced a surprise special guest: 'The Greatest Comedian of All Time'. There followed a fraught few moments of silence, during which I, and probably everyone else watching, thought: 'he'd better mean Richard Pryor...'. Then in from the wings came Pryor himself, wheelchair-bound with MS, a beard covering the scars from his famous freebasing misadventure; and of course the audience stood, because he was, after all, the greatest. Who was ever better?

Pryor was to stand-up what Ali was to boxing: so agile that he transformed the endeavour, and too pathologically honest to hide from the pathologies of his times: race, sex, and in Pryor's case drugs. He got away with things no black man in America had ever got away with before, and therefore made strange the idea that anyone should have to 'get away' with anything. My friends and I were 12 or 13 when we first heard his stuff (in my case on a friend's older sister's album, which she hadn't hidden carefully enough); we listened for the jokes about pussy, and ended up awe-struck at Pryor's capacity for obscenity. The man made music out of mere swearing, changed the language (where would 'motherfucker' be without him?) and changed comedy. Only later, when I listened again and heard the subtlety in his stories, the sharp points where you least expect them, and the narrative skill, did I realize that he changed America, too, if only a little.

Pryor put out seven LPs on Warner Brothers between 1968 and 1983; all but one have been unavailable for years. But Rhino records has just re-released them, along with some interviews and photographs, essays, tributes and assorted supplemental material, in a deluxe 9-CD boxed set, entitled ...And It's Deep Too! The title is a giveaway to the strange double position Pryor has always occupied: 'deep too' meaning profound ( get it?) as well as funny, but the phrase is from the best short dirty joke I know (two black men are pissing off a bridge; one of them says 'Man, this water's cold', and the other replies, 'Yeah...'). So, okay, it is profound, but pieties aside, It's Funny Too, and when I have kids and they're 12 or 13, I'm going to hide my copy someplace where they can find it.