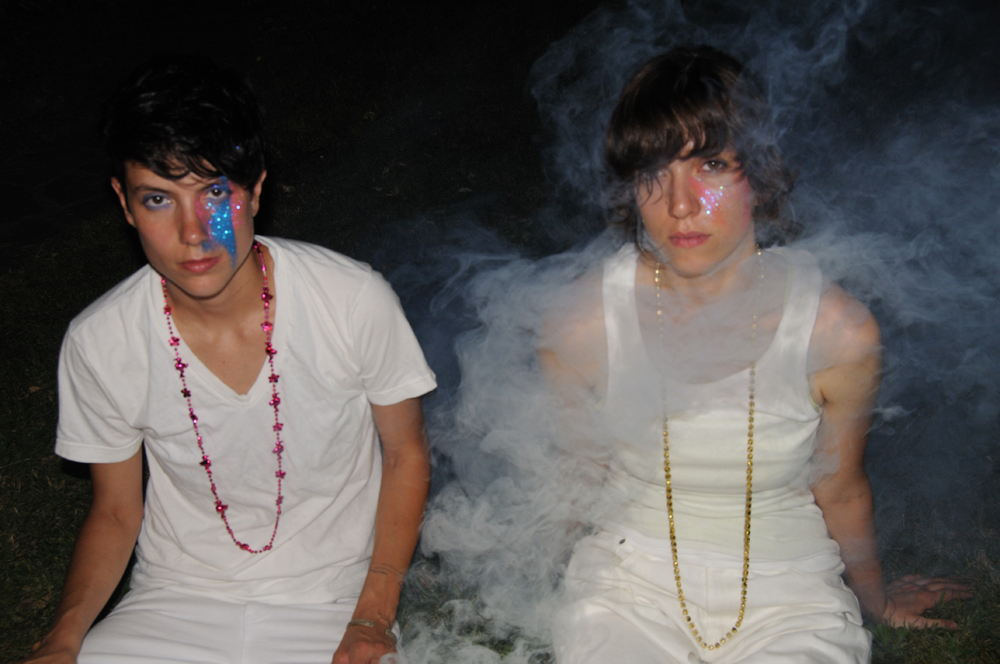 Off-kilter percussion and electronic wizardry has been a salient feature of New York’s indie scene for a number of years now, but what made Telepathe’s initial releases so intriguing was the suggestion of weightlessness. On their early EPs, the Brooklyn duo of Busy Gangnes and Melissa Livaudais delivered a series of scuffed-up, echo-laden melodies that sounded like they were coming, if not from a higher plane, then at least a room somewhere down the corridor.

It’s something of a disappointment, then, to find that on their debut, Telepathe have gone for a more direct sound. (It’s no coincidence that the album was produced by Dave Sitek, whose own band, TV On The Radio, promised unknown pleasures, but ultimately failed to deliver on them.) Dance Mother’s opening track, ‘So Fine’, is propelled by a thumping kick drum over which a fairly conventional electro-disco tune unfolds. The retro synths and deadpan vocals will be familiar to fans of bands such as Glass Candy or Chromatics, or anyone who’s followed the Italo disco revival of recent years, and it would be easy to write Telepathe off as a couple of bandwagon-jumping New York hipsters. But while they take their cues from a familiar range of sources – Le Tigre’s bedroom electro, the Yeah Yeah Yeahs’ guitar twangs and Erase Errata’s yelps all crop up at points – the duo seem to be twisting these elements into a new language.

‘Chromes on It’ is a good example: it begins disarmingly, wrapped in ‘oh woah’ vocals and a simple synth line, but mid-way through the track switches to a stuttering beat overlaid with pitch-bending keyboards and multiple voices. While the sounds come from all over the place, the underlying grammar is hip-hop. Telepathe have taken that music’s capacity to use repetition to give shape and swing to seemingly disparate sounds. Elsewhere, on ‘I Can’t Stand It’, blissed-out chords are propelled by half-finished drum rolls that recall the instinctive playing of The Velvet Underground’s Moe Tucker. That’s not such a bad comparison, really, as Telepathe have the potential to delight and infuriate in their simplicity as much as their New York forebears. Dance Mother comes wrapped up in enough deadpan cool to guarantee its success, at least in the short term. But while other hyped acts, such as the unutterably flimsy Crystal Castles, project a too-cool-for-school persona in order to conceal their lack of musical ideas, there’s enough here to make you think that Telepathe’s mask of insouciance might be hiding something rather special.