David Lieske is a satirist and a nihilist. Such was the powerfully bleak sense of ennui that emanated from his exhibition ‘Imperium in Imperio’ at Alex Zachary that the work seemed to push certain artistic strategies – affecting disdain for commerce whilst showing in commercial galleries, creating suggestive webs of referentiality, all in the name of some vague and never concretized higher imperative of ‘critique’ – onto a whole new level of self-loathing and parody.

The show was anchored around the six-piece photo-collage series ‘Imperium in Imperio (Fig. I) – (Fig. VI)’ (2010), which takes as its starting point a series of advertisements – commissioned by Contemporary Fine Arts in Berlin – that promote a show Lieske was taking part in. The ads depict art works piled onto a luggage car in a pristine white room, attended by a young man dressed as a hotel porter, and were run in 2008 in a number of art magazines, including this one. The centre of each image has been cut to make them look like framing mounts and inset within this space is a nude photograph of Lieske as a child, taken by his grandfather, overlaid with images of royal armour. Each work is framed with African wax cotton prints, used in the artist’s 2009 show at Corvi-Mora in London.

The fabric could also be found on the walls and steps of the gallery, and in the sculpture series ‘Imperium in Imperio (Domestic Scenes I–III)’: awkward, creepy tableaux that feature naked child mannequins, presumably avatars for Lieske. The sculptures and photo-collages also both use a family crest designed by Lieske’s uncle in the 1950s, to give the family a fake aristocratic heritage. A video, Imperium in Imperio (Domestic Scene IV) (Artist Recreation) (2010), was shot secretly by the artist in his apartment, showing him chatting drunkenly and aimlessly in the early hours of the morning with a young man, in a conversation that seems like a perfunctory prelude to sex. The sound work, Imperium in Imperio (Domestic Scene V) (Exhaustion – Breakdown – Failure – Meditation) (2010), is a recording made by Lieske’s grandmother of meditation exercises, circulated around their family for use in times of crisis.

You might be thinking that the pieces described above sound like any number of contemporary art works: heavily referential, exuding a sort of dandified aristocratic indifference to the world. And you’d be right, for the show looked generically cool, and parodically so: historical reference, elegant-looking collaged imagery, pop trashiness, hints of exotic ‘otherness’ and autobiography. I had the strong sense that what Lieske was needling at was fashionable obliqueness and lazy, art-system ‘critique’. Just as it’s easy to create a family crest and pretend you’re of noble lineage, it’s easy to casually throw together a bunch of disparate elements laden with significance and call yourself a clever assembler of cultural detritus. Knowledge as luggage piled on a trolley that can be wheeled out in whatever formation suits the occasion. The imperial sovereignty of the artist is never challenged, for who are we to call into question their personal cosmologies of references, especially when so cleverly underscored with self-reflexive little winks and nods to art-world structures? (The advert that’s also an art work that’s also a critique of the gallery that paid for the advert that’s also an art work…) In the peculiar architectural setting of Zachary’s gallery – a white-tiled, split-level former apartment, with a stainless steel kitchen still installed on the mezzanine – the atmosphere of the show was almost sad, like one of privileged middle-class sophistication gone to seed; the artist as bored seducer going-through-the-motions as his family breaks down around him. (The only point in the show that seemed to express positive enthusiasm for anything was the gallery office, which had been turned into a pop-up store for Lieske’s record label, Dial.) ‘Imperium in Imperio’ reminded me of a line from Richard Fariña’s 1966 satirical, counter-cultural novel Been Down So Long It Looks Like Up to Me: ‘We share a dissipating current […] Like transformer coils, you see, we mistake induction for generation. Vicarious sampling is all that remains; the sour evening game of the academies.’ Considered in the context of contemporary art, I sense that such sour evening games are precisely what Lieske is sneering at. 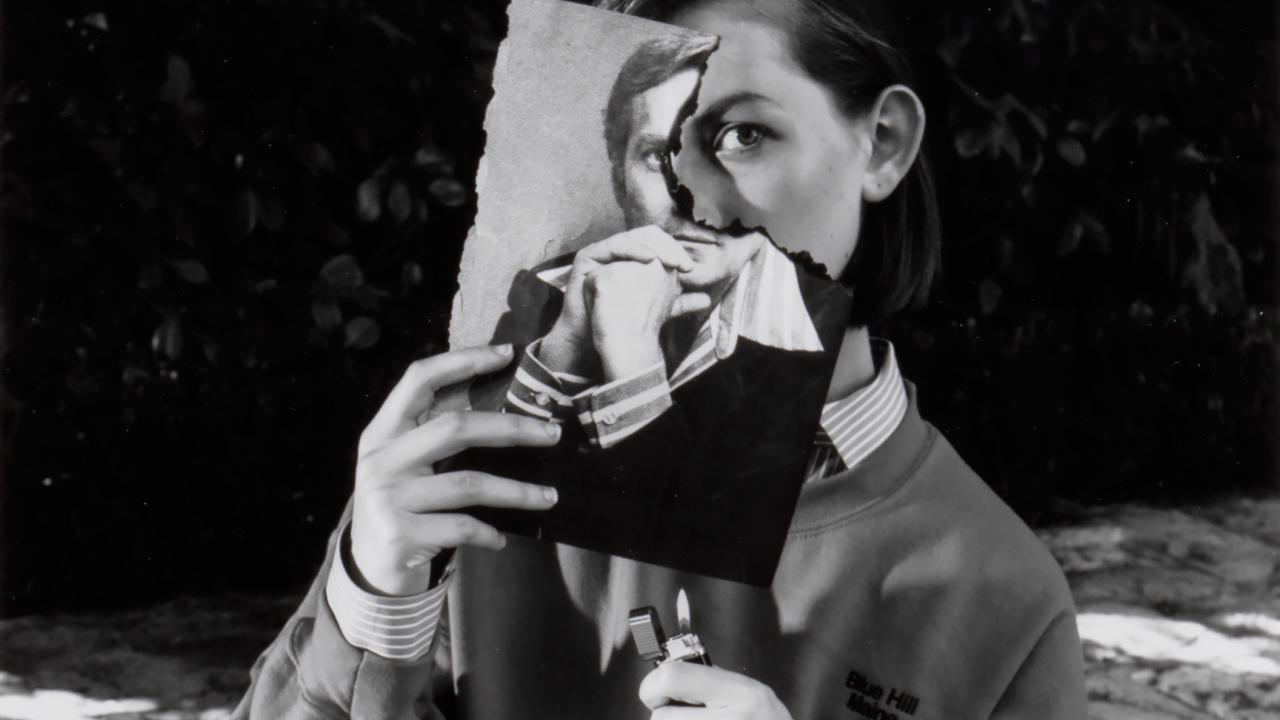 Reviews
Guarding the Avant-Garde: David Lieske on the Hypocrisy of Collecting