The Greatest Special Effects Artist Receives His Due

The 2020 summer exhibition at the Scottish National Gallery of Modern Art in Edinburgh was to have been ‘Ray Harryhausen: Titan of Cinema’, the largest to date devoted to the pioneering stop-motion animator. Marking Harryhausen’s centenary – he died in 2013 – the show was to give fans and film historians the chance to see items from the Ray & Diana Harryhausen Foundation collection, which are never on public display. These include preparatory sketches, production photographs and the famous models the artist animated into rampaging giants, murderous skeletons and angry leviathans. Then, COVID-19 arrived and all motion stopped.‘I destroyed New York with The Beast [from 20,000 Fathoms],’ he said in the 2011 documentary Ray Harryhausen: Special Effects Titan. ‘I destroyed San Francisco with the octopus, I destroyed Rome with the Ymir, and I destroyed Washington with the flying saucers.’ Across the world, empty streets looked like scenes from a disaster movie.

Audiences used to Game of Thrones (2011–19), Peter Jackson’s film versions of The Lord of The Rings (2001–03), Marvel franchises and Gogmagogs of today’s box-office might find Harryhausen’s avatars of destruction quaint, his beasts like popcorn in the jaws of CGI’s mighty dragons. You can see the strings, sense the hands that articulated them. There is a delicacy to their articulations that you’d never witness in a digital orc army or fiery Balrog now. Harryhausen’s animation technique, which he branded Dynamation, lent his creatures oneiric qualities. Their movements are uncanny and hypnotic, perhaps a result of the small-scale models being blown up on screen, turning tiny articulations into outsized gestures. His creatures – he never called them monsters – are constantly active. Life crackles along their latex scales and armour in a way that makes them look as if they inhabit a different timestream to their human co-stars. Tails and tentacles flick, muscles flex, eyes roll. They are animated – as in, full of energy – even if they do not meet any standard of realism. They’re almost always mute but seem to be consumed with pent-up anger or loneliness. Just watch 20 Million Miles to Earth (1957), in which a half-humanoid, half-lizard creature from the planet Venus begins its exile on Earth only a few centimetres tall before growing, within a matter of days, into a furious giant. Early in the film, in a scene that lasts just a few seconds, the creature – tiny and frightened on a new planet – rubs its eyes like a tired child. In that brief gesture, the alien becomes a character with emotion and motivation. ‘His monsters have heart,’ said Henry Selick, director of The Nightmare Before Christmas (1993), in Ray Harryhausen: Special Effects Titan.

This heart may partly explain Harryhausen’s unique, long career. Between 1949 and 1981, he made 16 feature films but directed none of them. Taking after the French film pioneer Georges Méliès, Harryhausen was one of the few special-effects artists who has ever been accorded auteur status. His audiences weren’t interested in the actors or director. (The directors were usually journeymen with experience in studio art departments and sympathetic to Harryhausen’s needs, hired late in the pre-production stages to oversee the real-life actors.) His fans came for Bubo the Mechanical Owl, Medusa the Gorgon, the Kraken, Telos, Cyclops, Hydra, Harpies, dinosaurs and giant sea creatures. Ask anyone what they remember of Harryhausen’s 1963 production Jason and the Argonauts and it won’t be Todd Armstrong’s performance in the lead. They’ll remember the Children of the Night: scowling, sword-wielding skeletons who sprout from the Hydra’s teeth sown into the dirt, hell-bent on slaying the hero and his crew.

Harryhausen evolved his techniques in a small home studio. Like an artist, he worked alone or with one or two assistants. It was a family operation. His father made the metal armatures for the models and his mother helped sew the tiny costumes. (His daughter remembers food from the kitchen oven smelling of rubber, because it doubled as Harryhausen’s kiln for curing the latex skins of his creatures.) He developed complex systems of multiple exposures and back-projection. Scenes would be shot on location and then played back on screens or glass plates in the studio with his models animated in front of them. (Actors on set would first rehearse with stuntmen to learn the choreography, then have to visualize their adversaries for the actual take.) When he began using colour film, Harryhausen experimented with deliberately exposing the stock to keep consistent tones and hues, which also had the effect of giving his films a rich, painterly palette. He used variable film speeds to lend a sense of gravity, to make falling pieces of foam look like crashing boulders or to make choppy water in a studio tank look like swelling ocean waves.

Harryhausen’s films provide a crash course in the fundamentals of sculpture. They deal with space, scale, illusion, bodies, materiality, the relationship of object to image – the kinds of subjects visual artists still grapple with. Scale, especially, seemed to be a salient theme. People and beasts shrink or grow. Giants and gods pick up tiny humans. Perspective is distorted to make 30-centimetre models look 30 metres tall. Rubber, fabric and plastic are turned into flesh, hair, metal and fire. Real actors are transformed into animated models in the space of a few frames. His creatures look like sculptures possessed. Their uncanny movements speak to an ancient, hard-wired part of the brain that can’t let go of animist beliefs. (The contemporary obsession with artificial intelligence is just the most recent chapter in a long story that reaches back to the classical myth of Pygmalion falling in love with his own sculpture, to ancient gods breathing life into clay and water.) In the introduction to his catalogue for ‘The Universal Addressability of Dumb Things’ – a 2013 touring show about animism and technology – the artist Mark Leckey writes of ‘an archaic state of being, an aboriginal world of primal pleasures, familiar objects full of voices where even rocks and stones have names’. This is the Harryhausen state of mind. It’s hard to watch the scenes of gods on Mount Olympus pushing humans around like chess pieces in Jason and the Argonauts and not read it as some kind of allegory for artists and their creations.

Harryhausen grew up in Depression-era Los Angeles during the 1930s. Willis O’Brien’s 1933 film King Kong – one of the first movies to place an animated character at the heart of its narrative – turned his head. While still at high school, Harryhausen took night classes in film at the University of Southern California’s School of Cinematic Arts, learning art direction, photography and editing, though drawn most to the burgeoning field of visual effects. Science fiction, palaeontology and an interest in sculpture drove his imagination. Through membership of the Los Angeles chapter of the Science Fiction League, he began a life-long friendship with the writer Ray Bradbury – later famous for Fahrenheit 451 (1953) and The Martian Chronicles (1950) – the pair spurring each other on to bring their fantasies into the world. Charles R. Knight’s late 19th-century dinosaur paintings at the Natural History Museum of Los Angeles County were a major influence on the young Harryhausen. So, too, were the paintings of Victorian apocalyptician John Martin and the work of French artist Gustave Doré, whom Harryhausen regarded as a prototype movie art director. Look at Doré’s 1861 illustrations for Dante Alighieri’s epic poem, Divine Comedy (c.1308–20), and you’ll see what Harryhausen was striving for. His engraving of Geryon the Fraudster – part man, part dragon – from Canto 17 of the Inferno is straight out of Clash of the Titans (1981) or The 7th Voyage of Sinbad (1958).

Harryhausen’s first job was working on George Pal’s ‘Puppetoons’ films of the 1940s. Pal’s animation method – using a different, wood-carved puppet for each frame of film, rather than the same model – was laborious. After the war, Harryhausen cut his teeth making a series of stop-motion fairy-tale films, Mother Goose Stories (1946), using ball-and-socket armatures. He apprenticed himself to O’Brien – another Doré fan – and, in 1949, became his assistant on Mighty Joe Young, taking charge of animating Joe, the giant gorilla. His own monster-movie debut came in 1953 with The Beast from 20,000 Fathoms. (Its commercial success persuaded the Toho studio in Japan to produce the first of the Godzillafilms the following year.) Over the next 30 years came UFOs (Earth vs. the Flying Saucers, 1956), aliens (20 Million Miles to Earth, 1957), dinosaurs (The Animal World, 1956; One Million Years B.C., 1966; The Valley of Gwangi, 1969), giant and miniature fauna (The Three Worlds of Gulliver, 1960; Mysterious Island, 1961) and, most famously, creatures of myth and legend (his Sinbad trilogy, 1958–77; Jason and the Argonauts; Clash of the Titans).

Harryhausen’s films have not all dated well, hampered by bad scripts, wooden performances and the practice of using white actors in brown-face. Critics often dismissed his movies as special FX films – just kids’ stuff. But they had a profound impact on a vast number of mostly male filmmakers, including Wes Anderson, Tim Burton, James Cameron, Guillermo del Toro, Terry Gilliam, John Landis, Jackson, George Lucas, Nick Park, Selick and Steven Spielberg. Spielberg even invited him to watch an early cut of Jurassic Park (1993), out of respect to the pioneer’s dinosaur films.

Harryhausen acknowledged that his stop-motion methods have a strange, unreal quality. ‘These types of films are dream films,’ he said in the commentary to the Criterion Collection edition of Jason and the Argonauts. ‘You’re not striving so much for realism as you are to put over the grotesque idea, the dream quality, which I think is much more important than trying to make it look realistic.’ In all their lo-fi, hand-cranked idiosyncrasy, his films allowed audiences space in which to complete the drama themselves, to put their own imaginations to work. That’s a space all good artists respect. 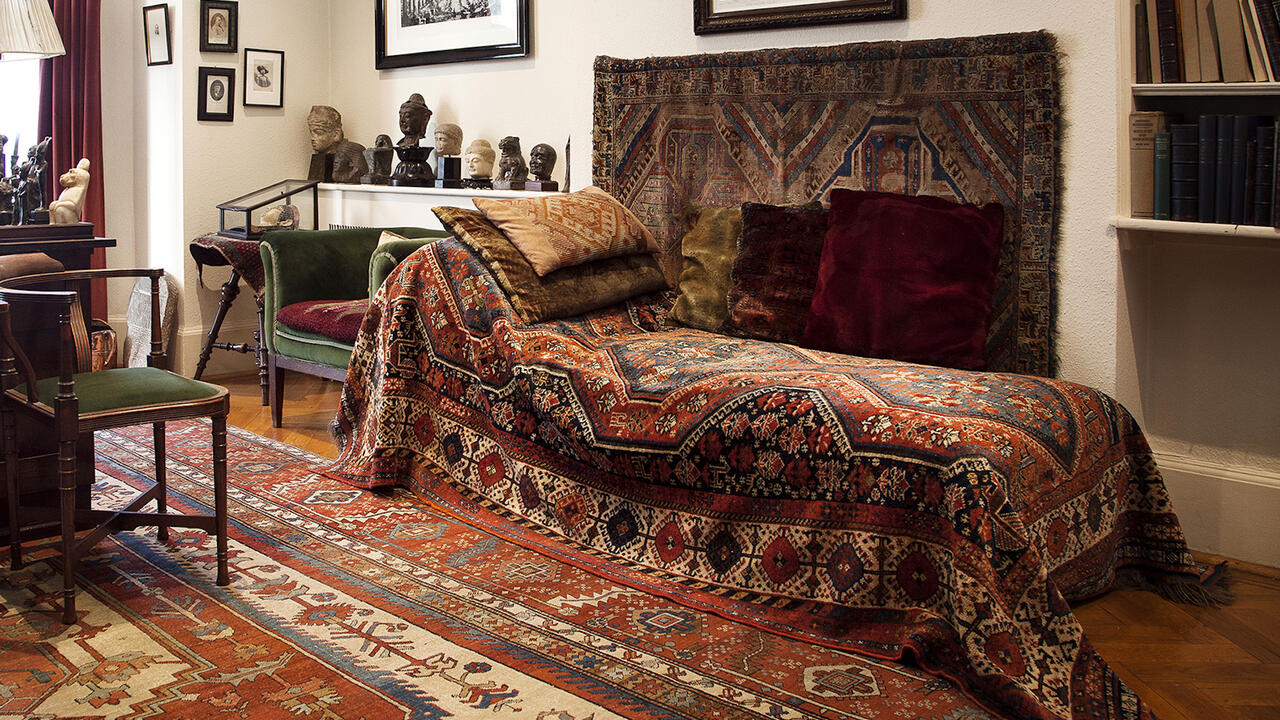