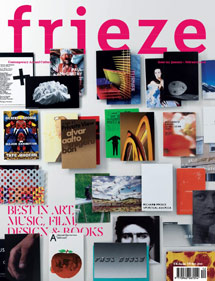 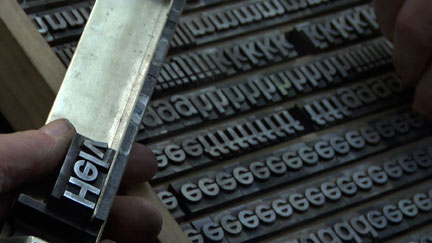 In contrast to the art world’s ambitious Grand Tour schedule last year, the design world’s 2007 travel obligations were limited to, among a few other events, Jan Abrams’ ‘Design and its Publics’ conference in April, the design and architecture blog-sponsored marathon ‘Postopolis’ in June and the AIGA Conference in Denver in October. However, a design festival of sorts also took place in Prague in June: the Prague Quadrennial – born out of the 1959 São Paulo Biennial and today the theatre world’s equivalent to the Venice Biennale.

Theatrical set design and stagecraft, either marginalized or non-existent in design schools (at least since the Bauhausbühne or ‘Bauhaus Stage’), is rarely in the forefront of the design critic’s mind. But every four years in Prague stage designers and students gather to view and participate in this increasingly sophisticated milieu – a vocation to which architects and designers are increasingly attracted, not just for the creative opportunities available but also for the chance to explore ideas on a smaller environmental scale and, in many cases, a larger conceptual one.

2007’s competition winner was the Russian exhibition. In ‘Our Chekhov’, a homage to the country’s exhibition of the same name at the 1987 Quadrennial, 13 designers engaged with how the visual presentation of Anton Chekhov’s plays has evolved in Russia over the last two decades. Led by Dmitry Krymov, the deceptively simple installation (somewhat resembling a Mike Nelson project) included a dripping ceiling, chunks of plaster, even a tuba and broken chairs, reflecting a Russia that in all its Chekhovian bleakness still exemplifies the popular imagination of the country today.

Despite mortgage scandals, a fluctuating stock market and a crumbling infrastructure, New York continues to build – mainly upwards. In March the Architectural League in New York mounted ‘New New York: Fast Forward’, a look at a city more confident than Wall Street might suggest. Cleverly designed by the New York firm Lewis.Tsurumaki.Lewis (LTL), the exhibition was a fairly bare-bones affair given the sheer number of projects covered, resulting in a large New York City-shaped table (which was recently recycled into design stations at LTL’s new offices). Comprising aerial imagery and pinpricked with geographically correct ‘flags’ depicting the 550-plus current and future building and urban planning projects taking shape in the city’s five boroughs, this forward-looking overview was perhaps inspired by the Robert Moses-commissioned New York City Panorama for the 1964 World’s Fair. More interesting, though, was the treatment given to the exhibition in its archival form, where it has been condensed into a travel-sized version of custom inserts housed in a standard hard-cased museum portfolio. If not exactly the same experience as walking around Moses’ ‘New York in a Room’, the portfolio version is an innovative way of thinking about archiving and making past exhibitions continually accessible. Importantly, the show captured New York, at a unique and bold moment, and the portable portfolio edition makes possible a retrospective second viewing in, say, ten years’ time, which an exhibition catalogue simply can’t accomplish.

A documentary about a font was 2007’s graphic design critical darling. Helvetica, the Swiss typeface developed by the Haas Foundry at the height of Swiss design’s authority, turned 50 last year. Director Gary Hustwit’s film, titled simply Helvetica, is an elegant 80-minute ode to its global ubiquity. It engaged not just history and application but also interaction and cultural significance through interviews, meditative scenes of metal type being set and an ethereal soundtrack including Battles, Kim Hiorthøy and Motohiro Nakashima. Michael C. Place, of the Build graphic design studio, reminisces about his wedding invitations; a now elderly Hermann Zapf shows up in a suit and tie; Erik Spiekermann reveals perhaps too much about what excites him about typefaces. 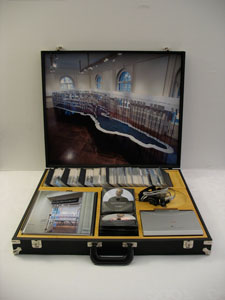 In 2006 Penguin Books celebrated its 70th anniversary: Jeremy Lewis’ biography of Allen Lane, Penguin Special (2006), was a complete and sympathetic profile of the house’s founder and Penguin by Design (2005) was an almost parallel history of the company’s groundbreaking cover design. In 2007 they added to the shelf yet another orgy of design with Seven Hundred Penguins – a visual index of Penguin’s 20th century paperback covers. While the usual suspects are all there – Alan Fletcher, Jan Tschichold and David Pelham – it’s interesting to note the now near-unknowns who forged many a reader’s affection for the Penguin paperback: Martin Bassett, Steve Dwoskin and Erwin Fabian, among others. And no wonder: each cover is funnier, smarter, sassier than the last. There aren’t many I could imagine getting past a marketing director’s desk today, and that’s our loss.

Looking forward, 2008 is – it can hardly be forgotten – a presidential election year in the USA. If the candidates seeking nomination are less than scintillating, one can only hope for equally little drama at the ballot boxes. It’s been eight years since the results of voters using Florida’s infamously flawed ‘butterfly’ ballots helped install the Bush administration and discredit what is arguably the greatest privilege of a democratic society. The AIGA’s Design for Democracy project, an initiative that sets out suggestions, guidelines and designs for election materials, ranging from ballots to polling station signage, is now in print form (Design for Democracy: Ballot + Election Design, University of Chicago Press) and available to all budding information designers and concerned citizens.