Outside the glass-fronted shell of Beatties, a defunct toyshop temporarily repurposed to contain ‘Disobedience’, a man is chalking slogans on the pavement. As ‘START YOUR OWN REVOLUTION’ materializes in neat letters, elderly women in the adjacent bus queue peer down and conspire suspiciously; a few oblivious pedestrians step right onto the ephemeral decree, smudging it. The scribe carries on. The performance is by Luca Frei, who also devised the angled black panels that, inside the venue, form a structure for the exhibition proper: a video archive of global dissent, curated by Marco Scotini and dating from the mid-1970s to the present day. Frei’s outdoor act, with its appeal to action mired in the ignominy of urban indifference, looks at first like off-the-peg pessimism – a world-weary mobilizing of ambient apathy that accepts protest’s diminished currency. Still, this is a work one encounters both on arrival and departure, and, as it turns out, that’s not insignificant.

‘Disobedience’ as a whole barely feels like art. Opening with rough monochrome footage of spontaneous revolt, barrier-climbing, livid heckling and nude dancing at the 1976 Festival of the Young Proletariat in Milan, it bounces the viewer through critically minded replays of military experiments, Dadaist parades against securitized luxury-living complexes in Buenos Aires, footage of Communism collapsing in real time and plenty besides. Essentially a string of almost 30 documentaries on individual monitors, wildly varied in structure and professionalism, and gussied up with clusters of posters, flyers, diagrams, it is art thanks to its designated context – which, weirdly, is arguably its best shot at an audience.

For where else might such an atlas of agitation usefully go: into the under-visited HQ of some leftist organization? Into the Internet’s hollows? Here at least the public crush on contemporary art might usefully be exploited. In so opting, ‘Disobedience’ shoplifts a strategy already explored by its subjects, since towards the show’s end one sees activists using the visual-arts context as a temporary autonomous zone: as when the collective Park Fiction, in a documentary on their guerrilla reclamations of public space for communal use Park Fiction … desires will leave home and take to the streets (1999) argue that defining something as art can be, if only briefly, a protective carapace. This exhibition, appositely collapsible, economical and inventive in its relationship to urban space – it’s been organized by Nottingham Contemporary while their new building is being constructed – annexes that permission for itself. But it is art-like in a larger sense, too, in being fundamentally about representation and the spur of the visible.

Time-intensive enough to justify its accompanying map of recommended highlights (otherwise you’d need at least 17 hours spare to watch the entirety), the show stealthily imprints the psyche, rewiring it through evidence of by-all-means-necessary inventiveness, mini-multitudes operating across time and space, and grim consolidations of state power. Resistance to this passionate pragmatism is, if not quite futile, under persistent assault. It’s hard to watch Ashley Hunt’s interview-laden doc Corrections (2001) without feeling righteously queasy, joining the dots as it does between America’s racism, booming prison population, incarceration for low-level crimes and the prison industry’s colossal profiteering. (The point about racism and state control, meanwhile, is underlined by this work’s proximity to Black Audio Film Collective’s impressionistic but stinging 1986 collage of Britain following the mid-1980s Birmingham riots, Handsworth Songs.) Hard, too, to view Harun Farocki and Andrei Ujica’s feature-length Videograms of a Revolution (1992), with its wild footage beamed from a TV station commandeered by demonstrators as the Romanian leader Nicolae Ceausescu fell in 1989, without a visceral thrill – even given all we may know about the aftermath.

Partly the rising sanguinity comes from seeing things actually working, as in Department of Space and Land Reclamation’s Retooling Dissent (2004), a consideration of how different ‘tools to communicate each other’ (for example, inked-up bike wheels that print slogans as they roll, riot shields with children’s faces on them so that police would be filmed hitting them) were pioneered by protesters outside the World Economic Forum in New York in 2002, when the anti-globalization movement required refocusing in the wake of 9/11. Partly the buoyancy resides in salient abstractions. In Oliver Ressler and Zanny Begg’s What Would It Mean To Win? (2008), which considers the same network’s morphing status, one talking head opines sagely that ‘the real revolution is this constant pushing, revolt and creativity that is already taking place’.

Set against the chimera of a singular, world-altering rupture, this seems persuasive and sanctions a fragile faith in all kinds of subsidiary acts: the brainstorming classes with schoolchildren taking place during the show’s run, for instance, or satellite projects including a valuable retrospective of Peter Watkins’ deathlessly political films. (Although the less said about the tongue-in-cheek ‘sit-in’ in a local bar where the DJs play ‘protest tunes and rebel rock’, the better.) Or, finally, the chalking of seditious phrases on the pavement, in the expectation that the person who walks out of ‘Disobedience’ will differ, internally at least, from the one who walked in. 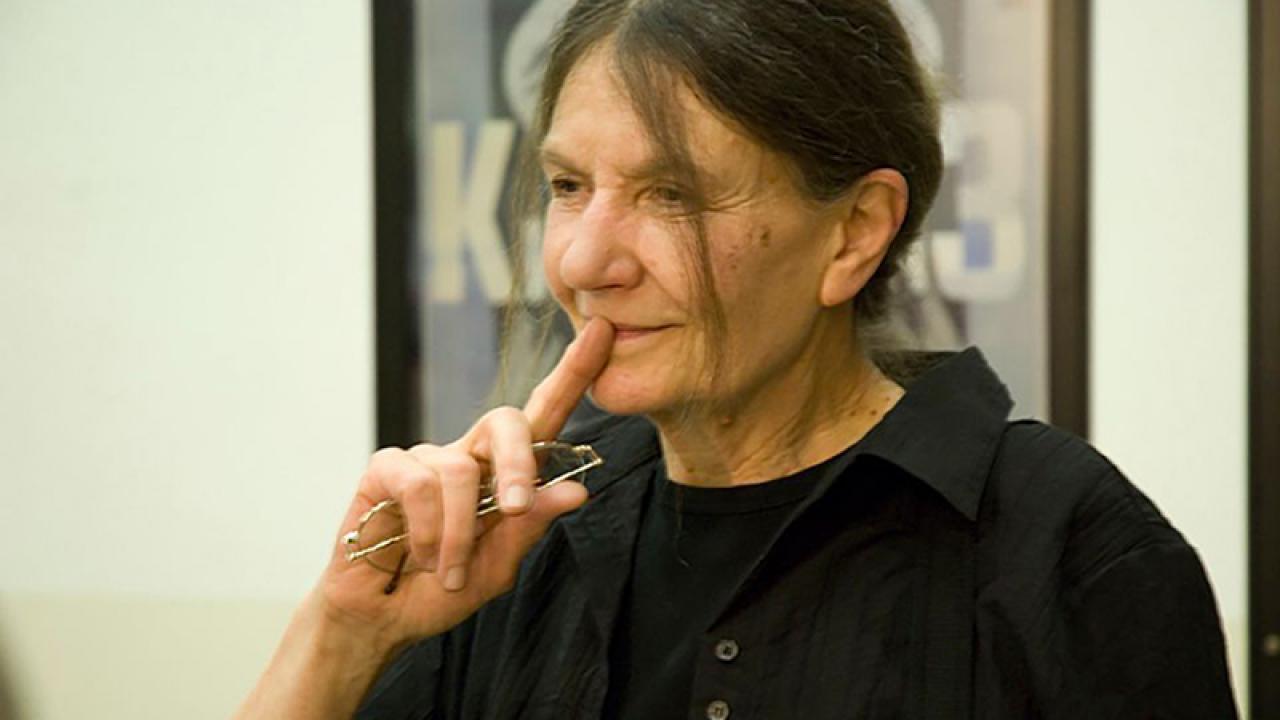