The revolutionary sounds of tropical psychedelia 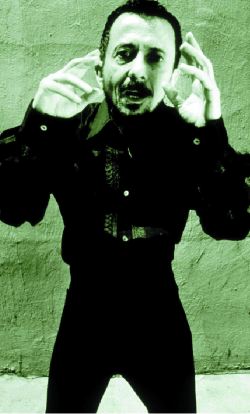 In October 1967, while the Beatles recovered from kick-starting an LSD-dazed revolution with Sergeant Pepper's... (1967), a real cultural coup was about to explode in Brazil. The Tropicalia movement - a loose collective of radical musicians drawing influence from 1920s' Modernism, indigenous samba and bossa nova styles, 1950s' concrete poetry, Leftist propaganda and psychedelic pop - was hijacking the annual Musica Popular Brazileira festival. The two figureheads of the movement, Bahian songwriters Caetano Veloso and Gilberto Gil, faced a highly nationalistic audience exclusively tuned into ethnic music, and started playing surreal rock songs heavily influenced by the sonic experimentation of Lennon and McCartney. They were shouted at and denounced for their dissident stance but a new sound was born. Its aesthetic was summed up in the lyrics of 'Alegria, Alegria', a Veloso composition that enraged the crowd: 'The sun scatters into spaceships, guerrillas, teeth, legs, flags, the bomb and Brigitte Bardot.'

This was what Tropicalia was all about: sound clashes, radical politics, acid-tinged flights of fancy and, perhaps most importantly, a playful expropriation and remixing of Western culture. Its roots lay in the genre-mashing theories of the Semana de Arte Moderna faction of 1922, notably the work of Brazilian Modernist writer Oswald de Andrade, whose concept of 'anthropophagy' called for a cannibalistic attack on foreign artistic influences, which were to be digested and regurgitated in a distinctly Brazilian idiom. The Tropicalistas - including brilliant freakpop band Os Mutantes (beloved of Kurt Cobain) and wild diva Gal Costa - adapted this idea, incorporating the baroque rock of Jimi Hendrix and The Zombies, the hyperreal lyricism of Dylan, and the Pop Art decadence of the Beatles and the Velvet Underground into their sound and style. Constantly recycling and rearranging, they always pushed for the most innovative, out-there groove.

Sao Paulo was not Swinging London, however. After the 1964 military coup which left most anti-establishment artistic groups crushed and silent, Brazil became a dangerous place to be a hippy. Thus, the Tropicalista moment was over by the beginning of the 1970s, with Veloso and Gil exiled to London. But it had lasting and far-reaching effects on Brazilian culture and society, and generated some of the weirdest, most alchemical music of the 1960s.

One of the unsung heroes of the collective, Tom Zé, will be performing at the Barbican in London this month, in collaboration with Chicago's post-rock soundscapers Tortoise. Championed by David Byrne in the 1990s, Zé is a one-man Brazilian Beta Band, harnessing folk styles, cut-up tape loops, found percussion and avant-rock rhythms. He was always the prankster of the group, kicking against censorship with mocking, Dadaist rhetoric - the cover of his 1973 album Todos Os Olhos appears to show an eyeball in close-up, which fooled the Brazilian authorities but is actually a picture of a marble shoved up someone's anus.

Zé toured with Tortoise in 1999, when interest in his work was perhaps at its most feverish for 20 years. Since Byrne spread the gospel, after stumbling upon Zé's music in a Brazilian record store in the late 1980s, there's been a Buena Vista Social Club-style revivification of the Bahian beat. The sound that Zé and his fellow Tropicalistas pioneered has influenced scores of contemporary artists, including Beck, Sean Lennon, The High Llamas and Stereolab. Indeed, many of them remixed tracks from Zé's 1998 comeback on the Postmodern Platos compilation (1999).

Zé is a fierce proponent of his self-devised concept of the 'fabrication defect', another artistic step on from Andrade's anthropophagy and the Tropicalista's genre-melding. He calls it an 'aesthetic of plagiarism [...] that ambushes the universe of well-known and traditional music'. It sounds like sampling, or the glitch-mangling of dance music's current laptop wreckers (this is a man, after all, who was using drills in performance way before the Aphex Twin or Einsturzende Neubauten). It sounds, in fact, like yet another incarnation of the constantly pioneering nature of the Tropicalista worldview.