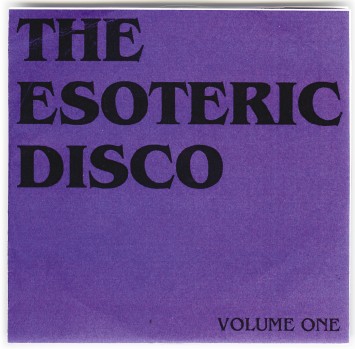 Against the odds, DJ mixes have remained a viable commercial option for ailing record labels by diversifying. Recent approaches have tended towards either novelty exercises in join-the-dots – as practised by Glaswegian duo Optimo and 2 Many DJs, where Nurse with Wound happily segues into Blondie – or the several series that maintain the chummy fiction that the mix gives a personal introduction to the compiler’s charmingly esoteric record collection, perhaps over tea and cigarettes at the end of a long night. Momentum is, for the most part, sacrificed for novelty, while virtuosic jump-cuts rule. Club mixes, meanwhile, have found enterprising ways of claiming relevancy by offering a level of rarefied proficiency that cannot be reproduced in a night-club: Richie Hawtin’s frankly autistic DE9: Transitions (2006) comprised more than 100 tracks stitched together using the divisive Ableton Live programme (a music sequencing tool that that takes the hard work out of even the trickiest live mixes), while Chilean techno auteur Ricardo Villalobos’ 2007 mix for the ‘Fabric’ series was an hour of nothing but his own unreleased studio experiments.

Put together by DJ Zeus (aka Joel Martin), The Esoteric Disco stands at a considerable distance from these franchised series. First released as a micro-run of CD-Rs in 2002, the mix has been reissued as a fractionally larger edition to coincide with Martin’s success as one half of Quiet Village, whose Silent Movie album was released earlier this year. Martin has also compiled an overview of the Music De Wolfe Studio’s contribution to 1970s’ television soundtracks as well as a collection of incidental music from Dawn of the Dead (1978). Quiet Village take their name from a hit from 1959 by the late Martin Denny, purveyor of Hawaiian-flavoured exotica, who self-deprecatingly referred to his lounge arrangements as ‘just window-dressing familiar tunes’. Silent Movie’s claim to be an album is a ruse; it’s really a record of edits, which often lifts whole songs – fairly wholesale – from extravagant classics of easy listening, as well as the Chi-Lites and the Alan Parsons Project album Pyramid (1978).

The Esoteric Disco precedes the Quiet Village project and sketches out the cluster of unlikely genres that they would later corral: yacht rock, AOR and, most importantly, disco. As DJ Zeus, Martin operates more like a pilfering archivist than a DJ. The provenance of each of the 17 tracks is withheld, passing unmentioned on the photocopied slip case, which offers only a shorthand description of each track (‘3am Lude’, ‘Club Med’, ‘Vegas in Space’). The mix eschews jump-cuts, letting most tracks play in full, and skirts the palette currently favoured by hippie disco enthusiasts such as Rub ‘N’ Tug and Norwegian duo Lindstrom & Prins Thomas: slow-motion drums, warm strings and sparkling, spare synth lines. It offers an unexplored alternative to disco that still bears the genre’s traces – the dubby echoes or sharp handclaps – that linger under a veneer of AOR slickness. Martin unironically sequences bombastic show tunes (my friend swears that ‘Messiah’ is from Jesus Christ Superstar) and disco-inflected soft rock to consider just how good schmaltz can be once allergies to its excesses have been overcome. His answer seems to be that there is nothing easy about easy listening.