Everything You Know about Indians Is Wrong

Don’t let the title fool you. Instead of revealing the right answers, Paul Smith’s collection of essays is likely to further confuse your ideas about North American Indians. Take the author himself: Smith – an associate curator at the National Museum of the American Indian (NMAI) at the Smithsonian Institution in Washington D.C. and a card-carrying Comanche who worked with the American Indian Movement in the 1970s – has real Red Nation credentials. Then again, he grew up in surburban Maryland, likes to name essays after pop songs and seems to know more about movies and television than riding horses and shooting guns.

While meeting our expectations of authenticity, Smith shows how romantic, if not racist, these expectations are by continually frustrating them with what intially appear to be extraneous details. For example, the NMAI’s official opening took place on the same day as the release of the 25th anniversary edition of The Clash’s London Calling (21 September 2004). Why shouldn't these historic cultural events collide? As Smith argues, Indians have always been part of popular culture, whatever their fate as people. The Comanche ancestral photo-album includes an 1850 advertisement for a Colt repeating pistol with a group portrait engraved on the cylinder: promoting the guns, albeit as targets. 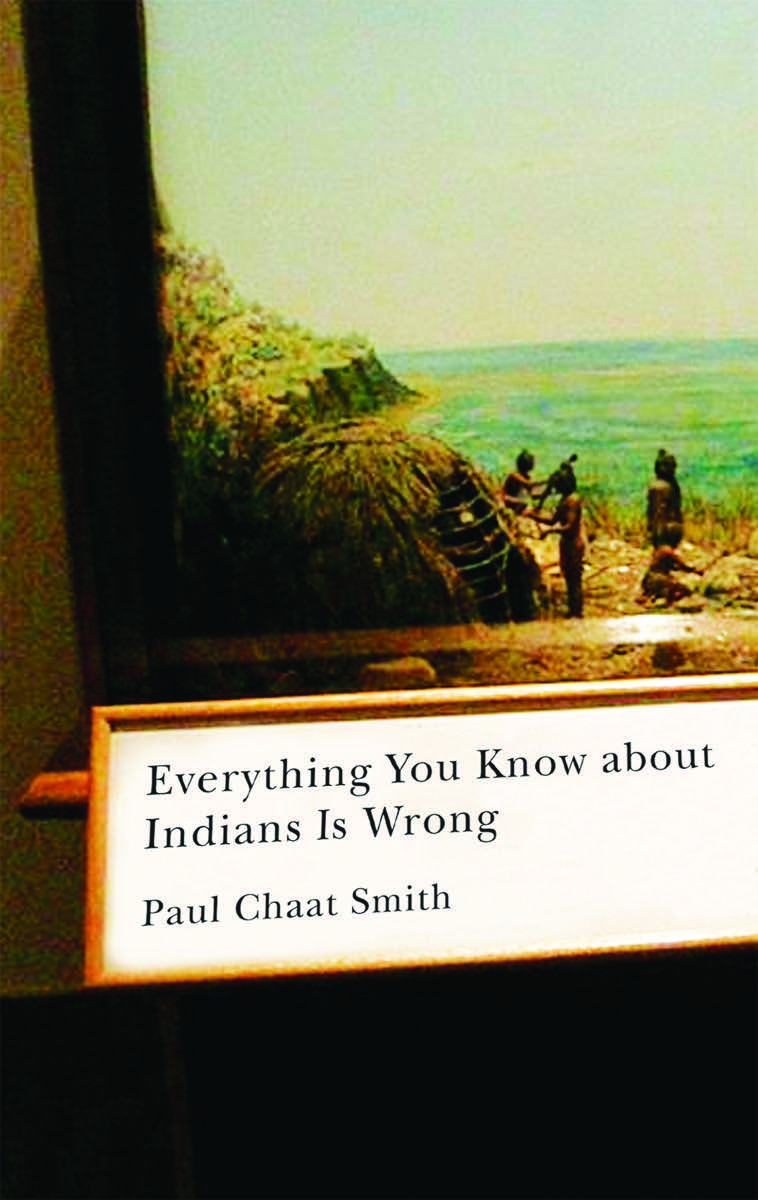 Many of the 20 essays here have appeared in catalogues for contemporary art exhibitions and film programmes over the last two decades. While the themes are clear – the long history of how Native Americans have been defined by the camera (still and movie) or the all-too-brief history of Native American art at the Venice Biennale (begun in 1995) – the writing is as tricky to categorize as Smith himself. His encyclopedic knowledge of political and pop history is infused with personal narrative and wicked humour. After mastering horses and guns (both European imports), the Comanche delayed the settlement of Texas for 150 years, which he calls ‘a public service we’re proud of to this day.’ Even the illustrations – from Milton Glaser’s 1967 funky cover design for LIFE magazine’s ‘Return of the Red Man’ issue to artist Shelley Niro’s photograph Mohawks in Beehives (1991) – seem both wrong and right, unveiling how tradition and Pop feed off each other.

Smith does address more than a few factual inaccuracies. The term ‘Indian’, for instance, indiscriminately lumps together Comanche, Sioux, Hopi and countless others; by contrast, ‘European’, he points out, unites Swedes, Italians, Poles without erasing their national identities and territories. Often the assorted pieces of trivia become part of an epic encounter, like Smith’s intertwining histories of White House swimming pools and the American Indian Movement of the 1970s. He compares Richard Nixon’s ingratiating PR strategy of turning Franklin Roosevelt’s pool into a press club with his overtures to Indians whom he identified as a model minority. When Gerald Ford became president, a new pool was dug out, only to unearth some authentic Indian artefacts.

Ultimately, authenticity makes Native Americans timeless while keeping them outside of politics and contemporary art. ‘Are Indian people allowed to change?’ asks Smith, whose own career shift from activism to curating offers sobering insights on political art for any group of artists trapped by a label, be it Indian, Asian, East European or Feminist. As his cross-cultural references suggest, breaking out depends just as much on meeting the expectations of authenticity as failing them.