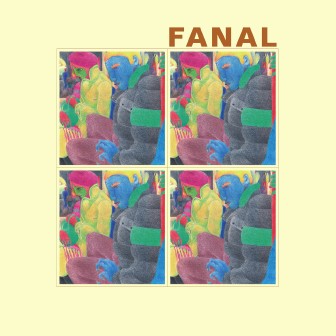 It’s often the case that music made by a renowned visual artist is appraised in relation to the more familiar side of his or her practice. Not that this should necessarily be an issue, but the novelty of an abrupt transfer of medium can divert attention away from the possible shortcomings of the actual music. By any standards Kai Althoff’s second solo LP under his pseudonym Fanal, Fanal II, is an accomplished project. Althoff’s musical output has been prolific over a number of years: his band Workshop (in collaboration with Stephan Abry) has produced a total of seven albums, the last of which, Yog Sothoth (2004), gave their own brand of demented homespun pop a further twist. The second Fanal album appropriates styles from across Cologne’s heritage of alternative music, from Krautrock to some of the more contemporary techno and electro-acoustic productions.

Offering German lyrics that are fiercely brutal and coarse, Fanal II provides accounts of issues such as sexual obsession, eviction, deportation and even the occult. Althoff uses the formal effects of his voice in unconventional styles that are regularly intended to sit with a certain discomfort alongside the consummate structure of the music compositions. On many of the tracks his words are smothered by heavy distortion, creating the sense of a person involuntarily positioned as an outsider. Each of the eleven tracks emphasizes the impossibility of any coherent narrative for the types of persona that Althoff adopts, tending towards more corporeal, pre-verbal evocations.

The pulsating electronica of the opening track, ‘Hure der Geschichte’ (Whore of History), constitute an abrasive and brooding elegy. Embedded within an atmospheric soundscape, its ramblings are offered directly from a disturbed unconscious that appears to be anticipating some inevitable reckoning. The nature of Althoff’s musical oeuvre is patently violent and existential, heightened by the contrast between the voice and with his deeply textural, sometimes even melodious, electronics. ‘Die Tage, Nun’ (The Days, Now), one of the album’s highlights, offers another morose and other-worldly perspective. Possessing a minimal framework with simple repetitions of synth and voice, it creates an affecting dirge that is in some ways a requiem for the wretched. But Fanal II is not just dependent on the presence of the artist’s voice – some of the tracks consisting of raw acoustics and synth, such as the uncomplicated ‘Mit den Hunden’ (With the Dogs), are reminders that an opus can be formed though effortless gestures.

Krautrock, as the musician Julian Cope has elucidated, was ultimately a British phenomenon in the sense that the definition was mainly based on the reception of the music in the UK, rather than the German scene from which it emerged. It was almost as though some of the appeal of the genre was down to the desired perception of a Germanic essence. The international success of Althoff as a contemporary artist is in part related to this ‘essence’. While Fanal II as a musical endeavour is certainly born of Cologne’s legacy, it is not necessary to contextualize it in this way – the last thing Althoff’s Fanal guise is ever likely to claim is a birthright. Through its utterly stark ingenuity it deserves to reverberate widely.