In Katja Novitskova’s series, ‘Approximations’ (2012 – ongoing), fantastically photogenic animals appear in larger-than-life-size, cut-out images affixed to aluminium display stands. Culled from search engines , these flat pictures – nuzzling baby and mother giraffes, a rainbow-coloured chameleon  – slide neatly into their three-dimensional settings to become the perfect props for the audience’s smart-phone image-making, then posted back into the internet’s ocean of flotsam and jetsam. These displays of picture-perfect animals or gym-toned young men have a deceptive clarity that is characteristic not only of ‘Approximations’ but of Novitskova’s work in general: pert red polyurethane arrows writhe upwards to signal growth (Growth Potentials, 2013 – ongoing), while primitive-looking weapons sport handles roughly modelled in high-tech epoxy clay with slivers of silicon wafer for blades. Futuristic materials and glossily rendered surfaces are joined with forms that border on the symbolic (animals, signs, tools), envisioning a future of positivistic species adaptation, technological dominance and economic expansion.

‘There is no flatness,’ said Novitskova in a recent panel discussion: ‘Flatness is psychological.’ The two-dimensional image presented as three-dimensional display is as ‘real’ as the well-polished, camera-ready version of nature it depicts. Just as our perception of space has been altered by rapid advances in digital technology, so, according to Novitskova, the line demarcating the natural world from its technological rendering has dissolved; all exist now in an ecological continuum of material development. Likewise, given our own inescapable engagement with corporate technology – from search engines to laptop brands – the kind of critical distance to the mainstream assumed by left-leaning artists of previous generations is no longer tenable. Following this logic to its conclusion, the only kind of agency available now is a ‘double agency’, in which complicity and criticality are sandwiched together like flipsides of a factory-grown silicon wafer. Deconstructive tendencies are replaced by pure synthetic rendering, as if the reality of images is the only reality there is.

Novitskova approaches our newly digitized culture as a terrain in which techniques of adaptation are necessary to survive, never mind succeed. ‘As everything is simultaneously realistic and camouflaged, the skill needed to navigate the space meaningfully is to be fluent in image-editing effects,’ she writes in her artist’s book Post Internet Survival Guide 2010. This black and white catalogue of images and text with chapter titles such as ‘Remember Where You Are’ or ‘Vanquish Fear and Panic’ collates screen-grabs, conspiracy theories and artworks harnessed through a year-long blog entitled survivaltips.tumblr.com. She is currently working on a follow-up publication called Neverending Story; it focuses on an expanded ecology of matter, in which man-made forms automatically come to replace extinct natural ones.

This embrace of a broad-brush biological determinism equates corporate image conventions with the principles of natural selection, and seems to suggest that economic rebound and growth belong to the natural order of things. Novitskova’s theories thus come dangerously close to the kind of reactionary denials of responsibility for the effects of climate change or the ever-increasing poverty gap that drown out disparate voices from the margins of the mainstream. The artist sees her position as one of ideological ambivalence, however, describing the adopted voice in her work as that of a ‘probability-calculating subject’, which is removed, ambiguous and speculative. Is this neutralized subject the logical conclusion of our algorithm-driven cultural domain?

‘Participating in the Western art world was the first time I’ve encountered anyone speaking positively about Marxism since my kindergarten days,’ Novitskova told me recently. Born in Estonia in 1984 to Russian parents, she experienced first-hand the systematic discrimination in post-Soviet Estonia towards its ethnic minority population, leaving her with a residual scepticism about both capitalist and Marxist ideologies. Having been refused a place at the art academy – due, she believes, to this discrimination – she studied semiotics at the University of Tartu in Estonia, followed by a postgraduate course at the Sandberg Instituut in Amsterdam. Despite having no formal training in visual art, Novitskova subsequently returned to her initial interest and recently completed a two-year residency at the Rijksakademie in Amsterdam.

Adopting a consciously de-politicized position, Novitskova is intent on creating what she calls a ‘basic human art’, which can represent a continuum across history, societies and ideologies. Her recent exhibition in Berlin at Kraupa-Tuskany Zeidler took its title, ‘Spirit, Curiosity and Opportunity’, from three of the robotic rover missions deployed by nasa in the exploration of Mars, and staged a scenario that continued her childhood fascinations with both astronomy and prehistorical artefacts. Linking these futuristic exploratory missions with early forms of art in works such as Pathfinder (2014)  – a heap of broken terracotta pots covered with decals of the Martian landscape  – she proposed analogies between the conspiracy theorists’ interpretations of image material retrieved from Mars and archaeologists’ parsing of historical remains. By setting up a fake Martian landscape inhabited by a marabou from her ‘Approximations’ series in the basement of the gallery, which was linked via a live-feed to the exhibition space, Novistkova roped the audience itself into the guessing game of interpretation (Live Broadcast of Pattern of Activation [on Mars], 2014). Though such strategies of audience activation are familiar from all kinds of art movements of the past century, here the work does not seek to engage with the phenomenological or social capacities of the audience, but rather to exploit its mediating potential: legitimacy is accorded through the perpetuation of the image, preferably the posted selfie.

Katja Novitskova recently completed a two-year residency at Rijksakademie, Amsterdam, the Netherlands, where she will also exhibit her work as part of the Rijksakademie Open Studios in November. She had a solo show earlier in 2014 at Kraupa-Tuskany Zeidler in Berlin, Germany, and her work is included in the group exhibition 'Europe, Europe', at Astrup Fearnley Museet, Oslo, Norway, until February 2015.

Article
‘Not Only Thought-Provoking But Visually Exciting’ 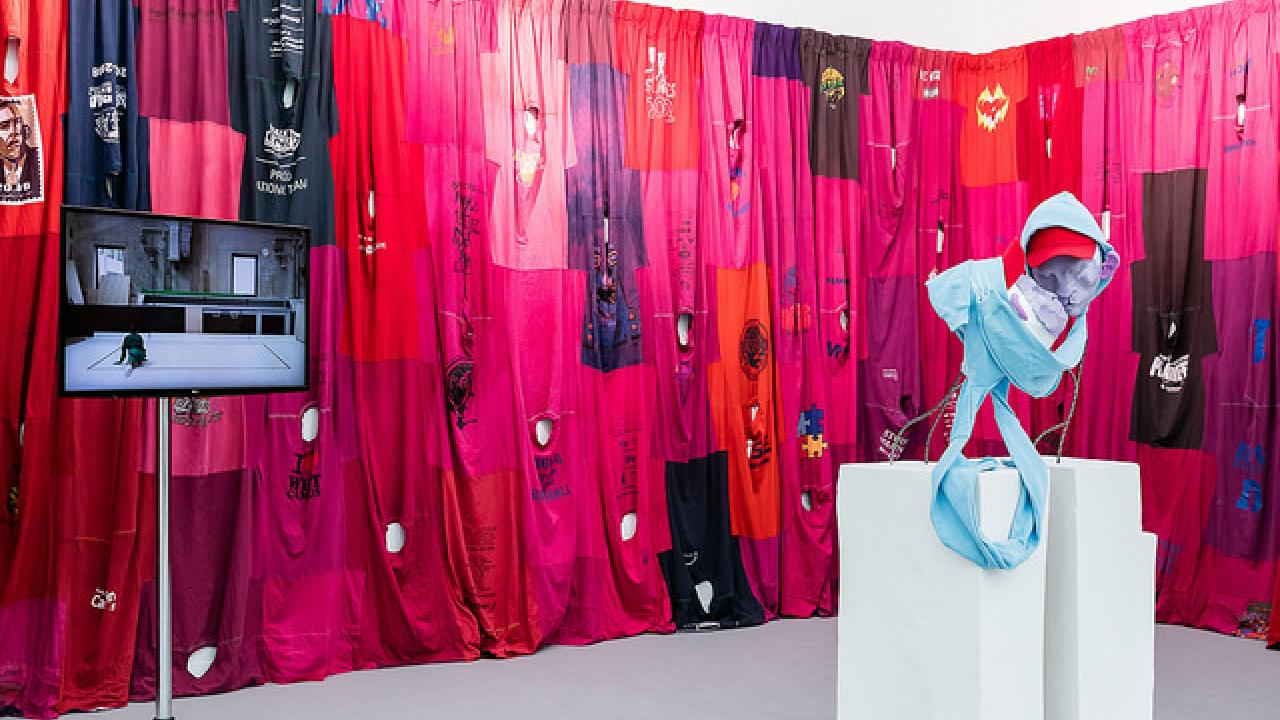