Frames Of War: When Is Life Grievable? 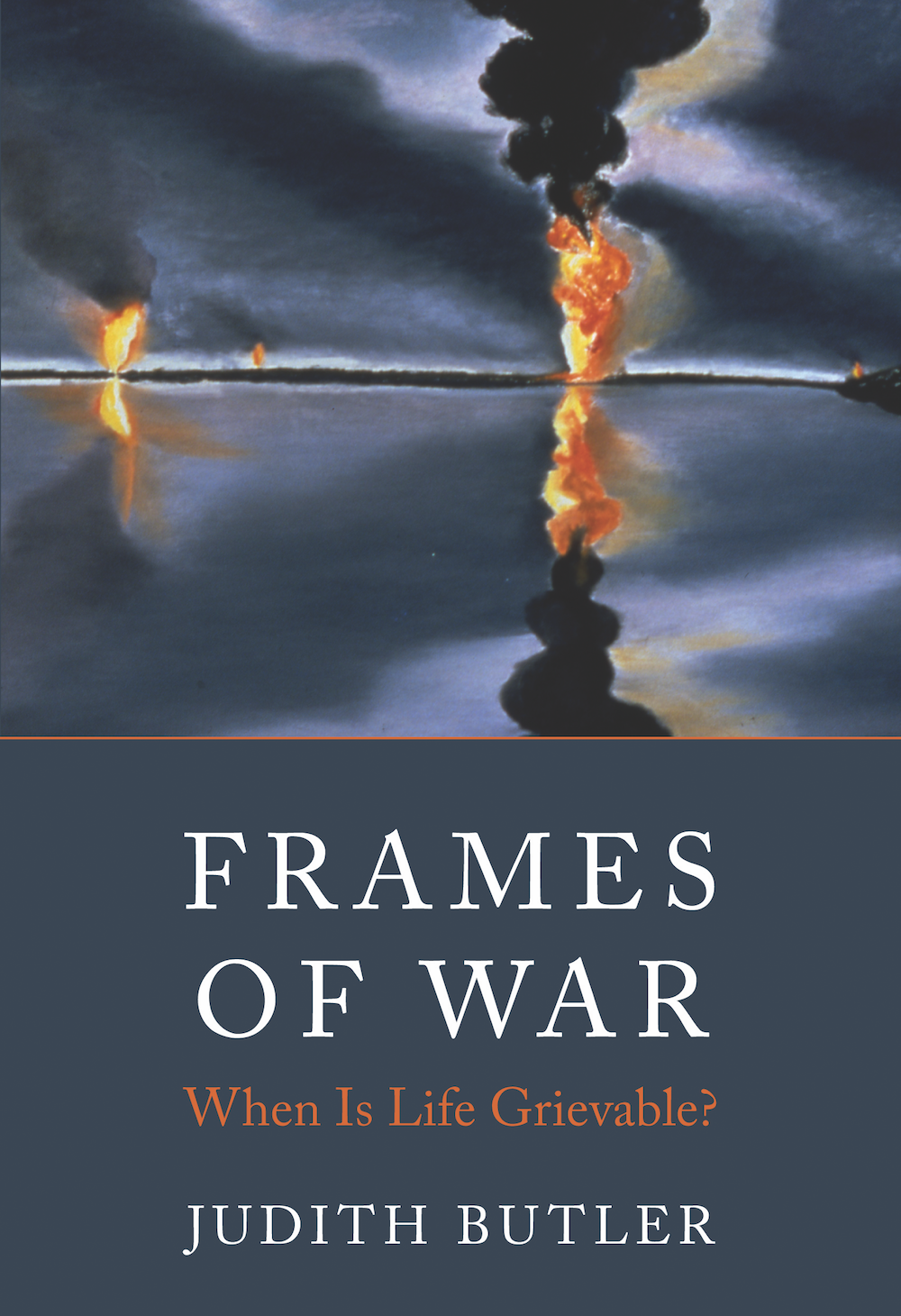 Last year, the BBC found itself attacked for its coverage of the Israeli offensive on Gaza by lobbies sympathetic to both sides. Did its coverage become propaganda if it showed too many corpses, or was it propaganda if it failed to show corpses? This year the death of British reality television star Jade Goody elicited the kind of media-instigated hysteria that has become customary for a certain kind of celebrity ever since the death of Princess Diana. Judith Butler’s focus in this collection of five essays written and revised between 2004 and 2008 is the USA under George W. Bush, with Abu Ghraib and Guantánamo Bay looming in the background. The questions she addresses however – about which lives are deemed worthy of grief and which are not, and what counts as a life in the first place – have a clear bearing on the cultural politics of grief beyond the USA. As Butler rightly insists, these themes have by no means been made obsolete by the ending of the Bush regime.

In Butler’s post-structuralist style of cultural analysis, there is a studied performance of seriousness and an impulse to interrogate presuppositions, complicating the allegedly taken-for-granted, that risks becoming a kind of hyper-academic left wing pietism. Yet these essays are far more stimulating than they are exhausting.

Butler’s concern is with the way that the state and the media ‘frame’ war, death and atrocity; or rather, she is interested in how frames always partly fail. ‘To call the frame into question,’ she writes, ‘is to show that [it] never quite contained the scene it was meant to limn.’ This book is an urgent yet characteristically thoughtful analysis of a media-managed reality that is both more controlled and more insecure than ever before: photojournalism is far more regulated than it was in the 1960s and ‘70s, but the Internet allows an unprecedented range of images and texts to circulate outside official channels.

It is the notorious photographs taken in Abu Ghraib that prompt some of Butler’s most interesting insights. Her essay ‘Torture and the Ethics of Photography’ is written in dialogue with Susan Sontag’s arguments in On Photography (1977) and Regarding The Suffering Of Others (2003). Sontag’s claim was that contemporary photography aestheticises suffering, forestalling any political or ethical response, and failing anymore even to shock. Whereas narratives produce understanding, at their best photographs can only ‘haunt’ us. But if a photograph can do this, Butler counters, it is by ‘instituting a certain mode of acknowledgement. It ‘argues’ for the grievability of a life’. It is Sontag’s opposition between affect and cognition, and between images and the verbal, that Butler seeks to unsettle. Photographs, Butler argues, do not await verbal interpretation; they are themselves already interpretations. Politicization ensues when the framing is itself exposed (‘the maps that exclude certain regions, the directives of the army, the positioning of the cameras, the punishments that lie in wait if reporting protocols are breached’) and Frames of War plays a part in bringing those structuring forces, which maintain their power by remaining invisible, into view.