Looking at art from the past through a contemporary lens, and featuring award-winning writers Ali Smith and Olivia Laing 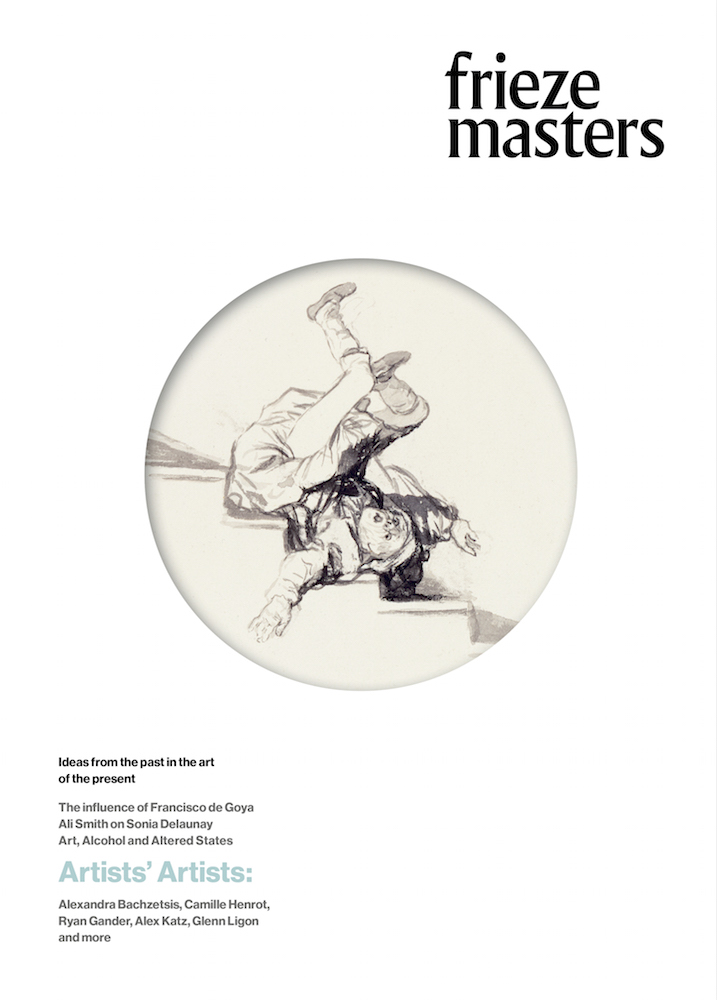 Discovering ideas from the past in the art of the present, and published to coincide with Frieze Masters, this issue includes: the role of women in Dada; Goya’s enduring influence on modern art; the inseparable nature of Sonia Delaunay’s life and work; the hallucinatory history of artists and intoxication; and 17 artists – including Camille Henrot and Ryan Gander – on the works of art which have influenced them.

Previews of selected articles are now available to read online.

Under the Influence
The messy, often mysterious evolution of art history
by Jennifer Higgie

Back to the Future
What’s behind the recent impulse to restage historical exhibitions?
by Jo Melvin

The Visconti Tarot
Reading the cards
by Amy Sherlock

Artists’ Artists
17 contemporary artists, including Glenn Ligon and Alex Katz reflect on the art works that have inspired them.