Peeling back the thin skin between man and machine 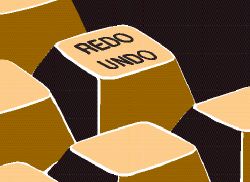 While the soulless ascendance of the digital has become the subject of easy mockery, often overlooked are the exceedingly sincere, would-be revolutionaries who aim to remake the system in ways that are variously utopian or sneakily retrograde. A lot of buzz has been travelling through Apple Computer and interactive design circles about Jef Raskin's new book, The Humane Interface (2000). It's a theoretical and practical guide to human/machine interfaces which promises that personal computers can be made pleasant, efficient, and not psychosis-inducing. The dedication to Raskin's manifesto reads: 'We are oppressed by our electronic servants. This book is dedicated to our liberation.' With pale and clear-eyed authority, Raskin seeks the end of petulant, disobedient computers that discourage productivity, taunt us with baffling error messages and threaten to entangle us in a web of cables, wires, and power sources.

Raskin is the big daddy of the Mac, founder of the Macintosh project at Apple and instigator of most of its then-revolutionary features. An alarmingly literate man (it's interesting that for this book he somewhat dumbs-down his normally erudite prose), and hailed in the industry as a prescient sage, Raskin envisions a way of working with computers that proceeds from the psychology of human attention and habit formation. On his own terms, Raskin succeeds remarkably by rethinking the customary metaphors that allow us to create and manipulate what are essentially strings of 0s and 1s. Among other things, Raskin wants to get rid of files and file hierarchies, jettison the familiar desktop, and add a lot of custom keys to reduce reliance on time-wasting menus. Instead of discrete applications, such as word-processing or spreadsheet programs, Raskin would have consumers buy sets of commands, which would work on any given object in any document. You could type in a letter to Aunt Martha, insert a photo of the two of you from Christmas (perhaps giving yourself a virtual haircut in the process), draw a 3-D diagram of that truly bedraggled tree, add a sound snippet of Dad's tuneless carolling, grab Auntie's address from your personal database, and email the whole shebang, all within one document and without having to switch applications. Put another way, any and every document could be a photo album, database, sketchbook, sound archive, and annotated thesis - and all at once. No more switching between porcine applications - such as the Jabba-the-Hut-like Microsoft Word, grist for the mill for legions of Gates-bashers.

Much of what Raskin proposes is sound, accepted interface theory (and familiar to those of us who remember the promise of OS/2), and he has the heft, the reputation, and the buzz to make people hear him out - the Eazel project are already implementing many of these innovations in their freely-distributable Linux interface. On the face of it, this is all well and good, and in line with the utopian notion of co-operation and efficiency driving so many current Open Source initiatives (whereby 'the kids' freely offer up the source code of the their software to anyone who might want to adapt or build upon it). What's troubling, though, are some of Raskin's deep-seated premises, which lead to proposals such as abolishing user preferences - banishing, for instance, your custom menu settings or desktop background picture - because preferences 'burden users with a task extraneous to their job function'. His emphasis on efficiency and economy of gesture, backed up by quantitative measurements of time elapsed and cursor distance travelled, returns us to a Fordist programming of human behaviour which tries to quash disruptiveness and human libidinal impulses. Little room is allowed for the vagaries of aesthetics, the ephemeral element of fun, or idiosyncratic individualism: the dog-like imperative to mark one's territory via personalisation. But the cool thing about the original Mac, Raskin's first baby, was that it was friendly, cute, and almost huggable - efficiency was merely a collateral benefit. Current iMac idolatry is due to the machine being practically lickable, not because it's a time-saving productivity enhancer.

And what is it with the rationality thing? Since when have human beings been rational, whatever our aspirations and delusions? A cursory glance at history, or any newspaper, iterates the point that we're a contrary species, subject to errant impulses, absurd judgements, and rampant confusion, not to mention unconscious motivations of a usually nasty nature. While not catering to these motivations, the Open Source ideal of free exchange and wild proliferation of ideas is an ideal that amply kneads in the messiness of human behaviour; the fate of the assembly line attests to what happens when that behaviour is overly channelled and made routine - machines can do it better. Few things look as crestfallen as exhibits in a computer museum: wards of elderly computers, technological veterans, incompatible media, and puny, under-powered software. Each specimen is all the more disconsolate because it entered the world brashly yet was already obsolescent. You'll always find a Mac in there, but as a rare, venerated grandfather with hundreds of offspring. Chances are, Raskin's version of a computer will show up there too, but the question is how many progeny it will sire? I don't know, but they probably won't be very cute.