This exhibition of Gordon Matta-Clark's recently restored films was a fascinating insight into the personality of the films' chief protagonist. In the ten-minute film Splitting (1974) Matta-Clark appears bare-chested with a neckerchief and medallion, which swings from side to side as he pounds an enormous mallet into the foundations of a very ordinary-looking suburban American house.

The film documents the making of one of the artist's most famous works, in which he sliced a house down the middle and lowered the foundations on one side so that the cut appears like a sharp-edged chasm. While the collaged photographs of the work are well known, as are actual severed cross-sections of the house itself, it is only in the filmed footage that you get a sense of the physical labour involved, and the charisma of the artist. 'This piece was obviously a private performance', he said, '... through my interest in hanging out, or hanging on ... the suspension and the suspense of it. Putting your shoulder to part of a building, pushing it.' Apart from the intense difficulty involved in sawing a house in two, an element of social peril also becomes apparent: Matta-Clark positions himself as an artist outlaw with the powers-that-be forever threatening to catch up with him and put an end to his dangerous and illegal sculptural feats.

The film Bingo X Ninths (1974) tells the story of another suburban house deconstruction, which, as a text panel in the film narrates, was completed just one hour before the authorities arrived to demolish the building. The bulldozer appears in the final scene like the lumbering monster in a trashy B-movie, ramming at the elegant construction until it collapses and then moving in to devour its prey.

As well as the filmed documentaries of sculptural pieces, Matta-Clark made a number of independent works that he described as 'film performances'. It is these that highlight most clearly his talents as an actor and dancer. Clockshower, also from 1974, is a piece of Harold Lloyd-style burlesque. The artist scales the façade of the clocktower in downtown Manhattan, dressed like Marcel Marceau in black tights and a shiny black mac. He proceeds to brush his teeth, shave and wash himself with exaggerated gestures under a shower attached to the centre of the clock-face. He then covers himself in shaving foam and clings with arms and legs to one of the clock hands, dragging it backwards to a horizontal at about quarter to three, where it stops and he hangs motionless. Matta-Clark was good friends with choreographer Trisha Brown, whose examinations of movement, weight, verticality and gravity, using harnesses and suspension systems, are also evident in his work. Sculptor Jackie Windsor, who had experienced at first hand his wild dancing style, described his 'fine-tuned language and logic of the body ... when you cut a house in half ... or you gymnastically tumble someone around safely, there is such a refined understanding of mass, weight and delicacy'.

In 1972 Matta-Clark installed an industrial waste container on Greene Street, fitted it out with corridors of salvaged doors and left it there open to all. Open House, the film documenting the installation, has an immediacy and vitality almost unimaginable today. Groups of ragtag artists splash through the rain-slicked Soho street performing an impromptu umbrella dance in and around the structure. Soho still looked wonderfully down-at-heel in those days, grim and dirty, with rubbish on the streets and, no doubt, countless uninhabited loft spaces just ready to be taken up by enterprising young artists.

Born and raised in Manhattan, Matta-Clark's love for the city is palpable in his films in the sublime shots of sky, water, light and industrial architecture in the epic Days End (1975), as he slices out a sail-shaped piece from the corrugated front of Pier 52 on the west-side waterfront. In City Slivers (1976), tall skinny crop shots of the city's day-to-day activities are projected next to each other as people, traffic and slick mid-town architecture merge into one fluid strip of celluloid; in Substrait (The Underground Dailies) (1976), unedited footage of New York's subterranean life are full of lingering shots of heavy machinery and juxtapositions of sculpturally magnificent brick tunnels and little crops of mushrooms growing between the tracks on their floors.

In interviews and letters Matta-Clark repeatedly talks about architecture in anthropomorphic terms, describing the 'personalities' of the west-side pier facades, advising that we 'think about shelter as a form of being', mourning the 'neglect and abandonment' of the city as if it were a child. The urban landscape and its cast of buildings have an active role to play in his work: not only stage-set and props but also supporting actors in the open-ended narrative scripted by himself. 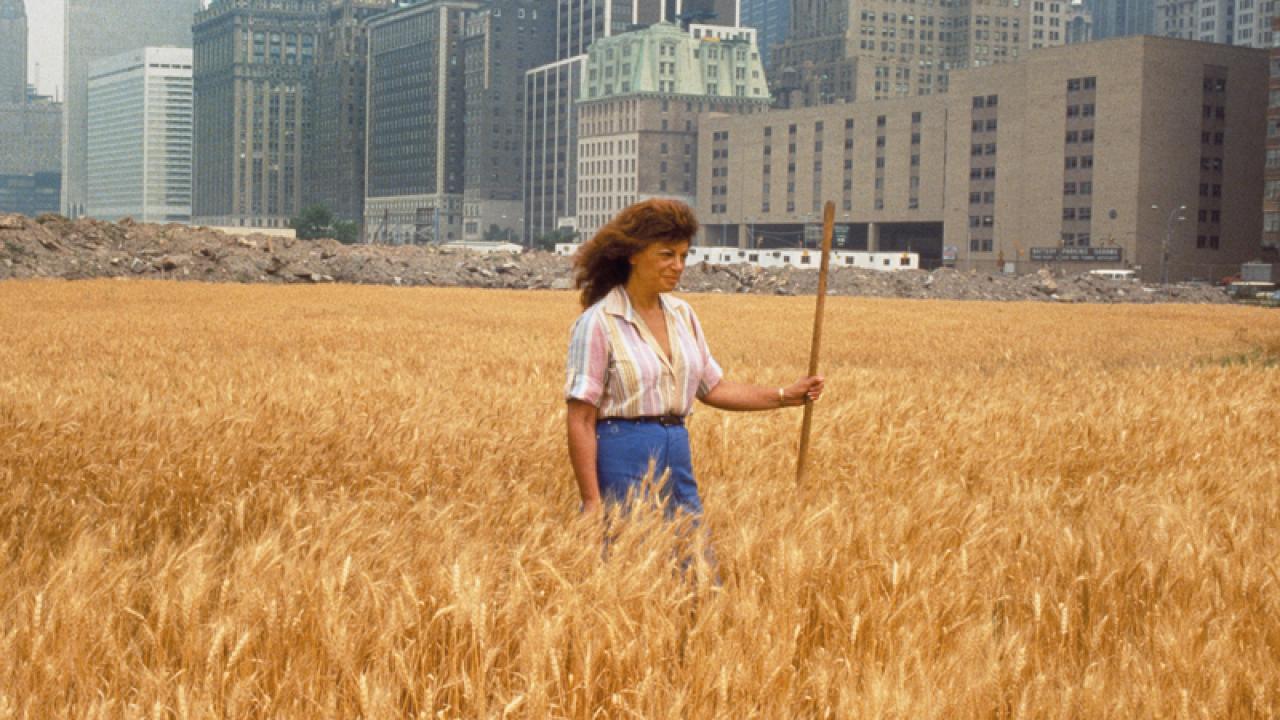