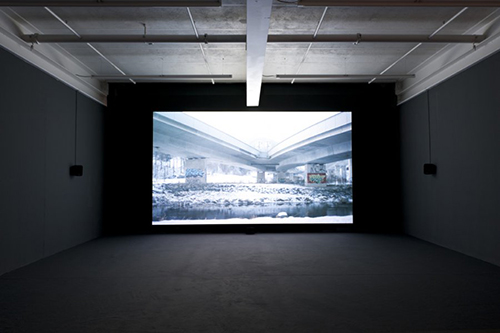 I awaited Willie Doherty’s solo show at Galerie Peter Kilchmann in March with a degree of nervousness, knowing that he was to reveal new work made in Zurich. Doherty’s impressive back catalogue is so informed by, and so intimately related to the place and people of Northern Ireland, that I had found his last departure from this specificity – the work at Documenta in 2012 – less successful. I waas right to be nervous, but not for those reasons: Doherty’s film Without Trace is an unflinching portrait of this city’s peripheral zones. The narrative about a missing migrant worker speaks of snow and what it hides till spring, while hiding in plain sight are the tasteful but barren new constructions colonising marginal spaces. 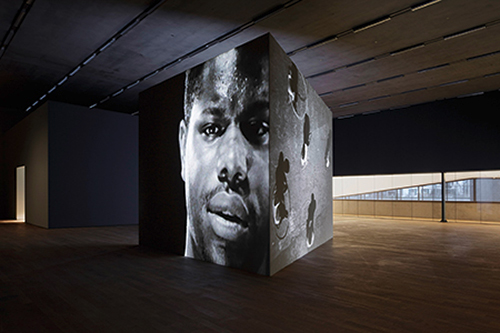 The Schaulager in Basel took full advantage of its scale and resources to stage a blockbuster show of the British filmmaker Steve McQueen. It’s what institutions of their ilk should do all the time. 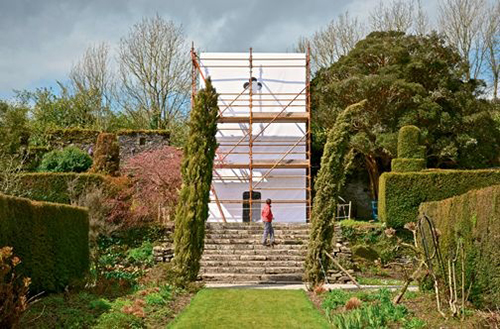 At Lismore Castle Arts in Ireland during the summer, Pablo Bronstein orchestrated the audience’s experience of his work like a virtuoso. Having left the gallery where the rest of the exhibition Monuments, curated by Mark Sladen, was to be found, I walked up the walled garden to find Bronstein’s work. The surroundings were exquisite, the weather perfect, but I was still aggrieved to find his work surrounded by scaffolding. Another case of landed gentry thinking they can put up shoddy art exhibitions, I thought, this installation hadn’t even lasted a month. And then I realised that the scaffold was the work; that it didn’t obscure a tower in the crenellated wall, but held up a tarpaulin to make the perfect, simplest Fata Morgana of one. 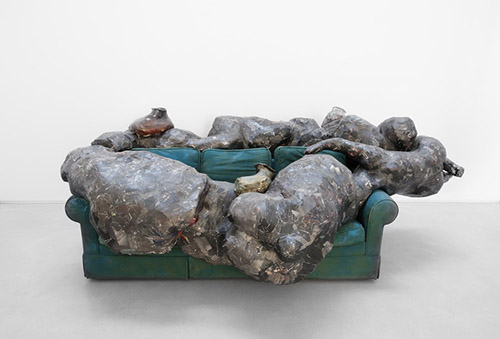 Jessica Jackson Hutchins may now have departed European shores, but before she did she had an excellent show at the Centre Pasqu’Art in Biel which ran until September. The passage of rooms in the older section of the museum in particular allowed her sculptures space and a fitting environment to make meaty statements about changing bodies and renegotiated domesticity.

Damian Meade’s paintings at Scheublein + Bak in Zurich were a summer discovery, and it was a joy to be immersed in Haris Epaminonda’s South of Sun at the Kunsthaus Zurich, not to mention Lonnie van Brummelen and Siebren de Haan’s exhibition at the same institution later in the year. 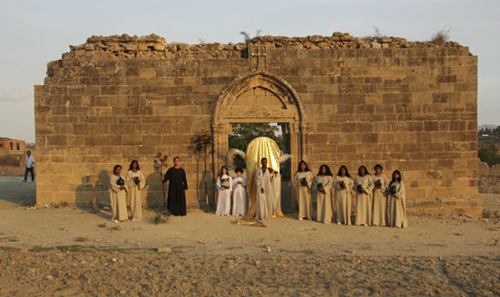 Of the discussions I’ve been party to, one of the most memorable was prompted by an evening spent reading suicide notes within Andreas Golinski’s exhibition in Florian Christopher’s intimate off-space. And, finally, I was immensely proud of the participants in the Art + Argument debate I organized in October in Zurich. The motion was ‘art is a luxury’. It’s rather an absolute necessity, insisted the opposition – the only job creation scheme for the otherwise unemployable, the insane and the criminal.