How Sheila Hicks Changed the Way We Think About Sculpture

At The Bass, Miami, the 85-year-old fibre art pioneer continues to push the boundaries of her medium

‘Over the last ten years, rather surprising things have come to be called sculpture.’ So wrote Rosalind Krauss four decades ago in her essay for October magazine ‘Sculpture in the Expanded Field’ (1979). It is one of those texts that many people know about, but few actually read. The suggestive title phrase has become a cliché, appended to architecture, craft, ceramics, design, painting and so on. Rhetorically speaking, placing any one of these disciplines ‘in the expanded field’ simply conveys the idea that people are thinking big.

There’s nothing wrong with this shorthand, but it would be a shame to lose track of Krauss’s original argument. Her essay begins from the premise that ‘we know very well’ sculpture is ‘inseparable from the logic of the monument’. Sculpture, that is, marks a particular site and signifies its importance in visual form. Any attempt to escape that historic identity – as in the ‘essentially nomadic’, literally baseless condition of modernism – will inevitably fail because monumentality will still be present, if only in a relational way.

This insight allowed Krauss to render legible the multifarious, apparently chaotic, artistic activity of the 1970s. She saw that modernist sculpture, being autonomous, could be negatively defined as ‘not-landscape’ and ‘not-architecture’. But, of course, actual landscape and architecture were still valid modes. Once these four terms were properly understood, she could position any given work in relation to them, setting up a conceptual matrix for three-dimensional art of all kinds. Krauss even drew a diagram, showing how artists navigate between the poles. The site-constructions of Mary Miss and Alice Aycock, for example, sat between landscape and architecture, while land art by the likes of Robert Smithson and Michael Heizer lay at the intersection of landscape and not-landscape.

Krauss’s intricate taxonomy has, perhaps, not aged so well. But her basic contention that historical, medium-specific categories perform an important conceptual role, even in a radically interdisciplinary environment, remains valid. Sculpture has been thrown into an infinitely expanding relational array, ‘kneaded and stretched and twisted in an extraordinary demonstration of elasticity’. But, as an idea, it is still indispensable.

This brings us to the topic at hand: the work of Sheila Hicks. The Nebraska-born, Yale-trained, Latin America-inspired, Paris-based artist has a new survey show opening this month at The Bass in Miami, under the very Kraussian title ‘Campo Abierto (Open Field)’. When I spoke to her recently and asked whether there was any connection, she laughed: ‘You mean, is my sculpture looking for unemployment insurance?’

At age 85, Hicks is one of the great artists on the world stage. Though often described as a fibre artist, there can be little doubt that she is primarily a sculptor, with a powerfully assured handling of space, scale, texture and colour. The stance she takes to her own discipline is relational precisely in the way that Krauss described: ‘My lifelong ambition’, Hicks told me, ‘is to be faithful to fibre, but free from it, too. I got hooked to the material early on, but I never followed its laws.’ Her gorgeous vertical waterfalls of yarn are like warps innocent of the loom. Her long braids, rhythmically wrapped into bundles, invariably spill open at their ends. Everywhere in her work, the up-and-down, side-to-side vectors characteristic of weaving wander off course, resulting in ‘a mischievous, even rebellious, geometry’, as Frédéric Bonnet, the curator of ‘Campo Abierto (Open Field)’, notes in the exhibition catalogue. There she stands, in other words, right at the nexus of ‘fibre’ and ‘not-fibre’.

Hicks also has strong recent form in ‘not-landscape’. The past few years have seen her exploring outdoor settings that would initially seem unpromising, given her medium. Using durable synthetic fibres, however, she has created installations for the gardens at the Palace of Versailles and the Musée Carnavalet in Paris, as well as the High Line in New York. In these projects, nature serves as a paradigm of flux – a theme that bears greater weight nowadays, given our belated awareness of climate change. Her iconography reflects the environment transforming before our eyes: melting glaciers, leafless tress, rising tides. Hicks says that this was uppermost in her mind when deciding how to approach the show in Miami: ‘When we think of Florida, we think first of landscape – the water, the sun, the elements.’ Yet, she is obviously no land artist; her works are hopeful gestures, not direct interventions. ‘I don’t want to make it sound triste,’ she says, ‘but it’s like you close your eyes and see paradise lost. A thrust to counteract desperation.’

As to ‘not-architecture’, this could be seen as her primary inheritance. From Bedouin tents to Native American tipis to Mongolian felted yurts, fabric has always provided a way to live without permanence. In keeping with these traditions, Hicks engages with architectural ideas, but always transiently, making them happen and then moving on. Her earliest works in the ‘Prayer Rug’ series (1965–ongoing) were a breakthrough in this respect: they allude to the Islamic custom of making sacred space with nothing more than a mat on the ground. More recently, with The Questioning Column (first realized for the 20th Sydney Biennale in 2016 and reprised this year for her show at The Bass), she temporarily transforms the syntax of a classical façade, adding a single exuberant polychromatic exclamation point. While her recent Baôli – big soft pads, made by wrapping bales of thread with netting – were inspired by steps leading down to sacred wells she had seen in India.

For Hicks, these various liminal situations are the very definition of the ‘open field’. If her idea of expansiveness differs from Krauss’s, the distinction lies in her greater emphasis on social encounter. Arthur C. Danto, in his 2006 essay on Hicks, ‘Weaving as Metaphor and Model for Social Thought’, speaks of the ancient Greek embrace of textile as analogous for the polis: a delicately interconnected web of dependency. The artist loves this idea of a ‘harmonious interlocking’. Indeed, an even better metaphor for her exhibition at The Bass might be an agora – a public square – rather than a field. For if this space isn’t populated, where is?

If Krauss was right to say that every sculptural situation implies monumentality, then what, we might ask, is being commemorated in Hicks’s work? One possible answer is a certain ideal of public life. Hicks has seen quite a bit of history by now, enough to convince her that even democracy can be dangerous. She cites the work of her close friend, the essayist Dominique Eddé, who, writing last month in the Lebanese newspaper l’Orient-Le Jour, describes the way community sometimes ‘folds in on itself like a clenched fist, to strike a blindly defensive attitude, with no eyes for anything other than itself’. Instead of a closed system, Hicks offers an open invitation – of the kind that buildings and forests generally don’t. Not-architecture, not-landscape, not-hierarchical, her work offers a warm welcome and a tacit reminder: ‘Stay awake, because something’s happening.’

Sheila Hicks is an artist based in Paris, France. Her solo show ‘Campo Abierto (Open Field)’ runs at The Bass, Miami, USA, until 29 September 2019. 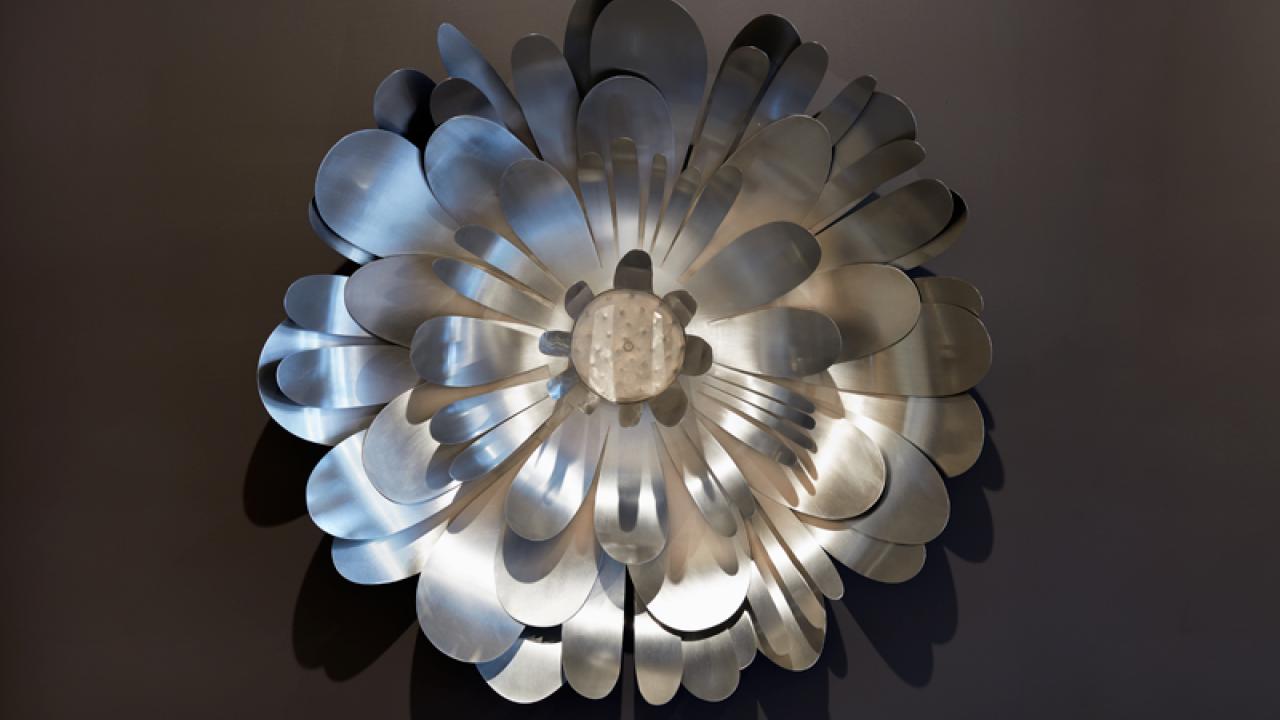 Opinion
A Hollywood Special Effect Let Loose in the Landscape: A Review of Thomas Heatherwick’s Vessel 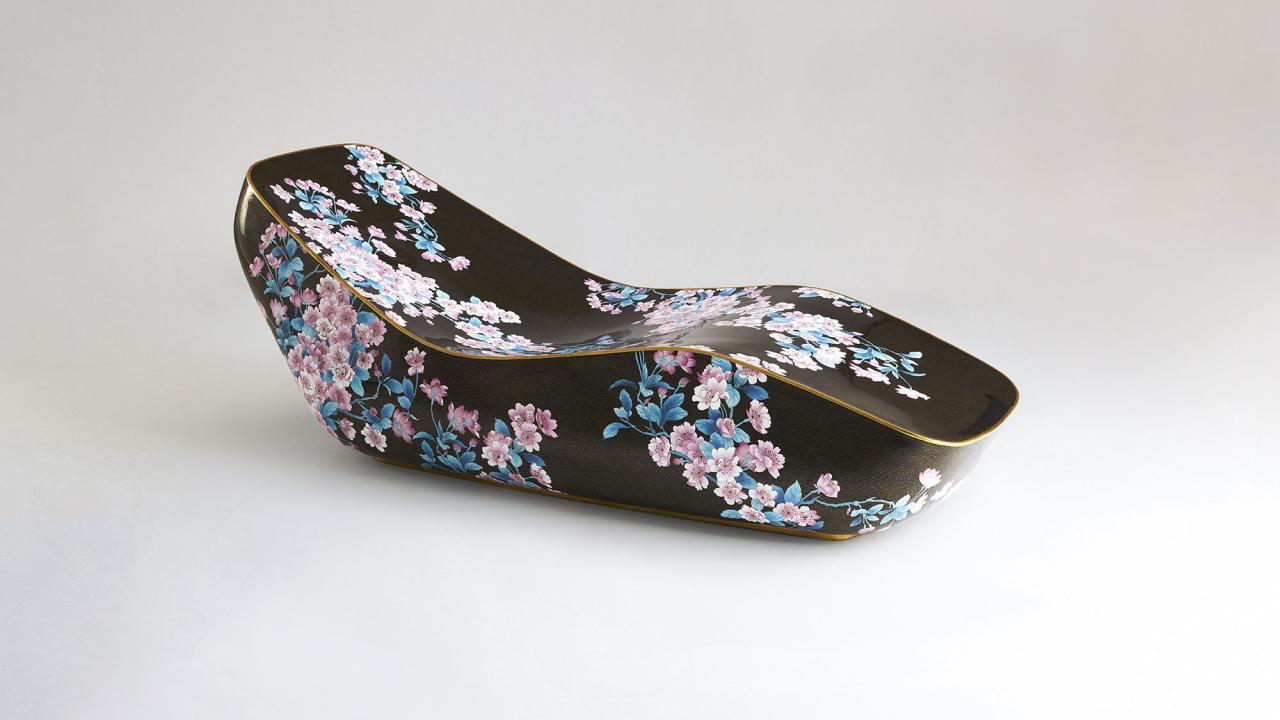 Opinion
Midlife Crisis on an Unlimited Budget: Marc Newson’s Furniture for the 1%

Has the great designer lost sight of what it means to make things that matter? 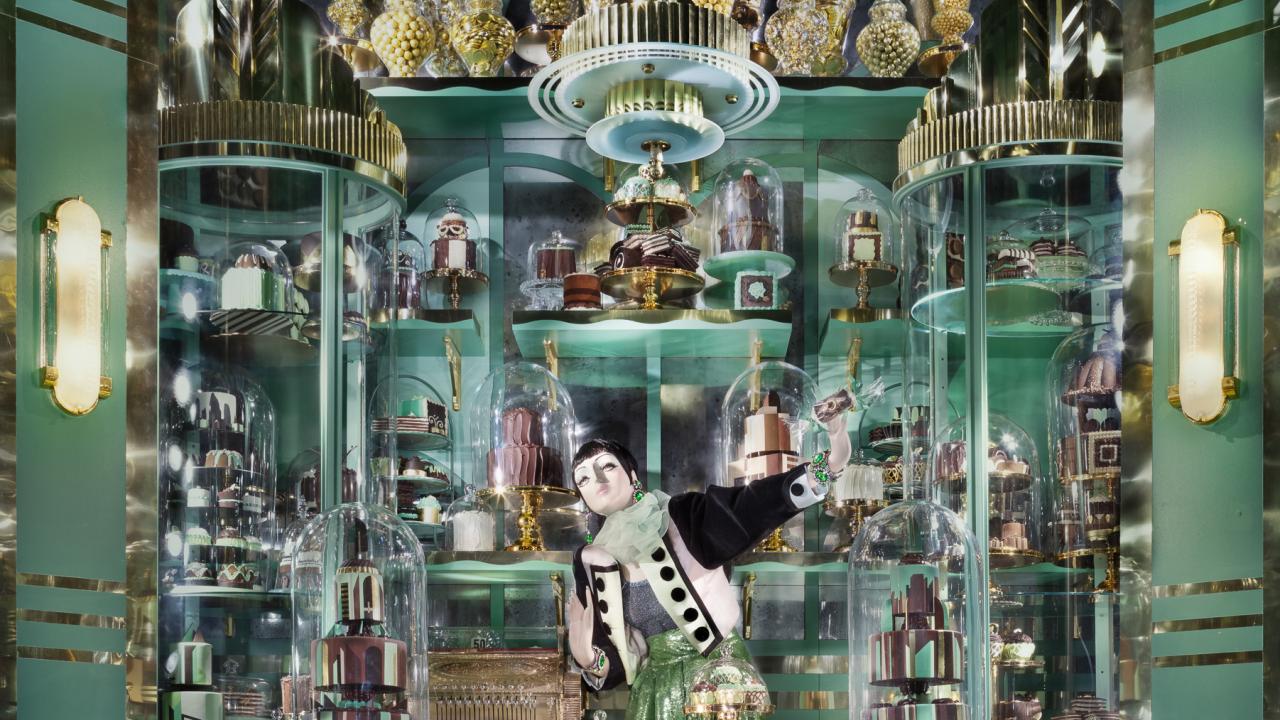 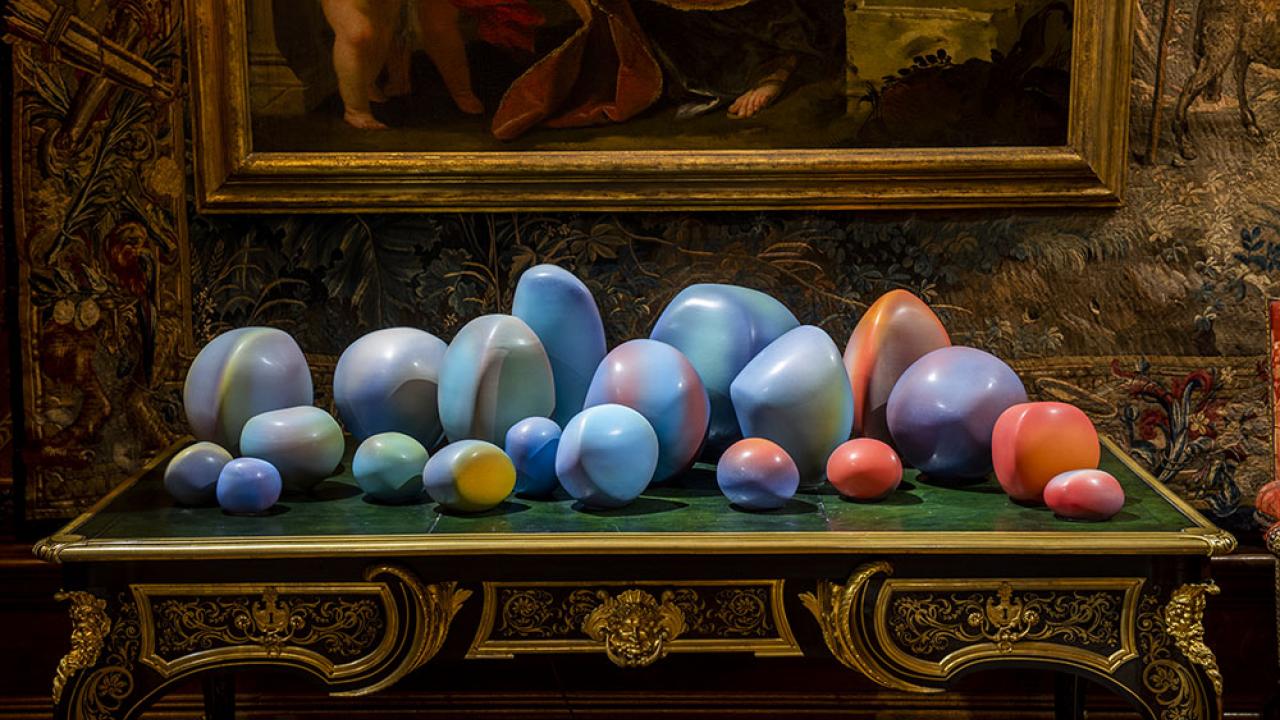 Alongside a centuries-old collection of Old Masters, Delftware and Chinoiserie, the Devonshires continue to commission contemporary art