Seen under the pale sunlight of a crisp winter afternoon, the somewhat unprepossessing retirement haven of Bexhill-on-Sea on England's south coast is a rather evocative place. The scent of ozone, the suck of the undertow on the shingle, the diffused echoes of teenage skateboarders on Marine Parade and the complete sense of genteel oblivion conspire to induce in the sensitive soul a feeling of anxious melancholia. It's a curiously fitting location for one of England's truly great Modernist buildings, and perhaps the town's only redeeming feature - the De la Warr Pavilion. Among the stuccoed Edwardian terraces, squat 1980s leisure domes and municipal car parks the Pavilion provides a comparatively ascetic version of a people's palace. It was designed in the 1930s by the celebrated architects Eric Mendelsohn and Serge Chermayeff as a place of entertainment and public instruction. It now retains a certain well-maintained shabbiness, both endearingly Modern and consequently agonizingly nostalgic.

Commissioned as part of Ian Breakwell's year-long residency at the Pavilion, the large scale, double-screen film installation The Other Side (2002) uses the building as both its backdrop and its subject. It captures the precise harmony and mood of the place while maintaining its autonomy as a work that might be equally resonant in another location. Each scene of the film was shot on the Pavilion's upper landing, where the distinctive elements of the Modernist style are apparent. The camera is positioned looking out through the panoramic curved windows of the stairwell across the exterior balcony to a view of the sea and the horizon as the sky reddens into summer twilight. It pans back and forth through 180°, a continuous pendular motion that makes the architecture itself appear in flux. The serpentine banister slides languidly in and out of frame, and the fluorescent glow from the stairwell's central chandelier casts animated Newton's Rings of light on the glass - even the formal grid of the window frames seem no longer to be entirely static. This image is projected on to one side of a free-standing wall in the Pavilion's darkened gallery space; on the other side the view is filled by four elderly couples waltzing on the balcony, their slow-motion dance echoing the movement of the camera. The images are accompanied by a soundtrack of gently breaking waves and calling gulls, which in turn is overlaid by a hauntingly beautiful fragment of Franz Schubert's Nocturne in E Major. As the music ends, the images are reversed: each is projected on to the opposite side of the wall and each time it is slightly closer to sunset, until finally the music ceases completely and the images plunge into blackness, accompanied by the sound of cracking glass, roaring waves and frenzied seagulls.

Filming elderly couples waltzing in a faded seaside resort could easily dissolve into sly cliché, but in Breakwell's hands the scene is utterly compelling. The Other Side is a delicate and elusive piece of filmmaking and perfectly communicates a moment of ordinary romance. The dancers move through their well-practiced steps in a mood of concentrated aplomb rather than enraptured delight. The fragile strains of Schubert, the gentle tide and the wheeling pigeons, the rays of the dying sun and the elegance of the architecture make for images that are so indescribably beautiful that you are lulled into a state of hypnotic inertia. You never want the waltz, the view of the sea through brine-stained windows or the music to stop.

But this quaintly civilized scene ends with a soundscape of some unseen catastrophe, as if the building and the dancers have been engulfed by an arbitrary force of nature and pulled into the crashing waves. It's an appropriately disastrous finale to all the strangely affecting docility of what has preceded it. And then out of the darkness comes the sound of the quiet tide once more, and the piano music and the waltz begin again. 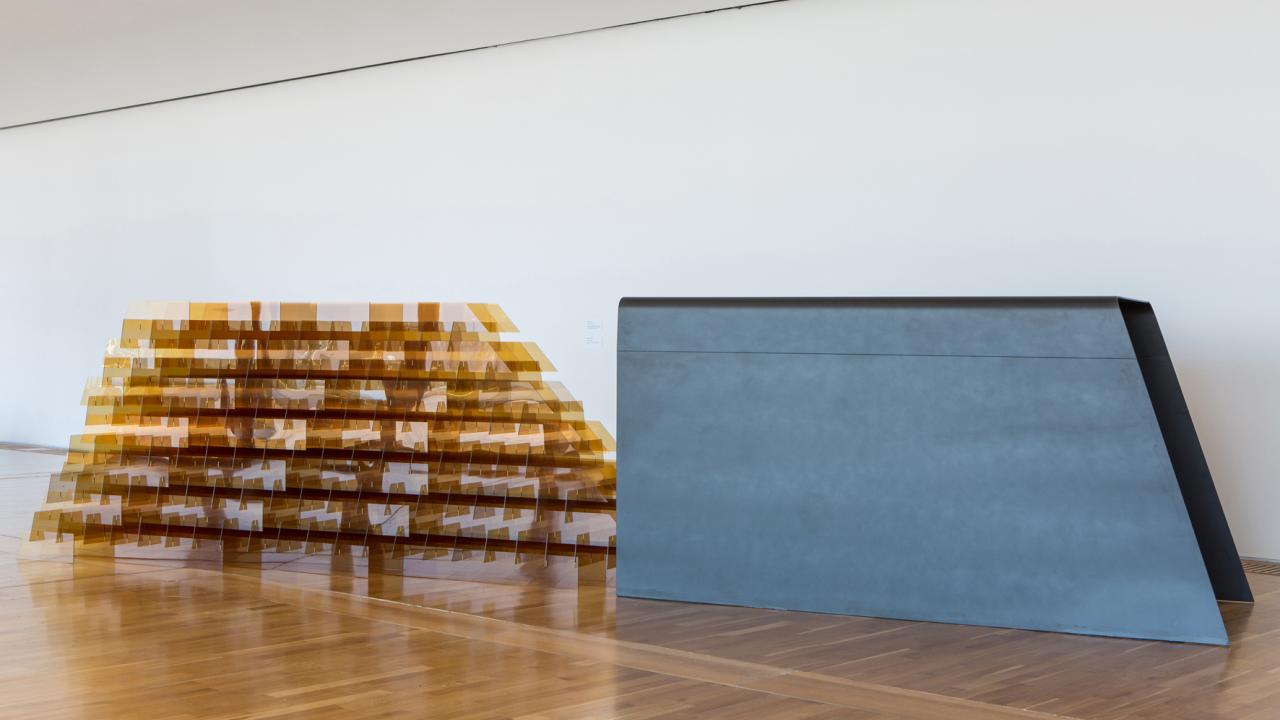 Profiles
The Edges and Boundaries of Alison Wilding 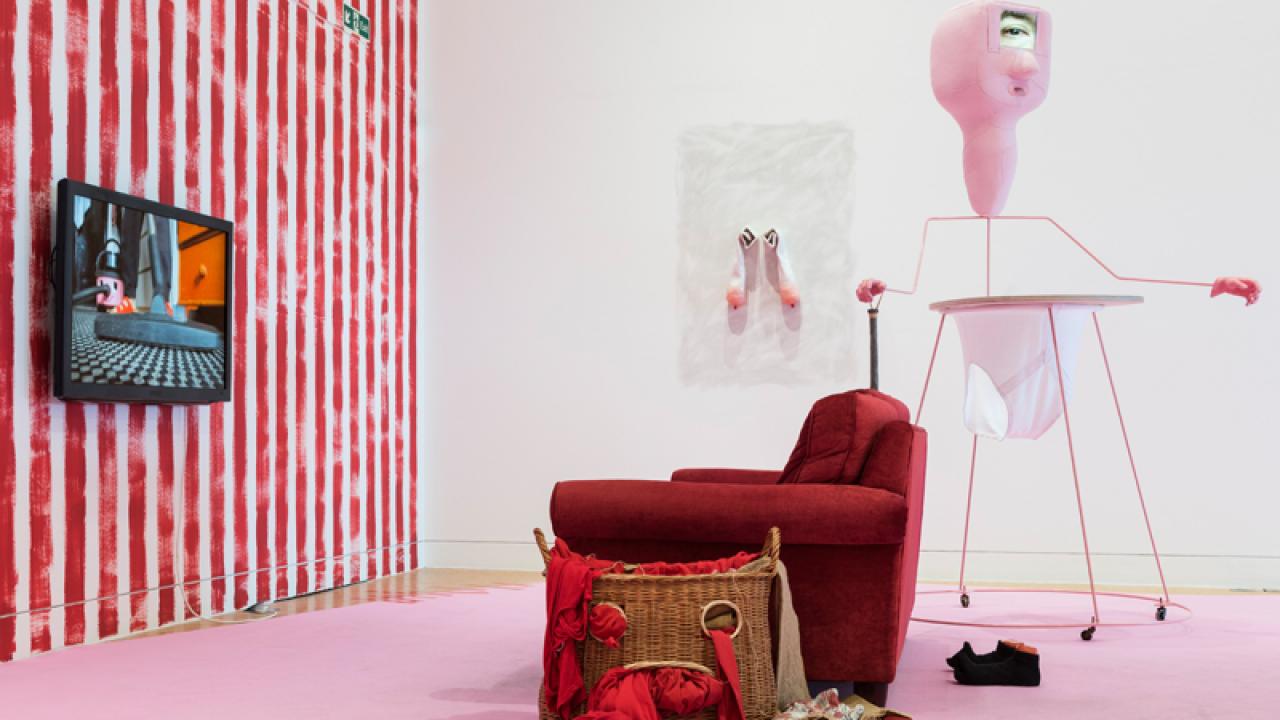