Back in June, Frieze and the Contemporary Art Society announced a partnership to purchase a major work at the 2016 edition of Frieze London for a UK regional museum. The beneficiary will be Middlesbourgh Institute of Modern Art (MIMA), who proposed to focus on works that engage the topic of migration.

MIMA's Director Alistair Hudson and CAS patron Cathy Wills told Frieze about their hopes and aims for the partnership.

We were very aware when the call for applications went out: opportunities like this are just so thin on the ground. Museums like MIMA are operating with such limited funding; we don’t have an acquisition budget to speak of anymore. I believe it was 70 or 80 regional institutions which put in an application for this award, and that speaks to what’s happening: it’s an increasing problem for regional museums generally.

Because of this, we have to work differently, think differently. This award was announced at a time when we are beginning to become less reliant on touring exhibitions and driving our in house programme instead. At MIMA, we’re moving in the direction of ‘the useful museum’, a radical proposition for what (we hope) a museum might become. We’ve hosted a summit for the Asociación de Arte Útil (Association of Useful Art) - which was initiated by Cuban dissident artist Tania Bruguera, and imagines art as a tool - and hosted a conference on ‘Constituencies’, which was about trying to shift the museum’s model from an audience model - a “them and us” model - towards a kind of civic ecology in which the museum is a part.

This means responding to issues that matter to our local constituents, and to the changing culture of Middlesbrough — to see how we can respond to those usefully. We have to ask ‘How does a work of art operate as a social tool, or as part of a process of regeneration?’ as well as ‘How can we use artists’ experiences from elsewhere in relation to specific local issues here?’ Middlesbrough is a complex, post-industrial town, created by migrants. Recently it’s been declared to have more asylum seekers per capita that anywhere else in the country, and the ‘red doors’ scandal has also hit headlines. So we were already immersed in the subject and researching artistic engagement with it when the application came about. Our last exhibition, 'If All Relationships Were to Reach Equilibrium, Then This Building Would Dissolve', intersects with just these concerns.

At MIMA, we have managed still to acquire works, but with very little money we have only done so by being a bit clever - like not doing a catalogue for a show, and using the budget to buy something small from the show instead. But we’ve not had the chance before in my tenure to acquire on this scale.

When we come to the fair, we’ll have already have done a lot of research into what’s around - it’s not a ”Supermarket Sweep” situation. It’s also not simply just about what hangs on the wall of the stands - galleries represent artists in a different ways, especially if the work is say, process based; we’ll build on what we know and our relationships. But it’s important, obviously, to see the work at the fair and learn what’s out there. I have a penchant for not necessarily going through the mainstream. I really look forward to seeing the smaller spaces that are here, like Magician Space, and what they come up with, and particularly how they utilise the dimensions of the stands in the Focus section.

Given the funding situation, we have to accept we either preserve these opportunities - or we begin to operate in a different way. In a way, the award allows us to try to do both. We don’t want to disassociate ourselves from the market world. I really feel we should be engaging market artists as well as those who work outside of it. I want the gallery system to maintain diversity. The opportunity this award affords is also for us to affirm and support a particular way of working within the market. It’s a two way street in that sense.

Working with the CAS and their patrons on this fund has also been an exchange. It’s important channel for us because in a place like Middlesbrough, you don’t have patrons and philanthropists as you do elsewhere in the UK. It’s been a reminder of how compartmentalised the art world can be at times: you find people just as engaged with it who are aware of totally different artists to you, and vice-versa. It’s a very fluid situation, and it’s useful to one persons understanding from one angle and different to your own. It’s good to have that conversation. These patrons don’t live in Middlesbrough - but they are very world-wise and informed, and we have to help them understand what work might be successful in this context, in this town. It was important that a group of patrons came to Middlesbrough and saw the museum and how it worked.

I don’t know how many people will be coming from Middlesbrough to London for the fair. There are artists living and working here whose radar it will be on, but lots of local people have probably never heard of it.

We started this fund with the aim of bringing collectors close to the process of acquisitions. That’s something which so many collectors don’t get otherwise - the chance to be connected to museums directly and meaningfully. On the other hand, curators - especially those out of London - increasingly don’t have the means to make these connections: even to visit London, let alone the global calendar of biennales, art fairs, and other events where they might discover artists, galleries, projects and patrons.

So what we facilitate then is a lot of different learning - for collectors to learn about museums and patronage, for curators to learn bout acquisitions and the wider art market, and for galleries, too - especially younger ones - to understand how to work with museums.

When the Contemporary Art Society Collections Committee acquired Simon Fujiwara’s Rebekkah in 2014, for example, the museums learned among other things, about production in China, how to ship things from there, and all the ramifications of storage, etc.  Fujiwara’s an artist based in Berlin: we had the chance to bring the curators to visit them there, which they hadn’t had the chance to before: learning to work directly with artists is another thing we can help foster. The collectors involved went to Berlin too, and then up to Leeds where the work was being installed.

For this new venture, museums approached us with applications. The whole shortlist was made up of very good proposals, but MIMA’s proposal tied in very significantly with a current concern, that is very present - I note that Frieze Talks has a series of around the theme of Borders this year. It’s also interesting to us that the institution is approaching a new model, trying to reach out to its constituents, so to speak. Some institutions find it difficult to communicate with their local audience about what they’re doing.

Like many regional institutions, MIMA has been often limited in acquisitions to smaller works. What we have now is quite a significant pot, which can make a real impact for their collection. The work acquired will be sited in the museums, which will have dedicated spaces for it.

I’ve been coming to Frieze since its inception. It’s bigger, and more lively, and much more international than in the past. The venue is nothing incredibly beautiful in itself. I do think viewing art should be a sort of sensual experience - it shouldn’t be a scrum. And Frieze has got there. But it’s the links that the fair offers - with collectors, with museums, with curators - that interests us. It means there’s a huge potential for new connections.

We are hoping to reach new benefactors - for them to see what’s possible, to inspire them to become involved, active patrons. We work a lot outside of London, but it’s often hard to get people to visit there. I hope that regional visitors can see what happens at Frieze and take that back to their cities, their communities: the road goes through London, but the destination, the aim, is activity across the UK. 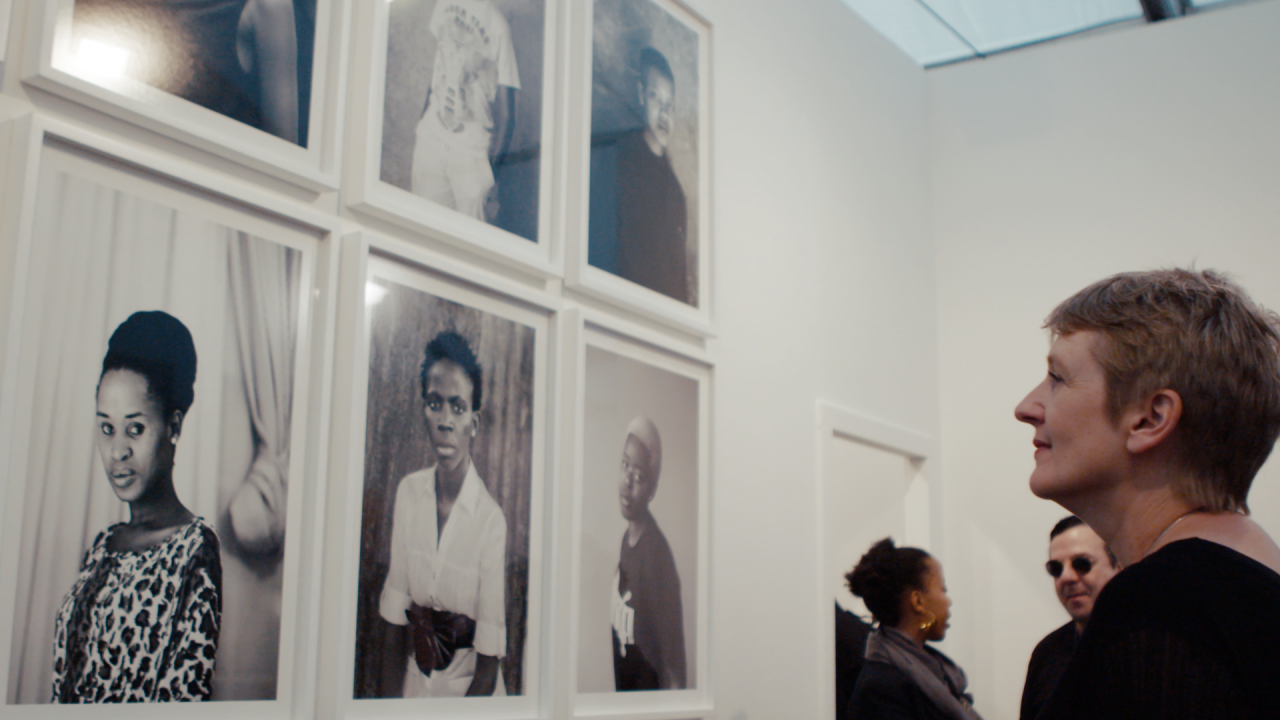 Frieze
’It's a Victory for the Participants of the Series’ 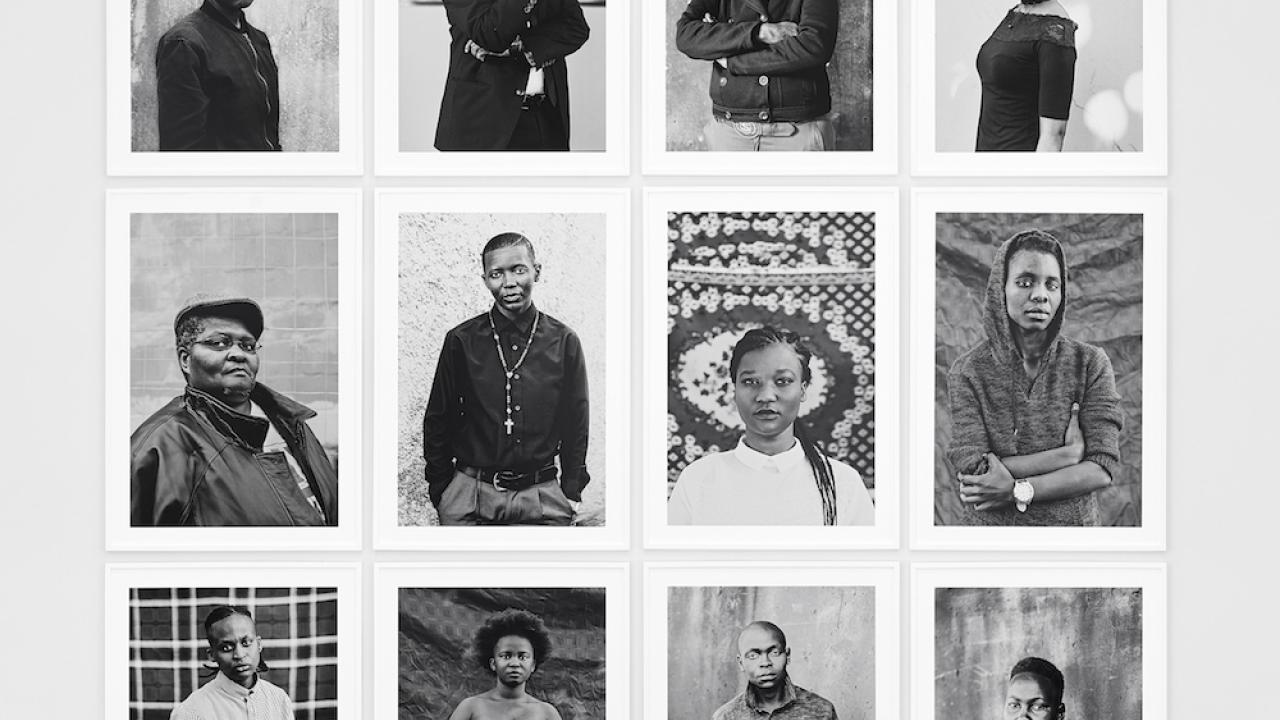