If material things seem to have taken on an almost religious significance in our consumer economy, art has remained a successfully secular and objective enterprise, continuing to offer itself up as a critical, systematic activity that traffics in cultural inquiry. Superstition, magic, or priestcraft are rarely considered, despite the fact that many artists engage in a kind of conjuring and divining of material.

Jessica Hutchins and Pedro Velez are by no means into consulting oracles or interceding with the gods, but their sculptural objects suggest a curiosity in something unnatural and spirited. Hutchins' old T-shirt, collaged with stars cut from the newspaper, and Velez' construction paper sandwiched together with oozing orange acrylic paint could be legitimately redeemed in a contemporary art context as a poor-man's Jessica Stockholder or a clumsy Tony Feher. But more compelling and unusual is Hutchins and Velez' naive attempt to attach a quasi-sacred belief system to their ephemera in order to justify and redeem their own overarching seduction by materiality and worldly success. Their simple sculptural forms pry open the secularised conceptual framework of art production in the hope of glimpsing an epistemological precept greater than the intellectual mandates of art schools and the privilege of the market place.

This search for divinity in material things starts with their approach to making art which reveals little formal etiquette or proclivity to balance or harmony. Yet the objects' awkwardness refuses to be sympathetic to discord or tolerant of ambiguity. Every piece in the show was mysteriously iconic, even slightly folksy, but ultimately a refreshing shift from the closed methodical systems characteristic of much contemporary art.

Hutchins combines papier mâché, thin gauge wire, staples, sheets of ruled paper, and colouring book pages to make a large, sloppy floor mat. Like a surface peeled from Kurt Schwitter's Merzbau, Untitled (2000) is a buckling flat mass too cumbersome for the gallery space. It imposes its crudeness on the other equally crude sculptures in the space and the loops of wire protruding from its surface literally trip visitors up. Lacking the elegance of a flying carpet or the grounding of a prayer mat, Hutchins' floor piece locates itself somewhere between a religious accoutrement and a disposable lining for a rodent cage, between the sacred and the blasphemous, between art and junk.

Butterfly (2000) is another of Hutchins' floor sculptures that is so shoddily made that belief in the uncanny is the only way one can legitimise its coming into being. Again, as a rudimentary form - an open cube - it can't escape its art precursors, but its unskilled construction animates it with a possessed presence. A dangling paper butterfly neither decorated it nor lent its meaning a rational narrative.

Velez' Postcard (2000) hits a metaphysical mark without over dependence on animated material. Commercially printed, these blue and yellow postcards, casually stuck to the gallery wall, sport a smartly designed list of contemporary artists such as Daniel Buren, Gaylen Gerber, Julian Schnabel, Ceal Floyer, and Kay Rosen. A stack of the same cards next to the gallery's sign-in book was inscribed with the words 'Curated by Pedro Velez'. This fictional exhibition announcement is as much wish fulfilment as it is a piece of critical commentary in which Velez takes a swipe at an inadequate local art apparatus while acknowledging his admiration for certain artists. Perhaps if he holds the card close to his heart and makes a wish the show will come true. Maybe even in the mid-West. All it takes is a little faith. 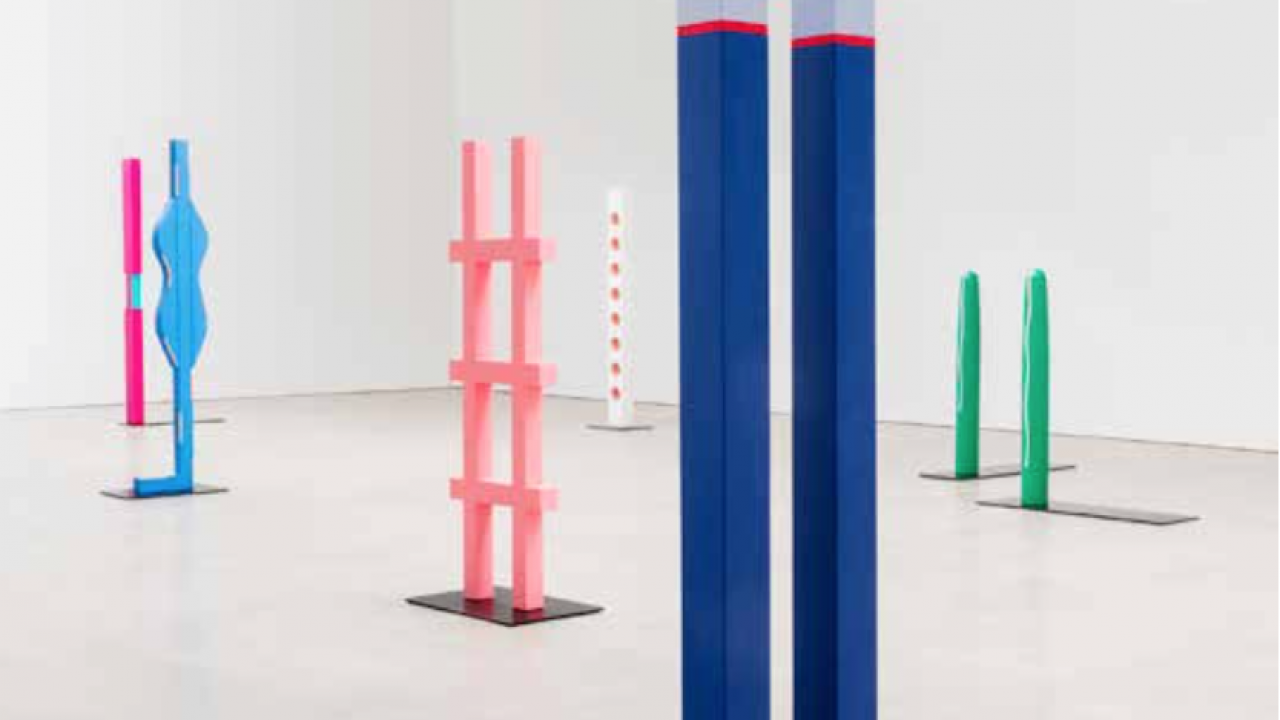