Figuration has always defined the Chicago scene. Incubated at The School of the Art Institute of Chicago and edified by the Art Institute's wide-ranging collection, surrealism’s uncanniness and outlier psychologies have perennially shaped Chicago artist’s cognitive and political creed: from the gestural existentialism expressed in America’s Monster Roster, a post-war movement led by Leon Golub, to the Hairy Who, a group of artists who started exhibiting regularly at the Hyde Park Art Center in the late 1960s. Although their ‘brand’ was a self-promotional gimmick, individually the artists of the Hairy Who skilfully deployed their attraction to graphic languages culled from mass media, developing vivid and original compositions. Jim Falconer, Art Green, Gladys Nilsson, Jim Nutt, Suellen Rocca and Karl Wirsum reaped readily available and cheap print media – comics, colouring books, and advertising – as visual material to build haunting pop imagery that perverted societal conventions of gender, beauty and sexuality.

Even among all these proficient hijinks and fantastical image-invention, however, Suellen Rocca was unique. Evident from her early Hairy Who work and maintained throughout her decades-long career as an artist and curator was a restless pursuit of compositional experimentation and visual style. She utilised a wide breadth of organizational systems, from portraiture to orderly arrangements of pop pictograms, which she executed in vast range of formal vocabularies: from hard edge contours to delicate graphite line work and tonal and chromatic expressions. Never succumbing to a singular professionalized style like some of her peers, Rocca maintained pictorial freedom throughout her life.

What she was consistent in, however, was the unceasing commitment to capturing the perplexities and the appetites of woman. Rocca was never as literal as to conspicuously depict powerlessness or oppression, just as her lexicon of tricky symbols and signifiers never locked into unambiguous illustration or merely anecdotal storytelling (both of which seem to be prerequisites in contemporary figure painting, however uninspired). Instead like June Leaf, Nancy Spero and Christina Ramberg  she invented bodies and aggregated signs to wrestle with the ebbing authority of gender in everyday life and the cultural at large.

Chicago and its location in the American interior have historically offered artists, architects, writers and musicians a different momentum and more intransigent manoeuvre than American cultural centres with tighter ties to European modernism. Yet the freedom Rocca managed to nurture in her work was also personal: a responsibility to her singular imagination.

I first met Suellen Rocca in 2016 when undertaking research for an exhibition held last year at both Goldsmiths CCA and the De La Warr Pavilion, Bexhill-on-Sea. A survey of around 15 years of Chicago Imagist work, it evolved from a keen fandom of both the Imagists’ work, and that of the many artists who regularly cited them as influences. From a small energetic seam of activity, it seemed to me and the show’s co-curator Rosie Cooper, so much had come. I wanted to show that intensely generative body of work to a new generation of young artists.

The ‘Hairy Who’, a group of six artists which included Suellen Rocca, and the wider community of artists who subsequently became known under the (sometimes–unwelcome) moniker ‘Chicago Imagists’, inimitably melded vernacular culture, comics, advertising, sex, humour and the grotesque. Within this, Suellen’s particular unique language made use of glyphs and symbols, painted in repetitive patterns, reminiscent of the flat planes of comics or surfaces carved with hieroglyphs. Through them, Suellen observed the world marketed and sold to young women in the mid-1960s: her paintings ‘anotated’ with outlines of handbags, shoes, and hairstyles.

On this first research trip –  my first ever trip – to Chicago, Suellen generously showed me her work at her home. Over some three hours, she talked modestly about the work, exhibitions and relationships she and her peers had made. Over this and a subsequent trip, with Rosie, Suellen happily answered the questions no doubt levelled at her on regular occasion. Sometimes, she sternly but with kindness dispelled the misconceptions and delusions we had about the artists we’d become so enthusiastic about: like the idea that the Hairy Who regularly collaborated and co-authored works, something which actually happened very rarely.

Since 2006, Suellen had been Curator of the art collection at Chicago’s Elmhurst College, and she gave Rosie and me an in-depth tour. She had the collection installed in and around the book and DVD shelves of the college’s library –a busy working space where students could study and lounge alongside these works. I found the idea of a collection being ‘put to work’ in this way quite affecting:  Suellen had set up a situation where young college students were able to study underneath some of the best works by Gladys Nilsson, Jim Nutt, Christina Ramberg and, of course, Suellen herself.

Suellen’s commitment to the collection, and her desire to tell the full story of this important group of artists, ultimately shaped the exhibition as it finally came together. We were lucky enough to have her and her fellow artists Sarah Canright, Art Green and Gladys Nilsson over to attend the opening, where they took part in a panel we moderated. During the discussion, Rosie and I were very happy to discover, we simply couldn’t get a word in.

At the time she passed, Suellen Rocca was working on an exhibition at Secession, due to open in July this year. I was very much looking forward to it and I believe Suellen was too. She had already made a selection of drawings for the show’s publication, which she wanted to produce as fanfold artist book, and was making new paintings and drawings in her studio in Romeoville, Illinois.

We had loosely been in touch since last summer, when we first outlined our collaboration. It’s often assumed when you work with an artist whose work spans over several decades, you plan a retrospective. But this is not what we do at Secession. Rather, we offer artists carte blanche and encourage them to show new work. As Suellen was an artist with also a curatorial practice, I was especially interested in how she’d approach the invitation.

We had proposed Suellen show her work in the Secession’s Grafisches Kabinett. An intimate exhibition space, with wooden parquet floor and ribbon window offering a view to the street, this space exudes a somewhat domestic feeling, which seemed perfect for Suellen’s work. And, although she hadn’t been able to do a site visit yet, I think she had an astonishingly accurate idea of the space and its character: she suggested installing a sculptural display for her drawings and paintings that consists of a simple bed and a folding-screen (echoed by the fanfold layout of her book?). Resonating with the homely aspect of the space, it also creates a protective setting for the ‘internal’ imagery found in her work.

The image of the human body as a container or source runs through all paintings that we still hope to be able to show. Suellen had started to work with the motif of the torso in the early 2000s: sometimes with a more extrovert expression with arms reaching out (Departure, 2012 and At Sunset, 2013), and sometimes more closed and self-contained (Night, 2014, and two recent paintings that are still in Suellen’s studio). The torsos act as containers for small pictogram drawings, just like those found in Suellen’s early work: simplified renderings of chairs, beds, houses, bubbles, legs, hands, plants, clouds, rivers. These shapes are scattered around the torso, to me, indicating a dreamlike consciousness.

The unexpected news of Suellen having passed away came at a time of great global uncertainty, during the COVID-19 pandemic. It is sad that there’s no longer a chance to discuss the exhibition with Suellen and ask her about new work, but I’m grateful to Ted Turner at Matthew Marks gallery who has helped to get images of the works in the studio and for sharing his knowledge of Suellen’s latest plans. When the world had kind of turned upside-down, and nothing at all is as had been expected, I hope we can still realize her vision.

Jeanette Pacher is a Curator at Secession in Vienna, Austria. 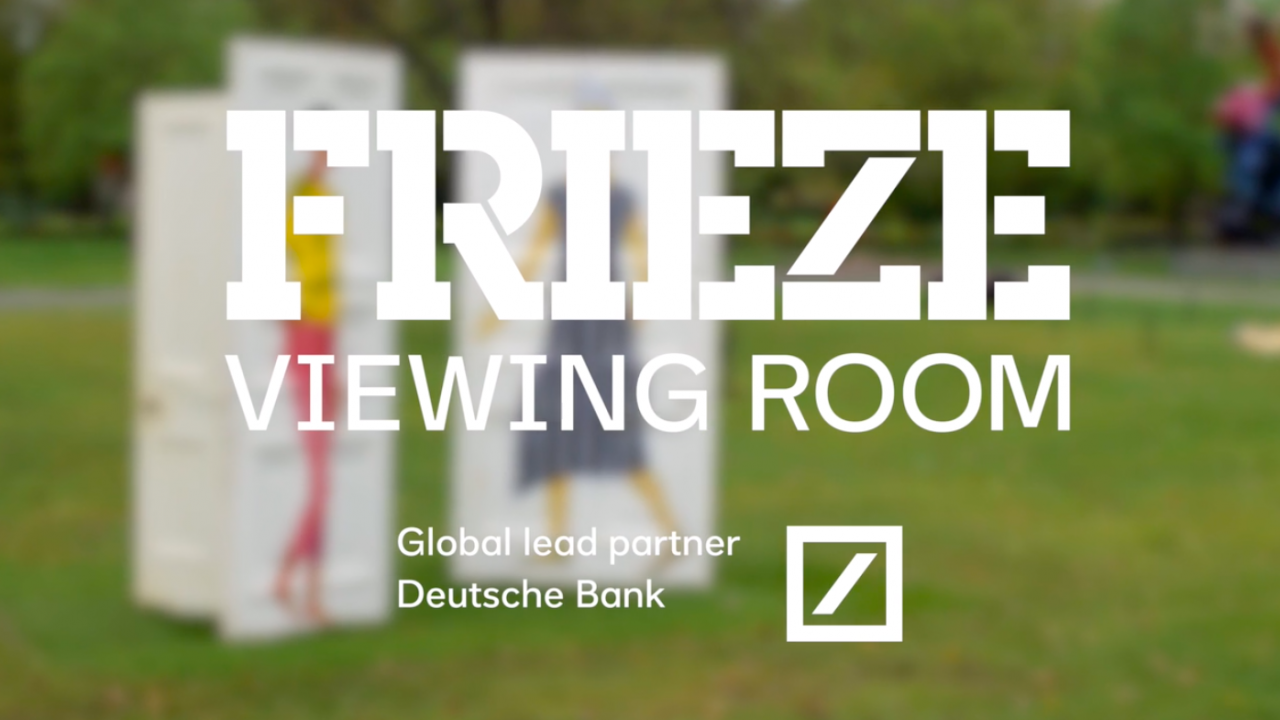 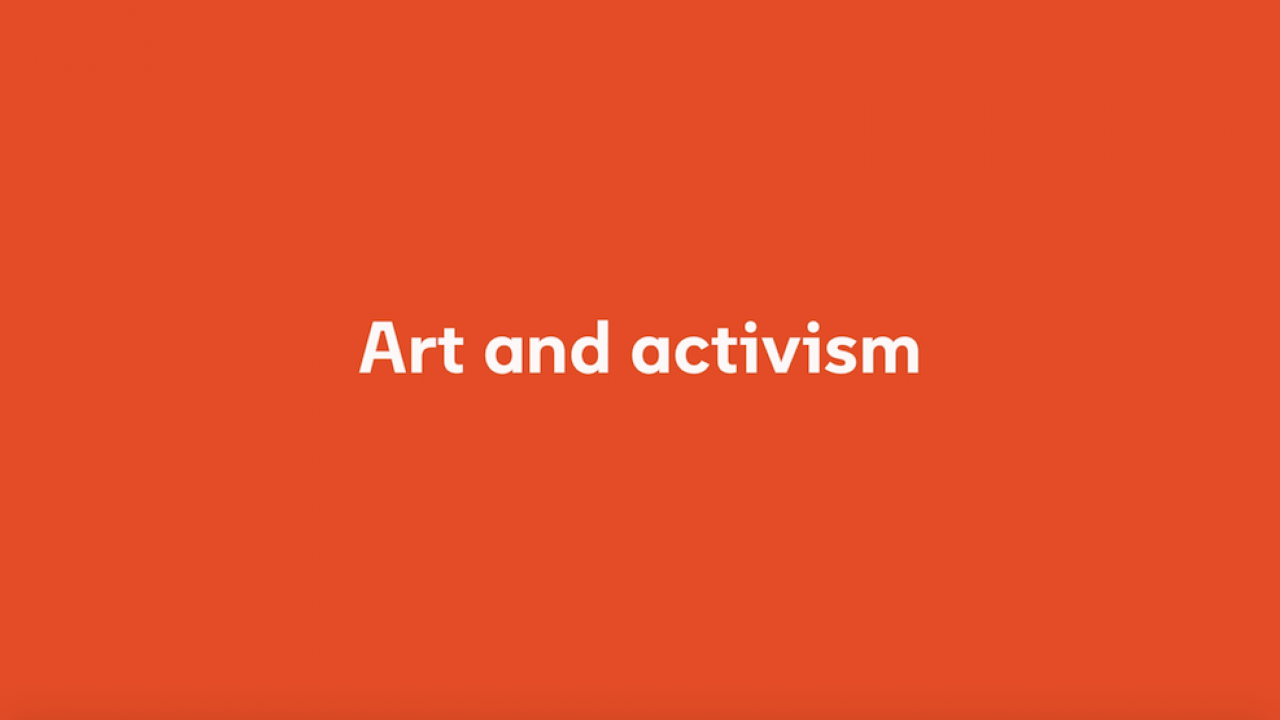 The artist talks to the Broad curator about dreams and politics, parallels between contemporary America and her native Iran, and how the Corona virus epidemic is creating a universal human experience 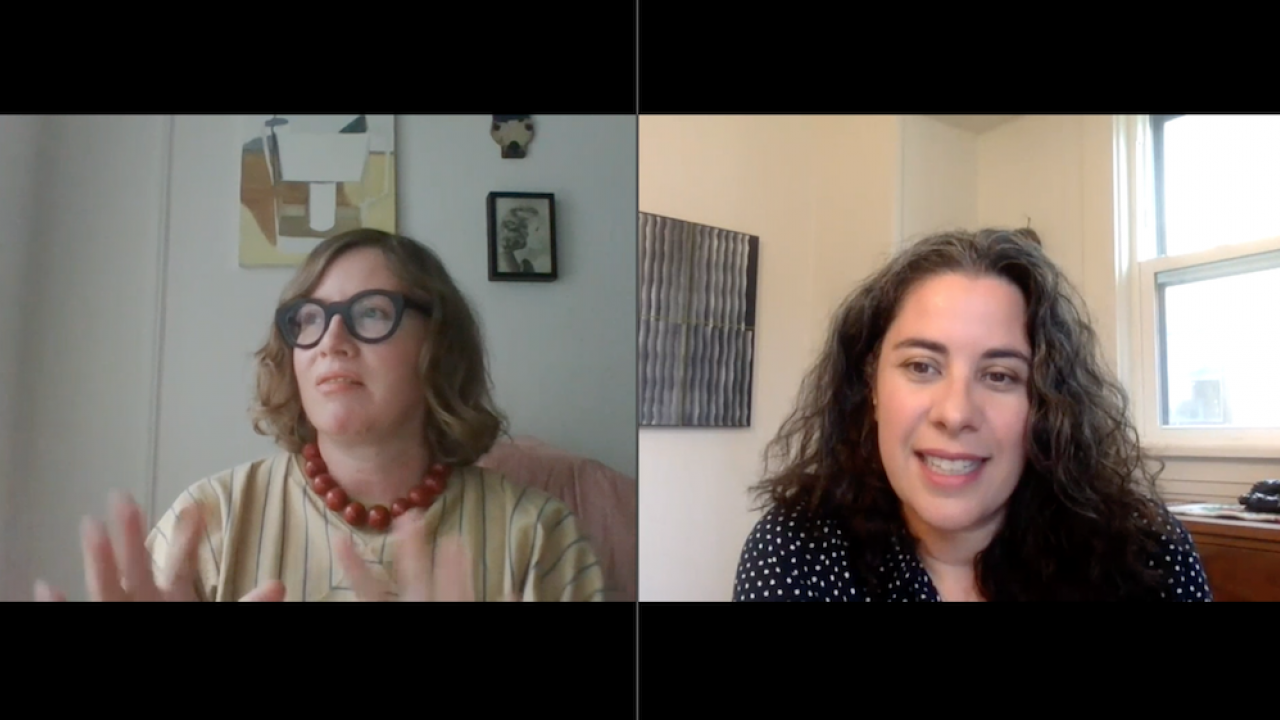 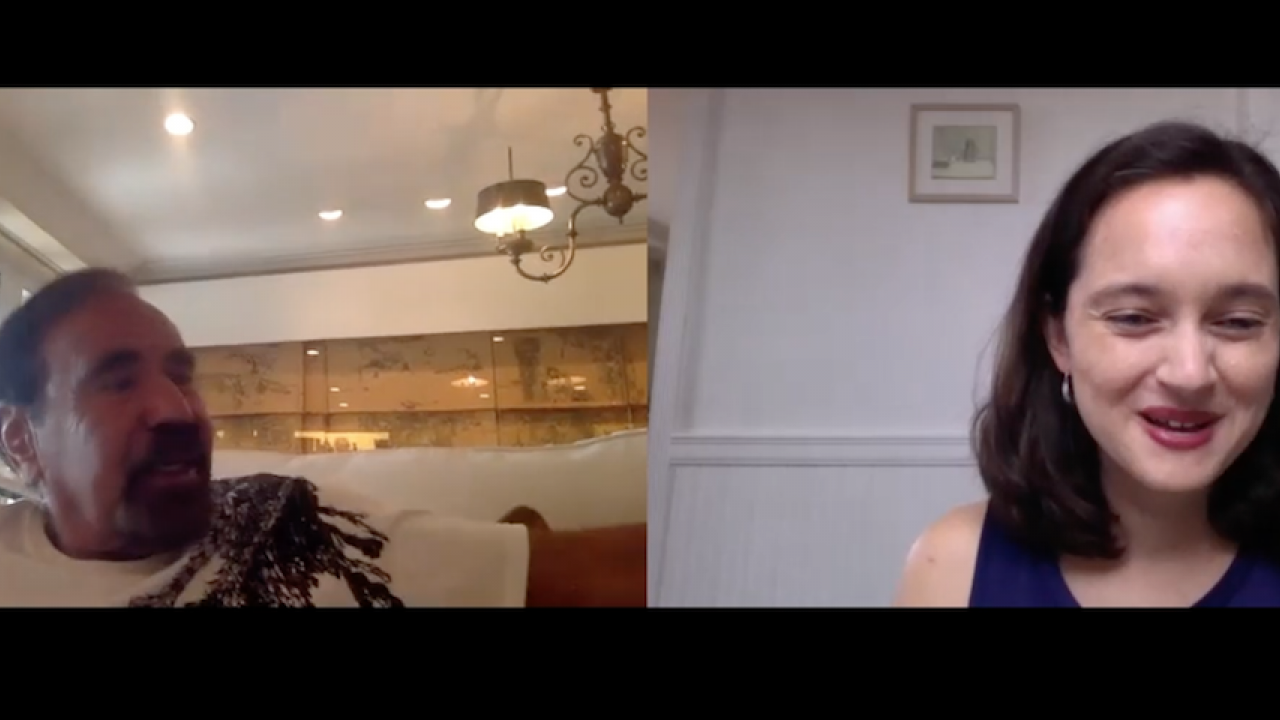 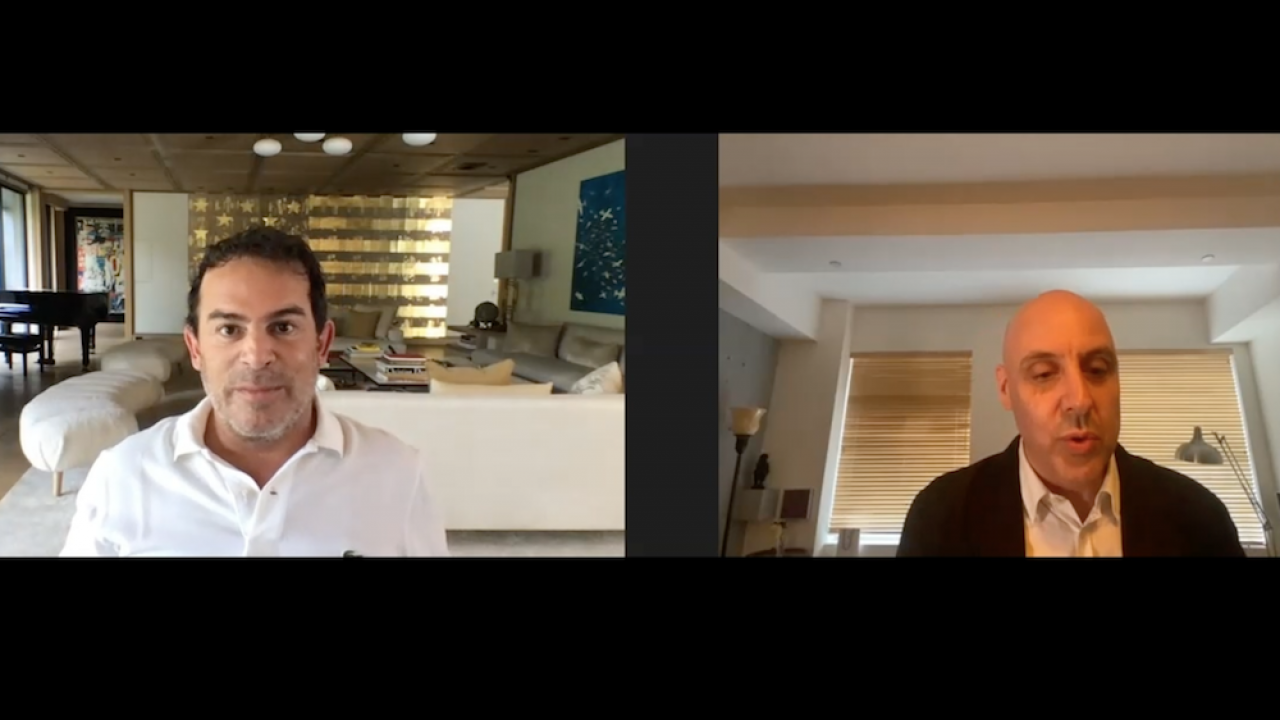 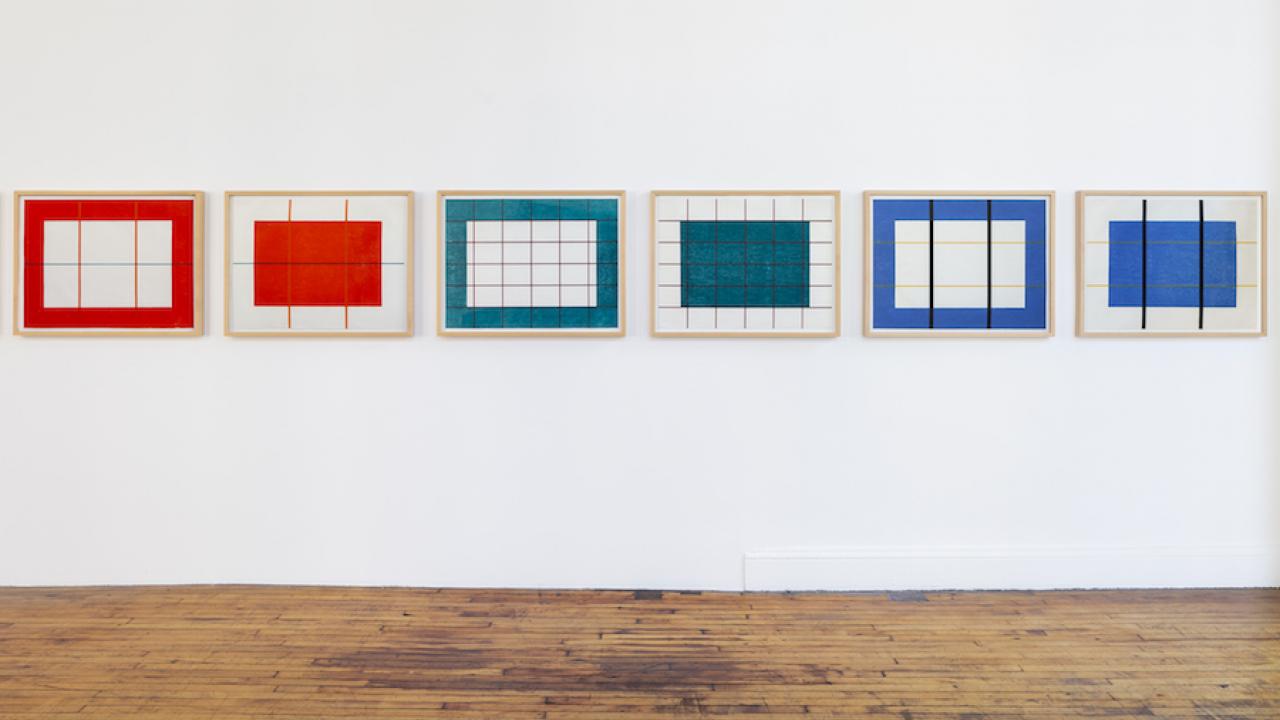 Frieze
Watch Now: A Talk & Tour at the Judd Foundation

A highlight of the online VIP program for Frieze Viewing Room 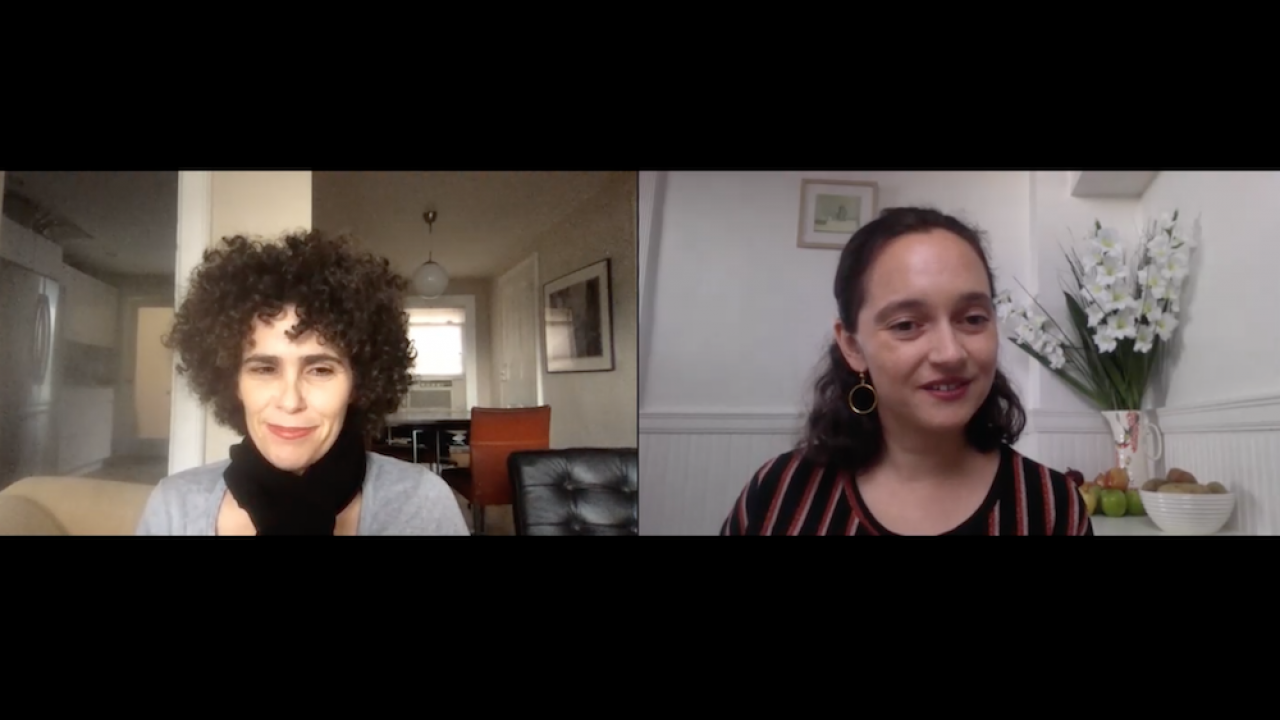 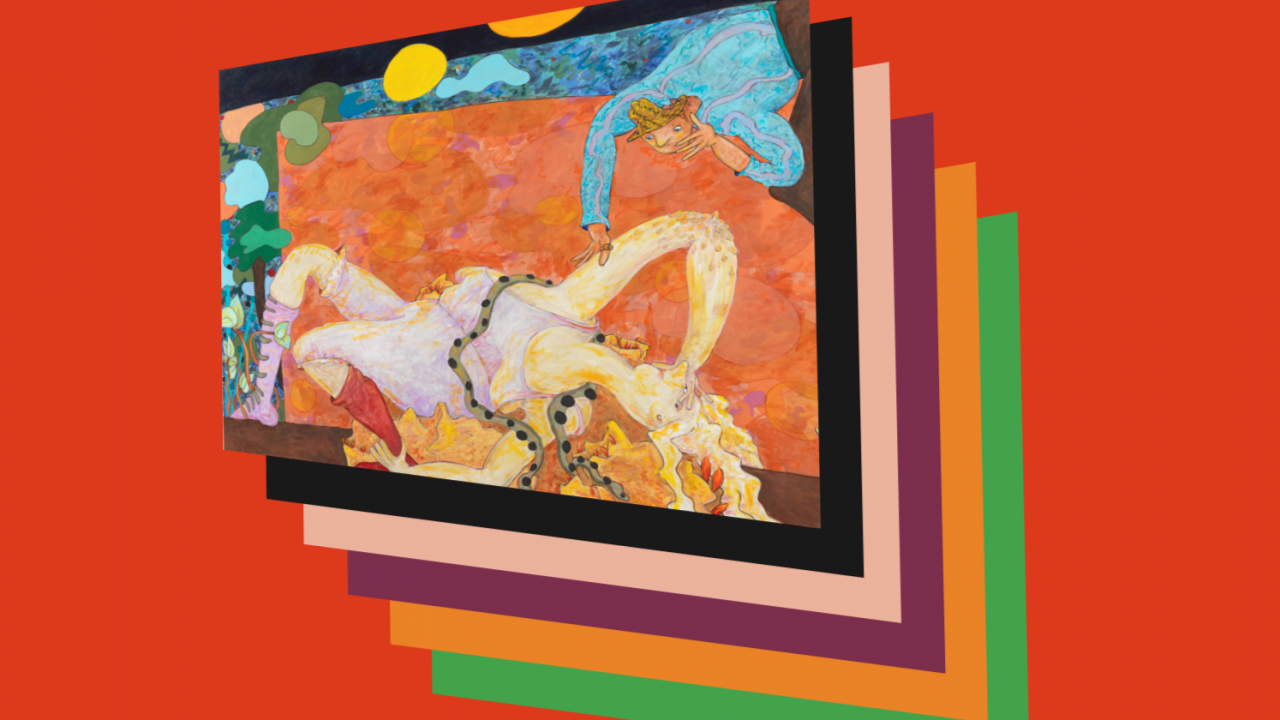