Born in 1972, Ján Mancuska is a conceptual artist who explores the materiality of language and film. Here he interviews Jirí Kovanda about his pioneering work of the 1970s – an encounter between two generations of artists

Ján Mancuska I’m interested in the initial impulse that led to your ‘actions’. What did you do before them?
Jirí Kovanda I was doing drawings in a notepad. Then I did collages.
JM Have you ever exhibited them?
JK  Last year, for the first time.
JM So your first public events were your actions?
JK  I had my first exhibition in Warsaw, in a student gallery, with photographs of my actions. Untitled (Standing on Wenceslas Square with arms outstretched ...) (19 November 1976) was in it, as was Untitled (Waiting for someone to call me ...) (18 November 1976) and other things I had done.
JM How did you end up in Poland?
JK  I went there for the first time in the spring of 1975 with friends. By chance we visited Repassage Gallery – a small student space in Warsaw’s old town – and started talking with some guy there. Through him we met Zofía Kulik and Przemysław Kwiek, who showed me around the local scene. Paradoxically, it was through them that I got Petr Štembera’s phone number here in Prague. When I got back, I called him right away. He was really helpful and invited me over. That’s how I met Jan Mlcoch and Karel Miler, too. 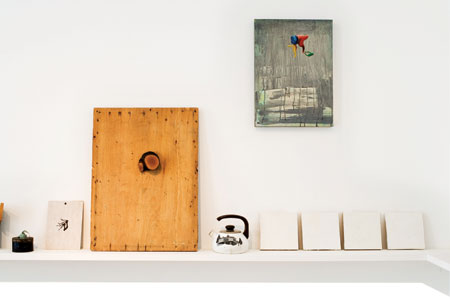 The gender and sexuality theorist speaks to Sean Burns about his book, ‘Wild Things: The Disorder of Desire,’ and why gay men are a fast lane for capitalism