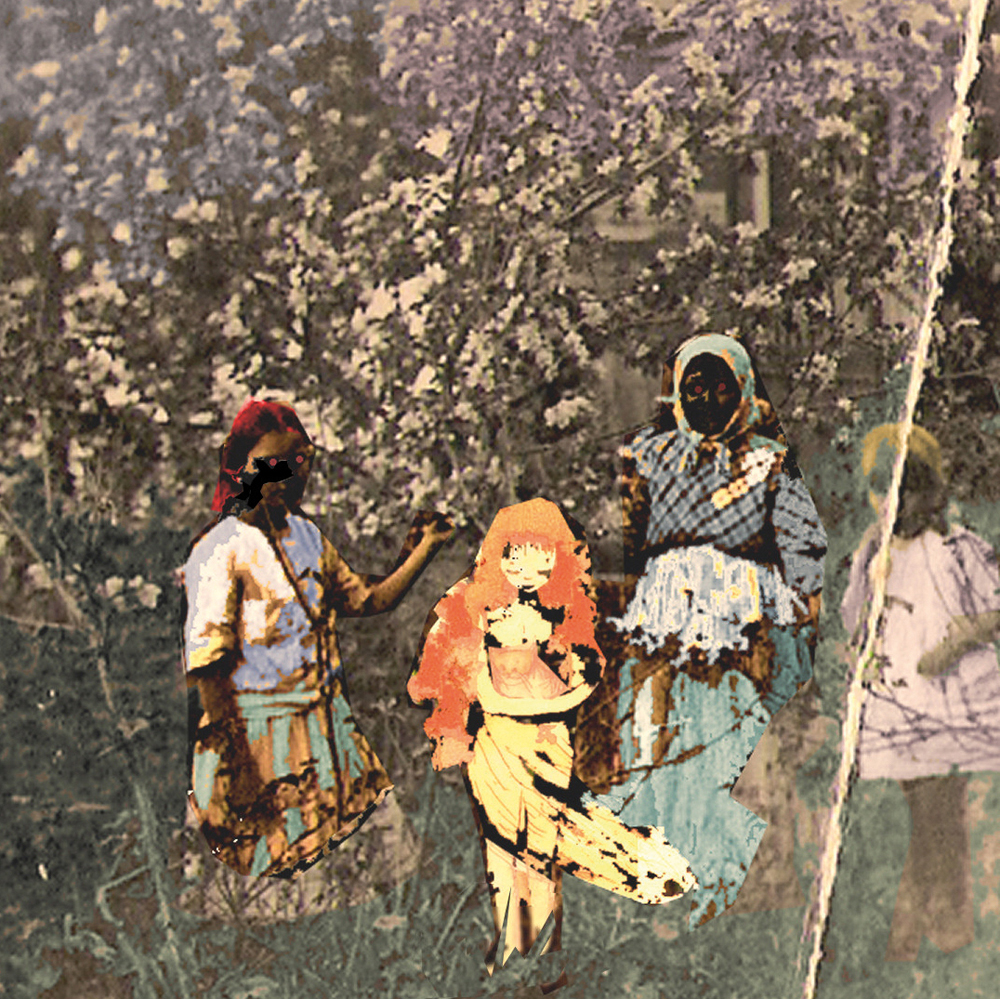 ‘Mould has conquered the cave studio’, reports Lauri Ainala. ‘Tuote has been torn down, and no rock has been left at the site of Densis.’ He’s talking about the various recording studios inhabited by Finnish band Paavoharju, which he leads alongside his brother Olli. Their sound mirrors Lauri’s description of places where it was made: movement through a patchwork, personal geography beset by entropy and soft-focus nostalgia.

Upon first listen Paavoharju’s sophomore album, Laulu Laakson Kukista, feels like ambient folk. Impassioned female and male vocals accompany piano, strings and a bed of gentle noises. The beats – sometimes sounding like a slowed-down Aphex Twin or occasionally like a garage band playing in a basement – pay no particular attention to timing. Paavoharju tunes are defined by smudges and fades. Their longest song clocks in at under four minutes.

‘Italialaisella laivalla’ packs much into its short time. It begins with deadpan vocals and finger-picked guitar reminiscent of Leonard Cohen. About 90 seconds in, a wave of digital noise swells up. More suggestion than statement, it’s just loud enough to destabilize the 1970s’ production feel. (Quiet blow-outs like these pepper the album.) The singer–songwriter structure exits discreetly a minute later, replaced by calliope (sampled, perhaps, from the ‘Italian ferry’ to which the song’s title refers). This soon gives way to a bowed cello line doubling up as it evaporates into birdsong. These changes occur subtly and are common on Laulu Laakson Kukista. This is ambulatory music whose aquatic ebb and tide finds an echo in the lyrics: nearly every song references water, ships, clouds and rain.

Laulu Laakson Kukista exploits an ambiguity between intimacy and distance to powerful effect. Warm acoustic sounds wander off onto frozen steppes. Glitchy digital data-bursts, usually off-putting in any context, take on a homely feel to become the most present element of the mix. Analogue synths sneak around the stereo field’s far reaches. The play between foreground and background pushes it further from folk and into the realm of electro-acoustics.

‘We are not too exact with the accuracy of playing, so we don’t record too many different takes. Usually we use the first one that is good enough’, says Ainala. Lauri (who handles arrangement and production), then tosses these ‘good enough’ moments (written by his brother, performed by close friends) into the computer’s slow compost heap. ‘Post-production’, he says, ‘is very often the most important thing which defines the outcome. Recordings may take only a couple of hours, but post-production may take weeks, months or years. It’s impossible to depict the post-production because it’s so long and delicate a process.’ While never foregrounded, their attentive digital sculpting helped win the group fierce admirers among electronica fans. Paavoharju construct a distinctly polyvalent sound by eliding genre signposts in favour of meticulously abraded signage.

Like the Voynich manuscript – a medieval document whose indecipherable language has stumped many of the 20th century’s best cryptographers ­– Paavoharju would be less meaningful if they were easier to understand. ‘Paavoharju is an invented word,’ explains Lauri, ‘but it sounds like a place name. Harju means ridge.’ It also alludes to 18th-century Finnish lay preacher Paavo Ruotsalainen. Self-identified ascetic, born-again Christians, devotional and cryptic, Paavoharju describe their gift in the opening track: ‘The roar of rain on a tin roof combines / With the portable television’s random-dot-pattern-noise / And hymns coloured by an old vinyl player.’