If the subject of Miroslaw Balka’s art is memory, which is the standard take on his work, it is only so in a negative sense: as a critique of the presumption that art is able to directly reference history or the previous contexts of its constituent found objects. In Balka’s work, the view into an object’s past is indirect, obscured or blocked. Narrative is not achieved by pointing to a world beyond the art work; it is improvised out of formal conjunctions among objects.

The titles of the four sculptures in Balka’s recent show, ‘Nonetheless’, were simply lists of measurements of the works’ elements, a Minimalist device that aligns him with an anti-referential methodology. 268 x 142 x 54, 84 x 40 x 22 (2008) assembled a collection of planks that would not have looked out of place in a Robert Morris portal sculpture from the early 1960s, except that Balka’s wood is marred by splashes of plaster dust and protruding nails. Three timbers formed a single step, standing slightly apart from a tall vertical plank topped by a shelf on which an empty glass rested. The cartoonish irony of so much structural ballast defying so little gravity served to defy more sinister resonances: the glass was symbolically ‘walking the plank’ and the overhanging shelf resembled the ledge of a gallows. But that separate step was the work’s malign crux, intimating an act of aloof spectatorship, yet it could not be stepped on without tipping over. Its dysfunctionality rendered it a symbol of formal dissociation from the structure raising the glass, as opposed to an invitation to participate.

Balka’s materials traverse the line between found objects and neutral sculptural media. The aura of silence he imparts to his work is distilled from noise and static, like a valve selectively opened. In 105 x 25 x 25 (2008), he frames the image of levitation – a metaphor for transcendence – bathetically. A single, used brick was propped up on a thin steel rod. The generic dimensions of the brick – in Carl Andre’s sense of a standard module of given material – neutralize whatever ability it may have to evoke and causally link itself to the past as an object marked by the hands that have wielded it, or the walls in which it has been a building block. Theatrically brandished by the rod, the brick is both seed and relic. As a seed for a constructive process, its comic levitation resists the relic’s investment in the past.

130 x 32 x 17, 46 x 32 x 2 (2009) consisted of four 1960s or ’70s tea trays. Each is a unique object that Balka salvaged from the Ministry of Culture in Warsaw in the aftermath of the Communist collapse, but their conjunction – as a tic-tac-toe of linked lozenge-shaped modules – surrenders that particularity to a basic spatial syntax, like the reflex action of a dispenser. The first three trays were screwed together, end to end. Two were flat against the wall, the third projected outwards at a 45-degree angle towards the fourth lying on the floor. This final tray was florally-patterned, as though the printed flowers, succumbing to gravity, had landed there, skipping over the drama of the trays’ provenance.

In a dim back room, 120 x 80 x 15/DB (2008) resolved the gravitational theme into a note of defeat. An industrial wooden palette laid prone on the floor, its inner surfaces threaded with copper-coloured fairy lights. DB refers to the Deutsche Bahn – the German railway system – one of the logos branded into the wood. This was the most attenuated of Holocaust references, attached to a palette too modern to have any causal connection to this elusive historical referent. The lights mournfully rose and dimmed, like a weak welding flame, and then sped up to the absurdly festive wink of Christmas tree lights, as though to diffuse a too overtly elegiac air. Balka’s attempts to overcome the weight of the past through spatial conjunctions had been abandoned and transferred to a temporal metaphor. The flashing bulbs punctuated time, as though the palette were ageing exponentially before our eyes, tactfully pulling away – like the train that probably carried it – from the history which has left its mark indelibly on the battered wood. 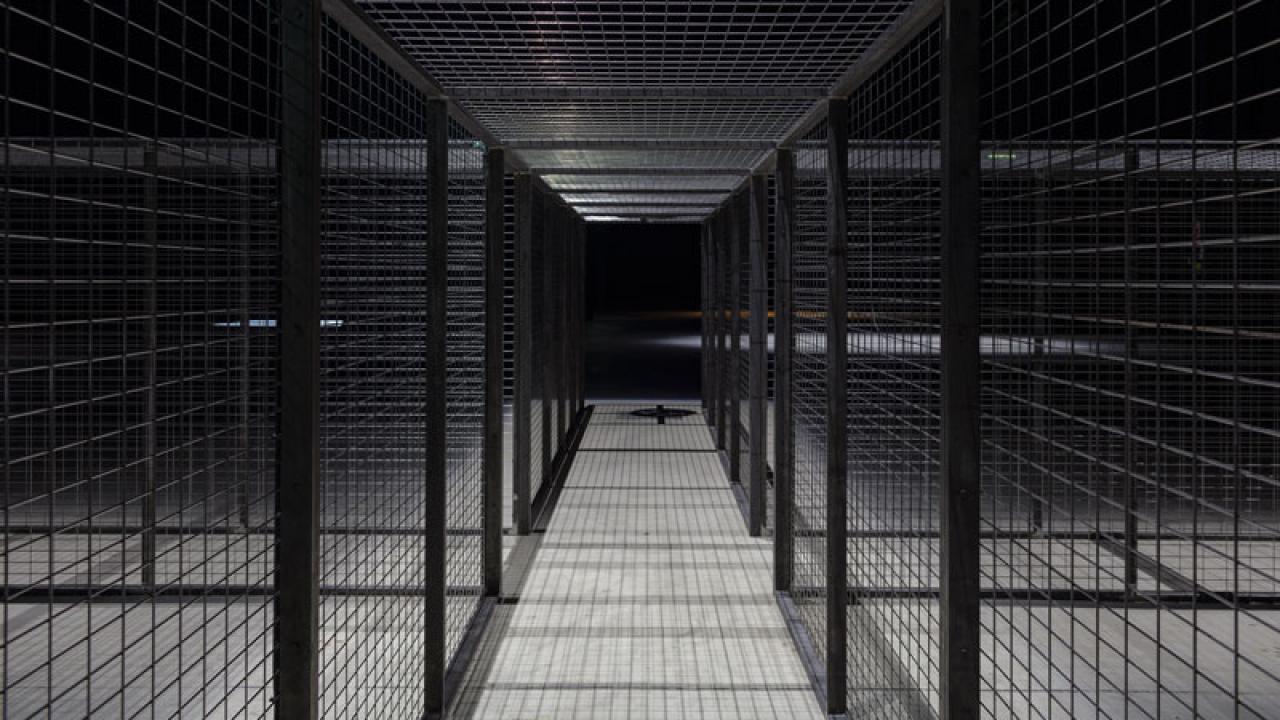 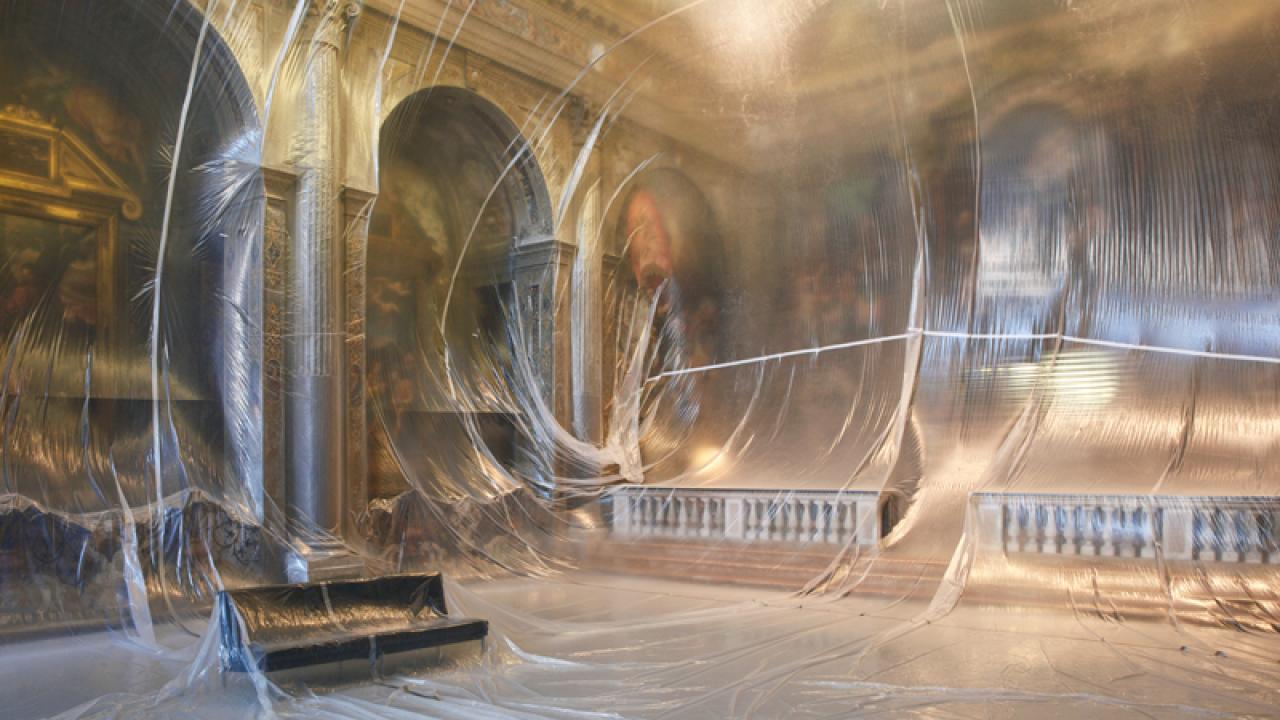 Ahead of this week’s miart art fair, a guide to the best shows around town

At Museum Frieder Bruda’s Salon Berlin, the artist reflects on the banned and burned books during the Nazi regime