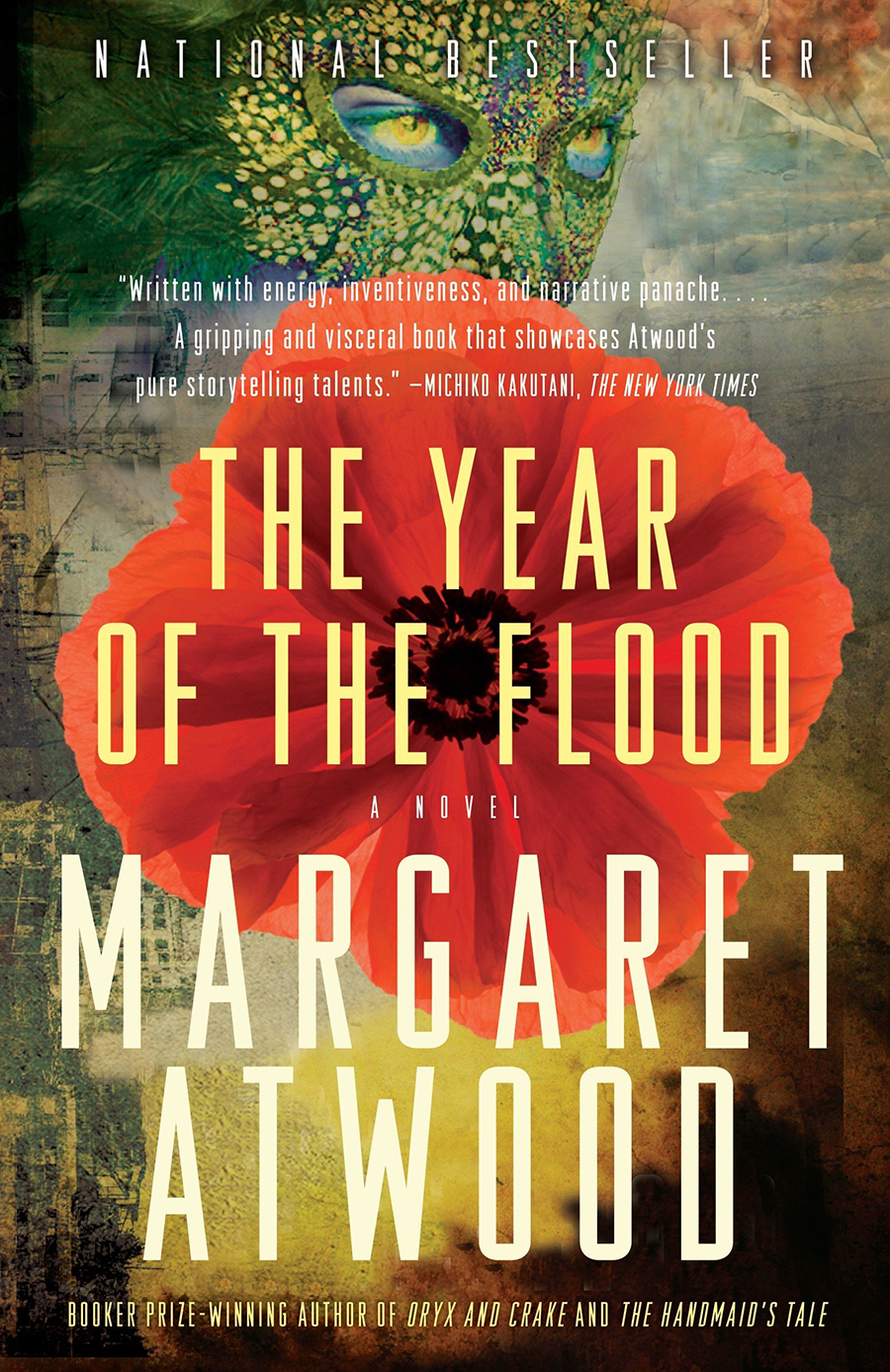 ‘I thought you didn’t believe in God,’ says one of the characters in Margaret Atwood’s 2003 novel Oryx and Crake. ‘I don’t believe in Nature either,’ the young scientist Crake replies, ‘or not with a capital N.’ Atwood’s latest novel, The Year of the Flood, makes a return to both Nature (with a capital ‘N’) and to God. The Year of the Flood centres around God’s Gardeners, an eco-religion which constitutes one pocket of resistance to the corporate capital that dominates the novel’s near-future universe. The Gardeners’ vision of Nature-as-God is striking in contrast with the memorable description of nature in Lars von Trier’s recent Antichrist: ‘Nature is Satan’s church,’ announces the unnamed female character (played by Charlotte Gainsbourg). If, for God’s Gardeners, Nature is a despoiled paradise that we must tend back to health, for Von Trier’s character, it is irredeemably pathological, necessarily evil. In Antichrist, Nina Power argues, ‘Nature has revealed itself as the relentlessly cruel, profoundly disgusting indifferent monster it always was; human nature is even worse, and women are as disturbed and disturbing as anything a malevolent deity could create in its worst dreams.’

Atwood’s novel captures very well the way in which climate catastrophe is both inevitable (a scientific fact that only cranks deny) and impossible for us think about or assimilate: ‘Everybody knew. Nobody admitted to knowing. If other people began to discuss it, you tuned them out, because what they were saying was both so obvious and so unthinkable […] We’re using up the Earth. It’s almost gone. ’ Atwood’s attitude towards the Gardeners’ doctrine of a beneficent Nature seems to be similar to that of one of the novel’s main characters, Toby, who joins the religion without ever accepting its credo. Atwood appears to believe that, since the tendency towards religion is so ubiquitous in human culture, a religion dedicated to ecological principles should be pragmatically supported because of the benefits it might bring in the struggle against climate change. She is too drily materialist to bend events in the novel to fit the eco-mysticism of God’s Gardeners. At a point of desperation, Toby prays to a group of bees – but, indifferent to her entreaties, one of the bees crawls up her nose.

This moment recalls Werner Herzog’s astonishing 2005 documentary Grizzly Man (2005), which was assembled largely from footage filmed by grizzly bear enthusiast Timothy Treadwell while he lived in the wilds of Alaska. Treadwell emerges as a heroically ludicrous figure, whose attempt to ‘return to nature’ via a communion with the bears comes to a macabre end when he and his girlfriend were killed and partly eaten by one of the grizzlies. Where Treadwell imagined that he was establishing a kinship with the animals, Herzog detects only the boredom and indifference of a predator.

Herzog’s film is like a tragicomic reprise of some of the themes that Atwood broached in her 1972 masterpiece, Surfacing. Here, the (again unnamed) female character – searching for her lost father in the Canadian bush – reaches an identification with Nature itself: ‘I am not an animal or a tree, I am the thing in which the trees and animals move and grow, I am a place.’ It is clear, though, that the cost of such an identification is total schizophrenic breakdown (which for Atwood does not necessarily carry all the positive libidinal charge that it can for Gilles Deleuze); and Nature does not reciprocate her character’s embrace. At the very end of the novel, the character has a vision of something that might be the ghost of her father, an animal, or perhaps the spirit of Nature itself: ‘I’m not frightened, it’s too dangerous for me to be frightened of it; it gazes at me for a time with its yellow eyes, wolf’s eyes, depthless but lambent as the eyes of animals seen at night in the car headlight. Reflectors. It does not approve or disapprove of me, it tells me that it has nothing to tell me, only the fact of itself […] I do not interest it, I am part of the landscape, I could be anything, a tree, a deer skeleton, a rock.’

The conclusion of Surfacing, in which nature ‘asks and gives nothing’, of course contrasts with God’s Gardeners’ image of nature as a home for an errant humanity which has not properly cared for it. But it is equally opposed to Antichrist’s vision, because, if ‘Nature is Satan’s church’, it is still intelligible, it still has a meaning (albeit a malevolent one). Nature speaks in Antichrist – literally. At one point, a fox gnaws at a stomach wound before looking up at the male character and announcing ‘chaos reigns’. ‘It should be a horrifying moment,’  Rob White observes, ‘but at more than one screening I attended, the audience laughed, surely indicating the fundamental unscariness of anthropomorphism, even when it is accompanied by autophagia.’ Evil Nature is more reassuring than a Nature which not only doesn’t care, but couldn’t care, because there is no nature-as-subject capable of any kind of intentional state in relation to human beings or any other animal. This is a cold message that we need to accept now more than ever – it is not belief in Nature (=God) that we now need to cultivate, but a renewed belief in collective politics. As Slavoj Žižek argues in his latest book, First As Tragedy, Then As Farce (2009), it is imperative that we avoid the illusory seduction of a return to mother earth that never existed in the first place: ‘we should remain resolutely modern and reject the all too glib generalization whereby the critique of capitalism morphs into the critique of “instrumental reason” or “modern technological civilisation”.’ Instead, we must use ‘instrumental reason’ and ‘modern technological civilisation’ precisely to organize better use and distribution of resources.